Twelve people have been killed and 78 have been treated at hospitals following a huge fire at a west London tower block. 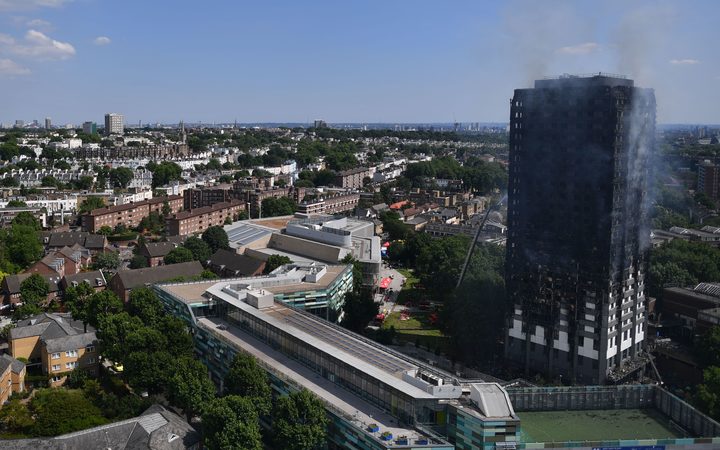 Grenfell Tower was left a burned-out husk after the blaze. Photo: AFP

Massive flames licked up the sides of Grenfell Tower on the Lancaster West Estate as 200 firefighters battled the blaze along with 40 fire engines. Plumes of black smoke were still billowing into the air hours after the blaze was sparked.

Police said they expected the number of fatalities to rise.

"Sadly I can confirm that there are now 12 people who have died, that we know of," Police Commander Stuart Cundy said.

"This is going to be a long and complex recovery operation."

Fire investigators are still to determine the exact cause of the fire, but suspicion is falling on the cladding because of the speed at which the building was engulfed.

Last month New Zealand made changes to the type of cladding that can be used on buildings.

The vice-president of the Society of Fire Protection Engineers, Michael James, said there will still be some buildings in New Zealand that have the same type of cladding.