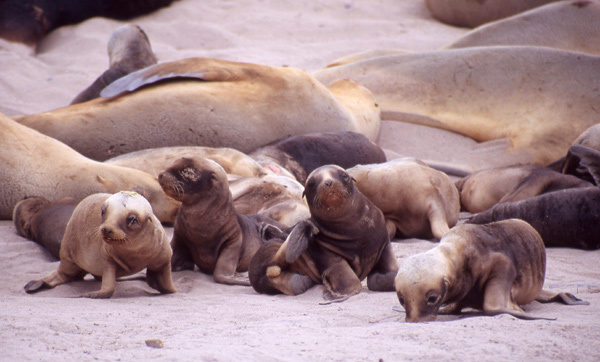 The breeding ground at Port Pegasus on Stewart Island needs to have at least 35 pups born each year for five years to mark it as an official colony, and 2018 is in line to be the fifth successful year.

Department of Conservation Stewart Island ranger Kevin Carter said he was already planning how to celebrate the occasion.

Mr Carter visited the breeding ground to count this year's record 40 pups, and found sea lions scattered on the beach, up hills and even venturing inland.

"You might be a few hundred metres inland and all of a sudden you come across a [male] sea lion."

There are only about 10,000 of the nationally critical species left, and their main breeding colonies are in the sub-Antarctic Auckland Islands.