The famous Hillary Step - the last great challenge before the top of Mount Everest - has collapsed, potentially making scaling the peak more dangerous. 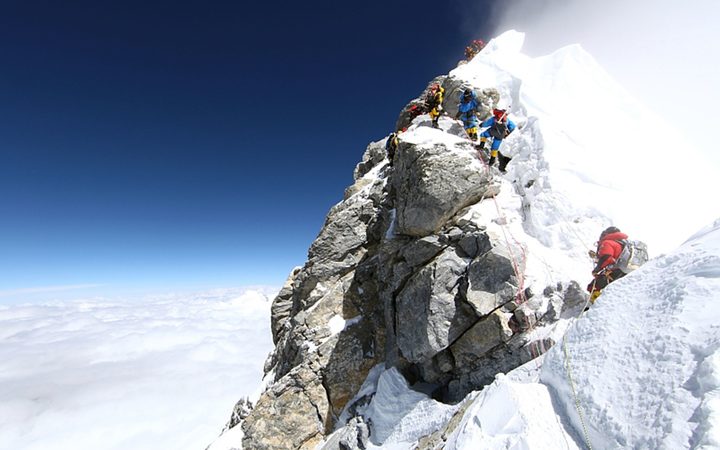 Unidentified mountaineers walk past the Hillary Step while pushing for the summit of Everest on May 20, 2011. Photo: AFP

The near-vertical 12m rocky outcrop on the mountain's southeast ridge was named after Sir Edmund Hillary, who was the first to scale the mountain in 1953.

British mountaineer Tim Mosedale confirmed the Step had gone on Facebook after scaling the mountain.

He said the loss of the Step was "the end of an era".

"It is associated with the history of Everest, and it is a great shame a piece of mountaineering folklore has disappeared," Mr Mosedale said.

"Until I've seen it myself, it's kind of hard to tell from a photo, but you know if other guys are saying there's a change, then potentially something has been altered."

Getting to the summit would be a lot more difficult without the Step, he said.

"The way around it is going up the other side of the mountain, coming up from the north.

"That route has pretty awkward rocky steps, one of them is so difficult they've put ladders on them," Mr Woodward said.