Part of an Insight investigation by Teresa Cowie. You can hear more about tensions caused by the growing demand for medicinal cannabis, on Insight after the 8 o'clock news, this Sunday Morning.

Campaigners say the hit and miss approach to policing the use of medicinal cannabis that puts dying people before the courts, but lets other off, needs to be replaced with national guidelines. 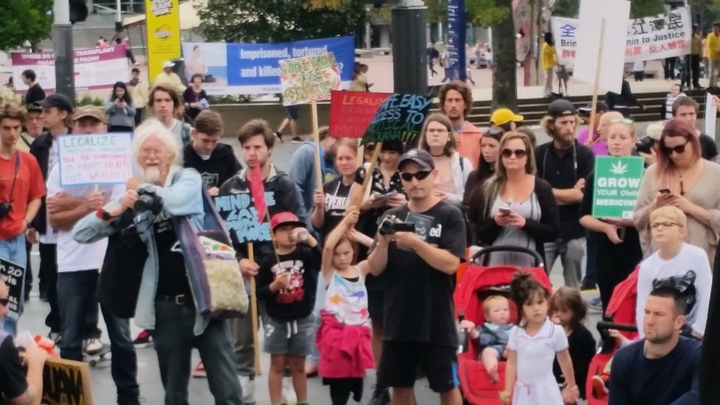 At the moment it's up to the individual officer to decide what to do in situations where medicinal use is claimed, but campaigners say that can be unfair.

Many medicinal cannabis campaigners are very public that they are taking or making cannabis-based products at home. 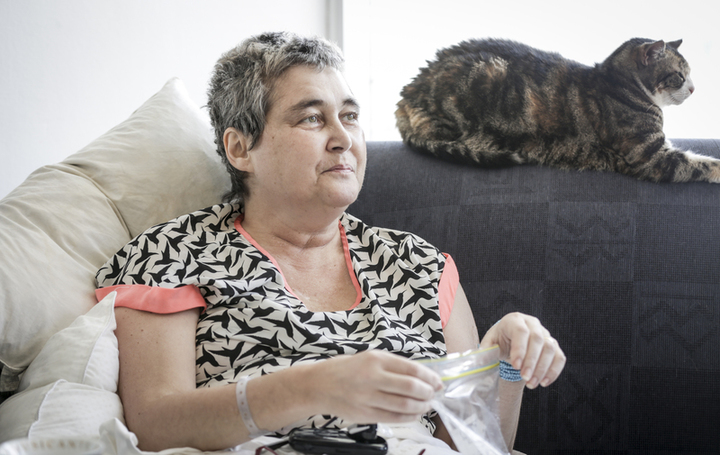 Helen Kelly at home in Wellington with her supply of medical marijuana. Photo: RNZ / Rebekah Parsons-King

But while high-profile campaigners like the late Helen Kelly and campaigner, Rose Renton, aren't feeling the force of the law, other sick and dying users are. 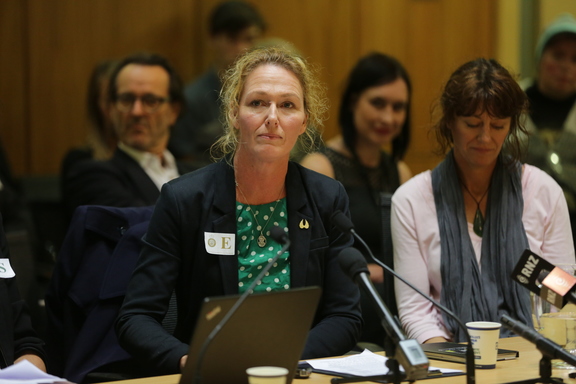 Rose Renton speaking to MPs about her petition to decriminalise cannabis for medicinal use. Photo: RNZ / Hans Weston

The police don't keep records of when someone is let off for medical use.

It says any defence or explanation is provided if there is a hearing or trial, or in a submission at sentencing or diversion.

But the founder of the lobby group, Medicinal Cannabis Awarenes Shane Le Brun says while police discretion may sound fair, it's not always working out that way.

"Up north there was a quadriplegic who was raided. They have been putting terminal people through the courts. There's been MS patients prosecuted recently and I think there was another with an unspecified condition in Invercargill two months ago.

The police are all over the place and there's been no formal promulgation of any directive from the or from the hierarchy. They're all using their own prejudices and opinions on the issue."

Ross Bell from the Drug Foundation also agrees that the police need a more co-ordinated approach.

The Police Commissioner declined to be interviewed by RNZ, but in a written response the Police National Headquarters said while there are no specific national guidelines for officers, discretion is always available.

But, it says this is always dependent on the time, place and particular circumstances of any cannabis use.