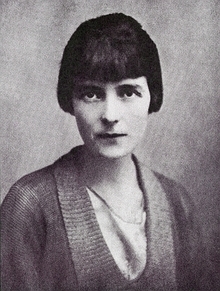 A proposal to repatriate her remains to her Wellington birthplace has been scuppered after her relatives and the mayor of Avon, where she's buried, refused to countenance the move.

The Katherine Mansfield Birthplace Society in Wellington had written to the Mayor, asking for permission for the disinterment.

Gerri Kimber, a world authority on Katherine Mansfield, explains why her family are outraged by the idea.