A teenager in Israel has been arrested after reportedly making bomb threats against Jewish organisations worldwide- including New Zealand. 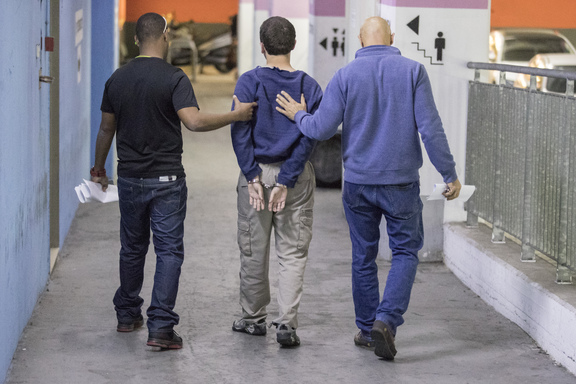 The unnamed American-Israeli Jewish teenager, accused of making dozens of anti-Semitic bomb threats in the US and elsewhere, is escorted by guards as he leaves the Israeli Justice court in Rishon Lezion. Photo: AFP

The 19 year old is suspected of targeting dozens of organisations across the United States, Australia and New Zealand over the last three months.

The Israeli news agency Haaretz has reported the first hoax threat was made to a Jewish institution in New Zealand at the end of last year.

While the investigation began after the New Zealand bomb threat, the suspect has also been associated with a threat against a Delta airlines flight two years ago.

Police in New Zealand reportedly played a key role in tracing the suspect, identifying the IP address associated with the threats as originating from Israel.

He says not realistic explosive devices were found but the threats were taken seriously and buildings, including schools and community centres were evacuated.