Half a kilo of meth enters Ak's wastewater every day

Researchers studying Auckland's wastewater have discovered nearly half a kilogram of methamphetamine is making its way into the city's sewers every day. 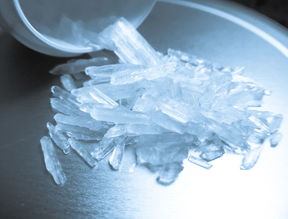 That suggests the amount of the drug being consumed each day is more than a kilogram -- according to police figures, that's more than a million dollars worth.

The research by a team from Massey University and the University of Queensland was carried out in 2014 and the findings were published yesterday.

Associate Professor Chris Wilkins, from Massey University, said what they found was a fairly consistent level of methamphetamine use throughout the week, with an average of 600 grams of pure methamphetamine detected each day.

"It wasn't really surprising, but it certainly confirmed that methamphetamine is a fairly serious problem in Auckland."

That matched up with its common use as a party drug, Dr Wilkins said.

The executive director of the Drug Foundation, Ross Bell told Guyon Espiner that he's not overly surprised by the researchers findings.