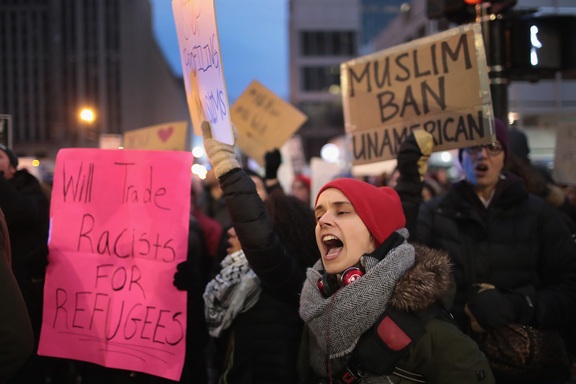 An immigration ban protest in Chicago on 1 February. Photo: AFP

But unlike his first attempt at a travel ban, which was struck out by the courts, the new order excludes Iraq and will not stop people with green cards or valid visas visiting or working in the US.

It applies to Iran, Libya, Somalia, Sudan, Syria and Yemen and will come into force on the 16th of March.

The Massachusetts Attorney General says he "remains opposed" to Mr Trump's travel ban policy and "will consider all legal options."

But as our Washington correspondent Nina-Maria Potts reports Mr Trump can't afford for this executive order to get stuck in the courts a second time around.