A woman's being praised for her bravery in intervening in an armed robbery in a busy Whakatane berry farm and cafe. 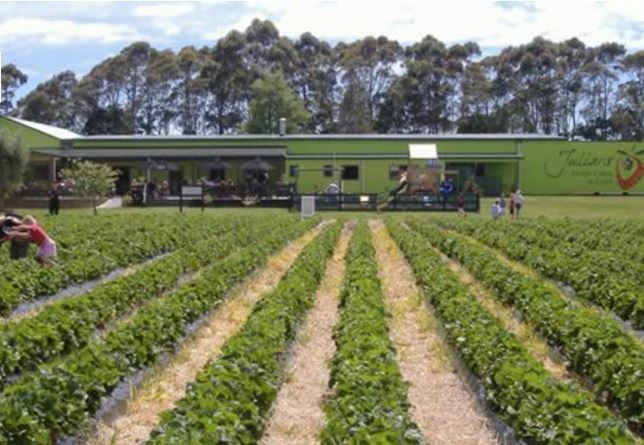 Just before half-past-one yesterday afternoon a man tried to hold up staff at Julian's Berry Farm and Cafe.

He pointed a shotgun at the staff and demanded money from the till.

But he was confronted by a woman waiting to buy an ice cream.

The man fired a shot, injuring the customer and one other woman.

He fled and police are still looking for him.

The owners of the berry farm, Paul and Monica Julian, weren't in the cafe at the time but Paul Julian say they're very grateful to the woman for trying to help their staff.