It could be a rocky road for US President Donald Trump's pick for the Supreme Court with Democrats saying they will try and block Judge Neil Gorsuch's nomination at his Senate confirmation hearing. 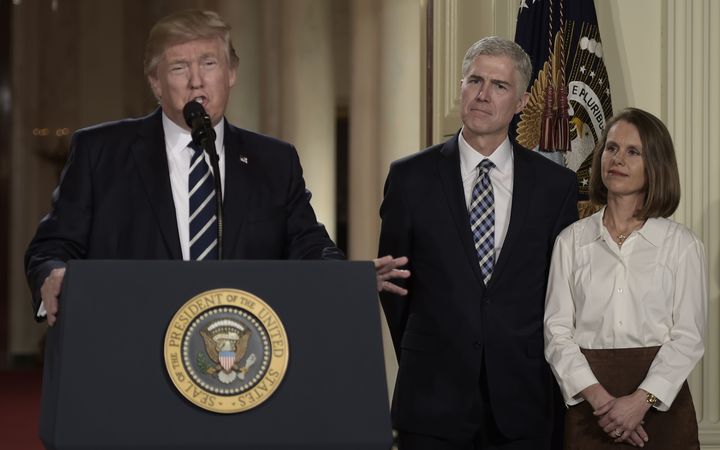 President Trump announces his selection Neil Gorsuch, who stands with his wife Marie Louise, for the Supreme Court of the United States. Photo: AFP

That is partly down to their dislike of Mr Gorsuch's conservative slant.

President Trump has just said he would approve of Republicans changing the rules to ensure Gorsuch gets appointed.