Trump to build wall and Mexico to pay

New US President Donald Trump has signed executive orders that include authorising a "large physical barrier" on the US southern border. 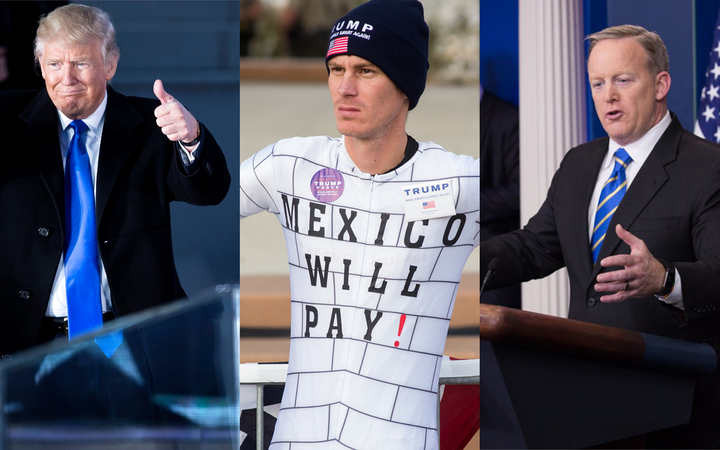 Building a 3200km wall along the Mexican border was one of his key proposals during his presidential election campaign.

In an interview with ABC News on Wednesday (Thursday NZ time), Mr Trump said construction would start within months and Mexico would pay back to the United States "100 percent" of the costs.

Speaking at the Department of Homeland security after signing the directives, Mr Trump said for too long agents had not been able to properly do their jobs.

That was "about to change" and from now on they would be asked to enforce the law.

"We're going to restore the rule of law in the United States," he said.

Mr Trump said there was a crisis on the southern border and the steps he had taken today would improve safety of both the United States and Mexico.

"This will stem the flow of drugs, crime, illegal immigration into the United States."

Mexico would pay for the wall "one way or another".