US President Donald Trump has stopped the Trans-Pacific Partnership trade deal (TPP) dead in its tracks. 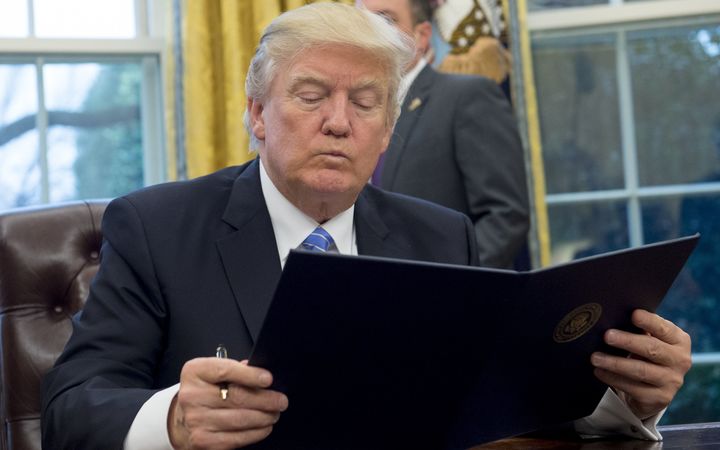 US President Donald Trump reads an executive order withdrawing the US from the Trans-Pacific Partnership prior to signing it in the Oval Office of the White House. Photo: AFP

During the election campaign he promised to pull the United States out of the 12-member free trade deal, and this morning he's done just that.

As he signed the executive order pulling out of the deal, Mr Trump said it was a great move for the US worker.

Mr Trump also met with business leaders overnight and told them he'd dramatically reduce the regulation of US companies and he would put American interests first.

"We want to start making our products again. We don't want to bring them in, we want to make them here.

"That doesn't we don't trade because we do trade, but we want to make our products here.

"If you look at some of the original great people that ran this country you will see that they felt very strongly about that.

"We're going to start making our products again and there will be advantages to companies that do indeed make their products here."

Mr Trump went on to lay out an ambitious goal.

"We think we can cut regulations by 75 percent, maybe more.