Donald Trump was sworn in as the 45th United States president on Saturday and already he's causing more controversy. 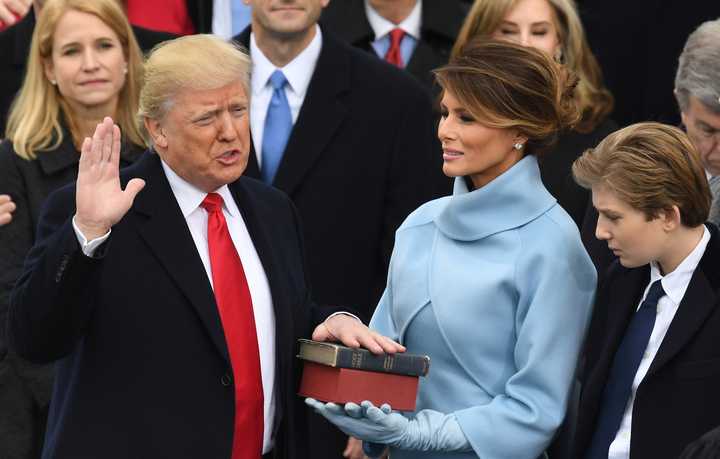 Donald Trump is sworn in as President. Photo: AFP

He and the White House are picking fights with the media over coverage of his inauguration.

Mr Trump's spokesman Sean Spicer says the media has woefully understimated the number of people at the event.

"This was the largest audience to ever witness an inauguration, period, both in person and around the globe.

"Even The New York Times printed a photograph showing a misrepresentation of the crowd in their original tweet, which showed the full extent of the support, depth, crowd and intensity that existed.

"These attempts to lessen the enthusiasm of the inauguration are shameful and wrong." 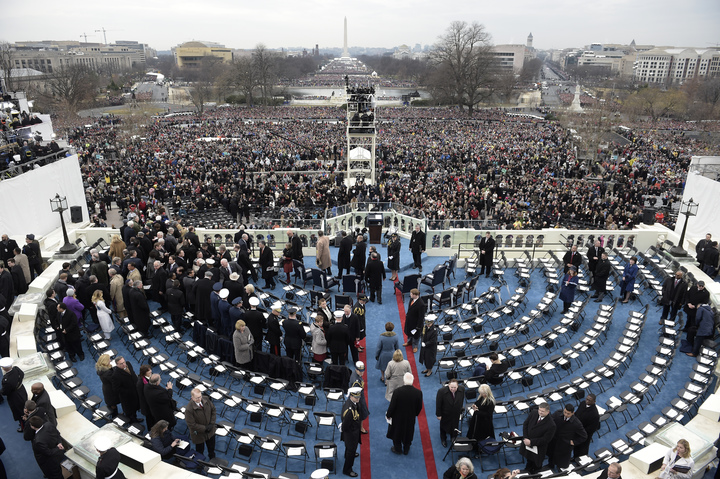 There he continued his attack on the media.

"As you know I have a running war with the media -- they are among the most dishonest human beings on Earth.

"We had a massive field of people, you saw that, packed. It looked like 1.5 million people -- whatever it was, it was, but it went all the way back to the Washington Monument."

As he concentrated on the media, millions marched worldwide in opposition to his inauguration, the biggest march in Washington DC where protestors and celebrities took their protest right to the White House.

Mr Trump tweeted in response "Why didn't these people vote?".