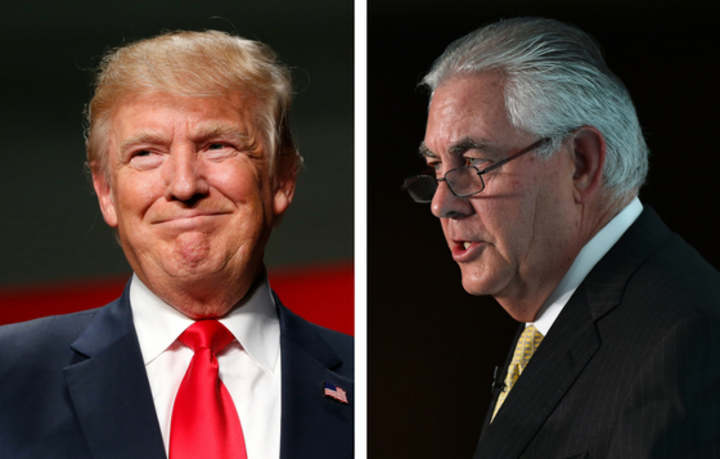 US President-elect Donald Trump and chief executive of Exxon Mobil, Rex Tillerson who has been nomiated as secretary of state. Photo: AFP

US President-elect Donald Trump has confirmed the chief executive of Exxon Mobil, Rex Tillerson, as his choice for secretary of state.

In a statement, Mr Trump praised Mr Tillerson as among the "most accomplished business leaders and international dealmakers" in the world.

"He's much more than a business executive, I mean he's a world class player. To me, a great advantage is he knows many of the players and he knows them well. He does massive deals in Russia."

He says his relationship with world leaders is second to none.

But his relationship with Russia has already caused concern on Capitol Hill.