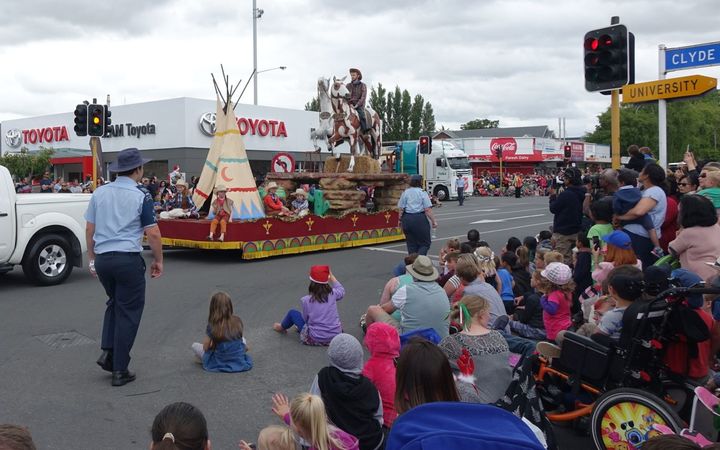 The Ojibwe costumes were removed from the float after complaints, but the cowboys and horses remained. Photo: RNZ / Rachel Graham

Santa Parade organisers in Christchurch are blaming threatening and abusive emails for their decision to pull Native American costumes from one of the floats.

There had been one complaint before Sunday's event but on Friday, organiser Pam Morris, told Morning Report the costumes had been part of the parade for decades and that wasn't going to change.