Broods poised for another big haul at this year's Tuis 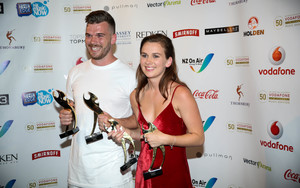 The finalists for this year’s New Zealand Music Awards are in - and Broods are leading the way with their recently released new album, Conscious.

All up, the Nelson siblings have five nominations, including Album of the Year, Best Group, Best Pop Album, People’s Choice Award and Single of the Year. Last year, the duo dominated the awards and took home four Tuis, including the coveted Album of the Year award for their debut full-length Evergreen.

Georgia Nott of "Broods" says she is excited to have been nominated in five categories this year's New Zealand Music Awards. She speaks to Morning Report's Susie Ferguson from Los Angeles.

This time around, Broods will be going head-to-head with Aaradhna, MAALA and Fat Freddy’s Drop, who have each scored four nominations.

Other nominees include The Phoenix Foundation and KINGS, who have three nods each, as well as Hollie Smith, Avalanche City, Rob Ruha and Tami Neilson, who all received two nominations each.

Bic Runga has been announced as this year’s Legacy Award recipient and will be inducted into the New Zealand Music Hall of Fame. She holds the record for most Tuis won by a local solo artist, with 20, and she also has a new album, tentatively titled Close Your Eyes, which will be out mid-November.

Spycc & INF, Kane Strang and Scuba Diva have also been announced as the finalists for this year’s Critics’ Choice Prize. Last year, the award went to Auckland band Bespin and previous winners of the award, which aims to recognise potential NZ Music Award recipients, include Street Chant, Kimbra, Watercolours, Sheep, Dog & Wolf, and Randa. The winner will be decided by an anonymous panel of judges and announced on November 2 at a showcase at Auckland venue The Tuning Fork.

Organisers have also introduced the Artisan Awards, which aims to put a spotlight on producers, engineers and visual artists producing album artwork and music videos. The winners will be announced on October 20th, and nominees include Josh Fountain for his work on MAALA’s debut album Composure, Joel Little for his production on Broods’ new album Conscious and Devin Abrams, the solo artist behind Pacific Heights.

Anna Taylor's topographic cover for Lawrence Arabia's Absolute Truth is up against the portrait of Lontalius by Henrietta Harris and Simon Faisandier's abstract art for Arise's album Road To You. 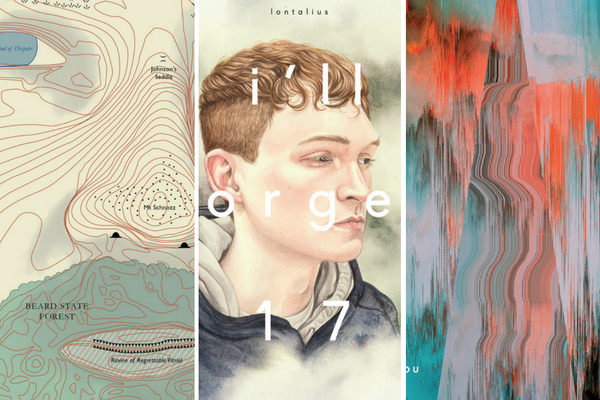 The NZ Music Awards, which is now in its 51st year, will be announced at a ceremony at Vector Arena on Thursday 17 November.

Godfrey Hirst Album of the Year

Vodafone Single of the Year