Maori arts set to flourish at the new 'Fame' for Aotearoa

Two polytechnics have combined to launch an ambitious creative arts hub on Wellington's Cuba Street with a strong focus on Māori performing arts. 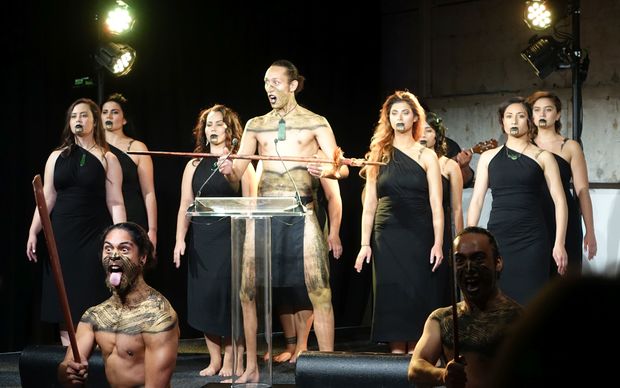 Whitireia New Zealand and the Wellington Institute of Technology (WelTec) are hailing "Te Auaha", the New Zealand Institute of Applied Creative, as a place where talented tāngata whenua will flourish.

The tertiary institutions said the creative hub costing $22.5 million would provide an environment for Māori to hone their creative talents and raise their profile. It is set to open in 2018.

Kura Moeahu is a Te Atiawa representative and on WelTec's Māori Advisory Board.

He came up with the institute's name, Te Auaha, and said the building's exterior and interior would incorporate Māori design.

He also said Māori culture was embedded in the institute's logo, in the shape of a waharoa (gateway). 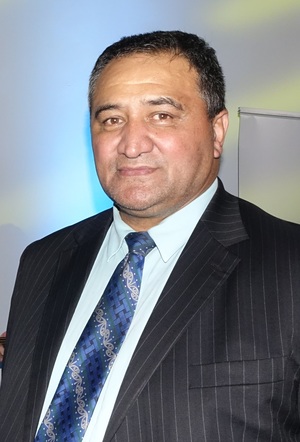 "We've also got to be very contemporary, we have to be very innovative, like tonight's performance we need to take it to the next level, the international level.

"So in terms of Te Kāhui Auaha [the 'cluster of creativity'] they've actually got an opportunity to carve and own the world."

Krystal Clarke, a third-year student doing a Bachelor of Applied and Performing Arts at Whitirea, said the amalgamation would make it easier to network with peers, mentors and industry professionals and was a natural fit with Māori tikanga.

"The idea of all the arts industries and different areas and genres of arts coming together will just help to develop the Māori culture - through art obviously, but through different mediums of art - it's almost like a tuakana teina system, like awhi atu awhi mai system, it's how we work as a Māori people."

A performing arts lecturer at Whitirea Kereama Te Ua is excited more than 1000 students will study at Te Auaha, a significant proportion of whom will be Māori.

"The thing that I'm excited about with the whole collaboration with Whitirea and WelTec is that the collaboration and the possibilities of working together and creating work together I believe we are the 'Fame' of Aotearoa.

"We have all the arts in the one building. My students come with lots of superpowers, they're singers, dancers, actors, performers - all sorts, but mixing our superpowers with Weltec, man we're going to turn into 'The Avengers' and that's what's going to be really exciting for me." 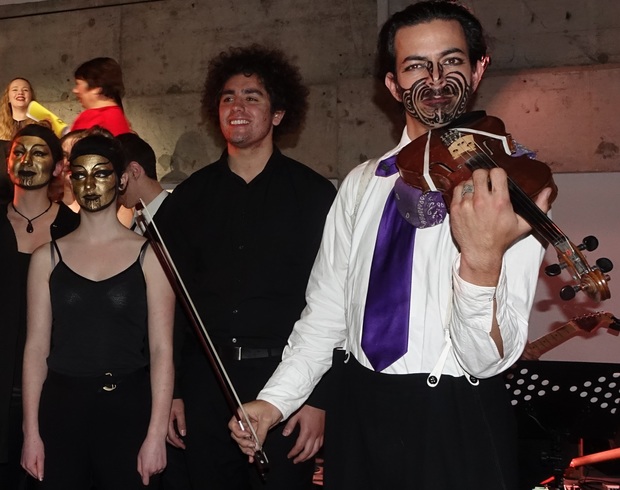 As well as dance studios, Te Auaha would include recording studios, an in-house radio station, a theatre and cinema.

The polytechnics' joint chief executive Chris Gosling said Māori were a very important part of the student body, of performing arts and creative industries - and the hub would provide the ability to further their talent.

He said Māori participation was currently at 22 percent, but Te Auaha would work to increase that considerably.

"We want to empower and advance the skills of tāngata whenua"

Mr Gosling said it was essential the hub was conducive to encouraging their success.

"We're picturing this very much as a centre of excellence so it's one where we're really throwing down the wero (challenge) to students, Māori and non-Māori, to come here and be the best they can possibly be and we're doing that in an environment where we're trying to create the best chance of success for Māori students taking into consideration in a new way Māori tikanga and culture."

Mr Moeahu said the hub would provide a base for Māori arts to morph into a great, creative force.

"Māori never forget what your culture's about, but always take it to the next level because it'll create a positive energy and monster.

"Put it this way, a taniwha is lurking that's about to be unleashed unto the world."