The Prime Minister is standing by his minister Judith Collins, who is under fire following the release of the book Dirty Politics. John Key told Morning Report it was a smear campaign.

The minister has admitted she passed to Cameron Slater the name of a public servant, who the blogger then said was the source of a leak to the Labour Party. The leak had allowed Labour MPs to question Finance Minister Bill English in Parliament about his accommodation allowance in 2009. 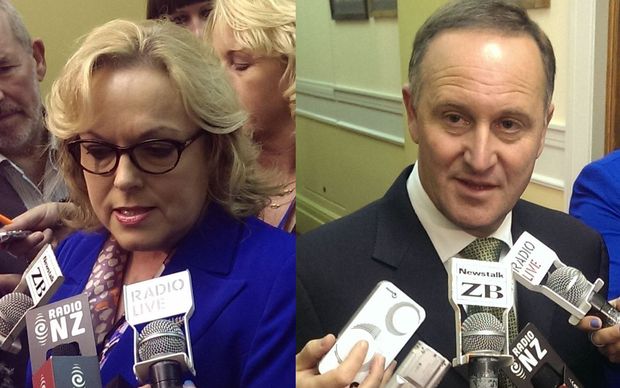 "At the end of the day we're five weeks out from an election, people can see that Nicky Hager's made a whole lot of things up in his book, (they) can see he can't back a lot of them up," he said.

"People can see this is a smear campaign by Nicky Hager."

Asked whether it was appropriate for the Justice Minister to pass on the name of a public servant who was then severely sanctioned on a website, he said he did not know all the details.

"What I do know, is that it is a series of selective pieces of information, many of which can't be backed up."

Ms Collins is also facing pressure to stand down as a minister over whether she leaked confidential ACC information to Mr Slater. She has strenuously denied those allegations.

Mr Key was asked if he was happy to associate himself with Mr Slater. "At the end of the day he's not my guy, Cameron Slater ... anyone who knows Cameron Slater knows that he's a force unto himself."

The prime minister said that, whether he liked it or not, social media was now part of the media network and he had to deal with it.

He is also standing by former staff member Jason Ede, now working for the National Party, for accessing a Labour Party website that was meant to be secure.

Listen to political commentators Mike Williams and Matthew Hooton discuss this interview and the fallout from Dirty Politics.

Listen to an interview with Dirty Politics author Nicky Hager