Recent reports about gangs and an upswing in gun crime echo a similar panic 25 years ago, which prompted a political backlash and hasty changes in the law. A new report looking back at that says most changes didn't work - and the media was part of the problem. 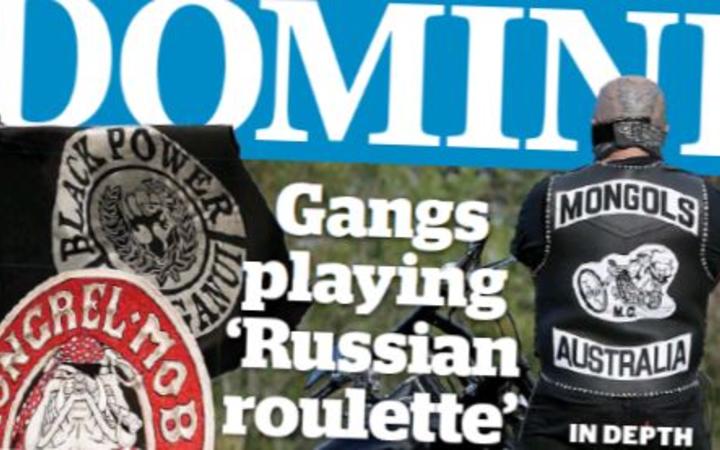 In another pre-Budget announcement, the government unveiled half a billion dollars in future spending today for more police officers, a new specialist anti-firearms unit and funds to protect businesses vulnerable to ram raids.

Law and order is always hotly contested by rival political parties. ACT rushed out a statement claiming “crime on our streets has exploded, and gangs are recruiting faster than police”.

Precisely how the money will be spent and and how policing will change has yet to be worked out, and it's not clear if this law and order drive will actually change the law as it stands.

It's a four-year plan, but the justice minister made it clear the recent headline-making spate of high profile crimes has influenced the policy.

"We've all seen the news recently on gangs and ram raids, New Zealanders have a right to a justice system that makes our communities safe," Kris Faafoi told reporters today at a press conference.

The stories have been hard to miss in recent weeks.

“Nearly 100 Kiwis have been shot dead in just four years amid an explosion in gang warfare and firearms violence across our communities,” the New Zealand Herald reported last Monday.

The Herald said other figures obtained under the Official Information Act (OIA) showed there were just 69 murders committed across Aotearoa that involved a firearm in the 10 years to 2017.

But the story itself went on to say that 51 of the 92 people shot dead in the past four years were not killed by gangs - but by white supremacist Brenton Tarrant in March 2019.

But the paper did not say how much of this was down to gangs and ‘gang warfare’ which were prominent in the headline and the intro of the story.

The same day the Herald also carried an article by Dr Jarrod Gilbert, one of New Zealand’s foremost experts in gangs and crime. He also took part in a live Q and A session on the Herald’s website answering queries from readers about the gang problem.

Dr Gilbert also warned about politicians beating the drum on the threat of gangs and guns in his just-released report that showed anti-gang laws made in haste 25 years ago after a similar “moral panic” had been ineffective.

He concluded the main problem in the mid 1990s was “a highly charged political environment ... driven by high profile events” and an upswing of gang violence especially in the South Island.

Dr Gilbert told TVNZ last Monday what happened a quarter of a century ago could happen again here with an election coming up.

He said hoped for better from politicians this time round - but the media also played a role back in 1996. 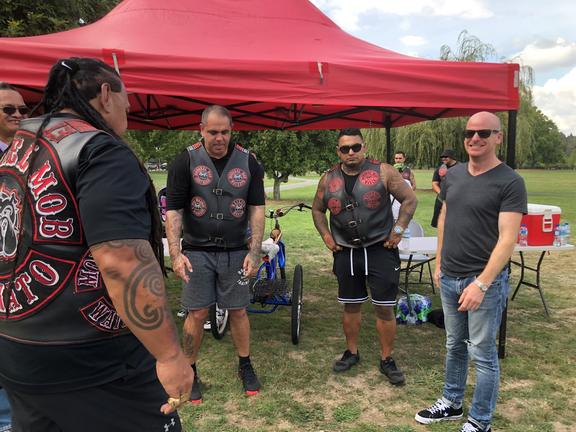 Dr Gilbert described his use of the media as “powerful and deliberate - intended to support his calls for political action.” “Mike Moore was a constant media presence in the media” the report says and he also wrote long opinion pieces for daily newspapers.

“We are engaged in a fundamental battle to preserve peace and civil order in New Zealand,” Mike Moore claimed in a piece he wrote for the Herald.

He also told reporters that gangs “are no longer groups of hoons who smash the occasional pub. They have graduated into serious organised crime.”

Mike Moore was still at it in 2007, penning another piece for the Herald claiming “action only emerges ... if it is on the front page and appears in opinion polls”.

“I was pumping it all the time, and the public was getting outraged. You’ve got to build it up and then get the government to respond to it,” Moore himself told Dr Gilbert in a face-to-face interview back in 2004.

Moore also told Dr Gilbert his commentaries “came largely from police sources and were carried in the media largely without question”.

Dr Gilbert’s report says it was only after the “moral panic” was long over in 1996 that alternative views appeared in the media. By then proposed law changes were already progressing through Parliament.

Sociologist Greg Newbold‘s research - published in the United States, but largely ignored by the media here - concluded gangs were too disorganised for much organised crime back then.

But the assumption the opposite was true had persuaded MPs to make changes to the laws. Dr Gilbert’s new report this week revealed many of them have barely been used or never been deployed against gangs.

Media coverage at the time also showed some of the law changes were exposed as ineffective almost immediately.

Highway 61 challenged requirements obliging gangs to remove the fences and fortifications within 30 days. Its  fortifications remained in place until mid-1999.

Black Power in Christchurch simply put up a new structure that was covered by the court’s ruling.

Dr Gilbert’s report also noted the voices of gangs themselves were all but absent in the coverage in 1996.

“Although journalists were undoubtedly excited by the sensationalist claims that made for great copy, they had limited information upon which to balance their reports had they wished to do so,” he wrote.

“I believe the gangs had become somewhat inured to political attack from past experience, having watched it flare up, die down and ultimately disappear,” Dr Gilbert added.

“What was occurring in 1996 is remarkably similar to what is occurring now – new gangs are entering established territories leading to significant violence - and In the lead-up to an election, politicians responded,” Dr Gilbert wrote in the Herald this week.

“I'd bet anything you like we'll get the same before next year's election,” he said.

We’re already getting some of it in the media.