An umbrella group representing locally-owned news media wants to bargain for “fair payment” for their journalism available on Facebook and Google’s global services.  Australian news media have struck substantial - but confidential - deals with the tech titans there under a new bargaining code. 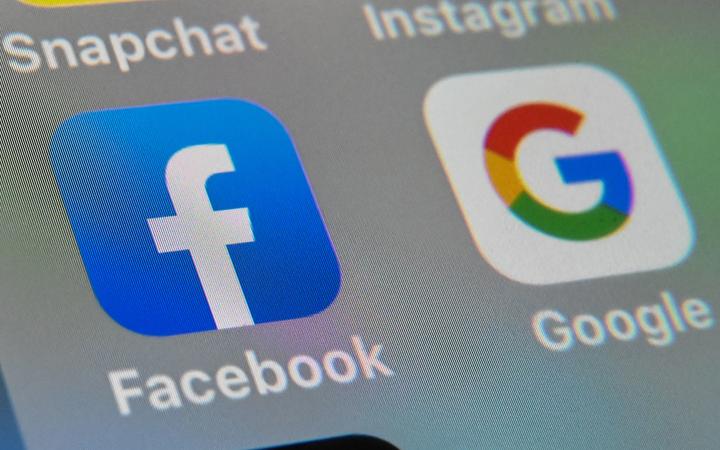 While the National Party’s dramas were pre-occupying our news media on Thursday, a group representing their mutual interests created some surprising news of its own.

The News Publishers' Association asked the Commerce Commission for permission for New Zealand-owned media  to collectively bargain with Facebook and Google for payment for the local journalism on their digital platforms.

Stuff, New Zealand Herald publisher NZME, ODT publisher Allied Press and online outlet The Spinoff are backing the bid - and the NPA is inviting other New Zealand-owned media organisations to opt in.

It follows the adoption of the News Media Bargaining Code in Australia that’s led to substantial - but confidential - sums paid to major media companies across the Tasman under individual struck deals with the two titans of tech.

Some major and medium-sized news publishers there are already using the income from the deals to expand output and hire more journalists.

But that was only possible in the first place because an ACCC (Australia’s Commerce Commission) inquiry in 2017 found the big online companies should pay for third-party news content on their services.

Australia’s government then forced the issue of power imbalance between the global digital giants and Australian news businesses.

But the government here has not yet shown any sign of confronting that issue.

The NPA said New Zealand media companies invest in local journalism, but Facebook and Google use content for free and pay very little tax in New Zealand in spite of securing the majority of digital advertising revenue here.

“These global tech giants have built businesses of unimaginable size and amassed their dominant power using ‘free press’ on their platforms – news made and paid for by media companies,” NPA general manager Brook Cameron said in a statement.

“We want to do it together, so that whatever deal we strike benefits all organisations equally ... in a very competitive local market,” the founder and publisher of The Spinoff Duncan Greive said in an explainer for his readers.

“We hope the (Commerce) Commission will recognise the power imbalance and grant us this right,” he said.

“Australia has shown that direct negotiations between publishers and the tech giants can yield fast and fair deals that make a meaningful contribution to the production of public interest journalism for myriad different audiences,” Greive said.

The collective nature of the NPA initiative is crucial - and an important strategy.

“The problem with the (Australian) code ... is picking in choosing who gets to do a deal with a big tech companies,” Australian journalism expert Andrea Carson told Mediawatch last month.

“Small companies and start-ups are excluded. The Conversation - a university-funded public interest journalism service - has been excluded by Facebook - and they’re pretty unhappy about that – but Google has done a deal with them,” said Carson, the author of the first thorough analysis of the News Media Bargain Code, The Grand Bargain.

“News Corp has been slashing jobs and they have been enormous beneficiaries of the code. Media reports ... suggest that they have made around $A30 million out of the deal - but that is not necessarily translating into public interest journalism,” she said.

Hal Crawford is an Australian news exec who was the chief news officer at MediaWorks from 2016 to 2020. He’s now a media consultant back in Australia - and advises Meta (parent company of Facebook) on the New Zealand media.

“I know there are big problems with the digital platforms all around the world not sufficiently contributing to the societies in which they operate, but I don’t think New Zealand should go down the Australian path,” Crawford told Mediawatch.

“There’s no transparency about how and why the money is flowing and what it’s for,” he said, arguing that a levy on the digital giants would be more transparent.

“Legislation has been enacted (in Austrlaia) that hangs there as a threat that forces Google and Facebook to do deals with news companies – deals they would never do if normal commercial rules applied,“ he said.

“It may be that the value the news companies put on their content is inflated from the point of view of a digital platform. At the moment the little publishers can’t get deals with Google and Facebook,” he said.

“That leads to all kinds of weird distortions. New Zealand should  do it properly - and investigate the correct basis for an increased payment from Google and Facebook as consolidated revenue. That money should be distributed by the government - not weird, shadowy deals we don’t know anything about,” Crawford told Mediawatch.