TVNZ chief executive Kevin Kenrick will leave the state-owned broadcaster next February after nine years at the helm. TVNZ will now have to find a new leader as the government progresses plans to create a new public media entity incorporating TVNZ and RNZ by 2023. 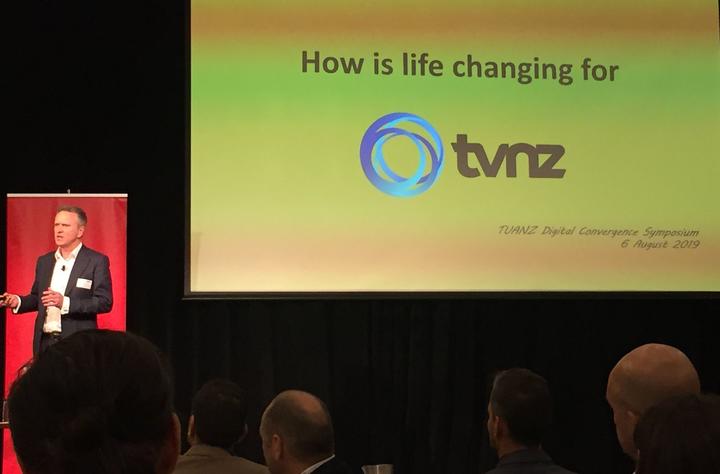 On Tuesday TVNZ declared its latest annual financial result was “a strong financial recovery that sets up TVNZ for the future”.

TVNZ’s CEO described the performance as “remarkable” - but he had already decided he would not be part of its future beyond February next year.

The government is proposing a new public media outfit to replace or incorporate state-owned TVNZ and RNZ by 2023 - and Kenrick has never voiced strong support for the plan or indicated a desire to lead it.

Finding a leader who has will be a key task for TVNZ’s board if the government presses ahead with a plan for which a business case and a charter is now being prepared.

Prior to his appointment in 2012, Kenrick was the chief executive at House of Travel and he had no media industry experience.

But when he leaves in six months’ time, he will be the longest-serving CEO of a major New Zealand media company - quite an achievement in a business where digital disruption has been a continuous factor and political changes frequent.

Over nearly a decade with him in charge, TVNZ has maintained its dominant position in free-to-air TV and expanded its on-demand streaming service TVNZ on Demand.

After several years in which sport had been virtually abandoned, TVNZ has struck deals to broadcast major tournaments including the Tokyo 2020 Olympics and America’s Cup, and upcoming international cricket and netball.

Kenrick also persuaded the government to allow TVNZ to forego dividends to the Crown in recent years (until this year) to allow it to invest in programmes and digital on-demand services.

It was a concession that angered commercial TV rivals who could expect no such backstop in an environment where offshore tech companies harvest the vast bulk of growing digital and online advertising revenues.

Keeping the cash coming in

Kenrick has always been firmly focused on the commercial performance of the company and securing advertising revenues of more than $300m a year.

TVNZ commercial director Jodi O’Donnell followed up the announcement of Kenrick’s resignation with a message of reassurance for commercial clients.

“Kevin has been a passionate supporter of all our advertisers and agency partners throughout his time at TVNZ. Myself and the team remain on hand for all your needs,” she said.

Kenrick often identified unique local TV programmes as a key strength of TVNZ and many of those are funded from the public purse via New Zealand on Air.

But at the annual review of TVNZ in earlier this year, he told a Parliamentary committee that public money investment amounted to “a round of drinks.”

He himself was well-rewarded for his work - to an extent that raised eyebrows at other state-owned outfits.

Kenrick’s salary rose to $1.55 million in 2019 and the New Zealand Herald reported his total remuneration package could even exceed TVNZ’s entire profit for that year.

“I am happy to say I was the chair of the remuneration committee. TVNZ is a fully commercial entity  . . and we get value for money with Kevin,” TVNZ’s chair Andy Coupe told NBR at the time.

Back in the frame for public media 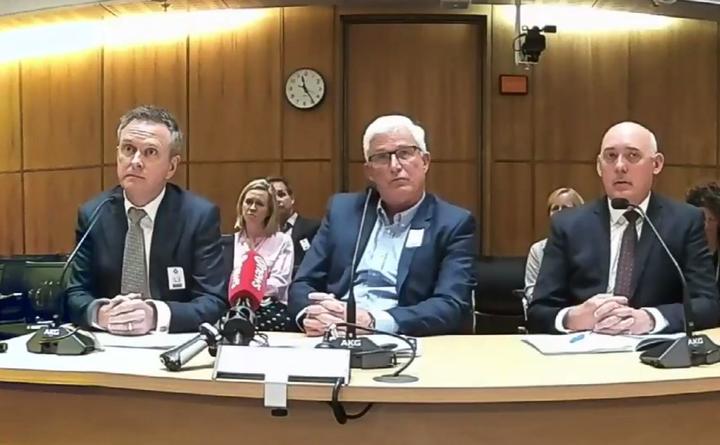 When the Labour-led government took over in 2017, TVNZ was initially shut out of its plan to boost public broadcasting by using RNZ to provide commercial-free TV.

"I don't think we need more channels. It makes no sense to duplicate existing capacity,"  Kenrick told Mediawatch at the time.

But the new, single public broadcaster being pushed by the current broadcasting minister Kris Faafoi, a former TVNZ journalist, put TVNZ back at the heart of the plans.

The business case for the new entity is a work in progress but Cabinet papers have made it clear that TVNZ’s ad revenue would be critical.

“The status quo is the least likely option. Something will happen even if it's not this," Kenrick told Mediawatch when the plan was first announced in 2019.

When the plan was first unveiled, Kenrick wrote to TVNZ advertisers to reassure them.

“You can be assured that we will continue to proactively champion the need for New Zealand businesses to reach large relevant audiences as an integral part of any future public media plans,” he told them.

"I think it would be crazy if it got to the point where ... New Zealand’s businesses didn’t have access to TV advertising to build and grow their businesses. That's a world first I wouldn’t be that proud of,“ he told Mediawatch at the time.

Last year Kenrick also told Mediawatch he had visited European countries which have ad funding in the public broadcasting mix.

“The one thing that was true for all was that they all felt their model was sub-optimal. RTE has a dual funding mandate in Ireland, SBS (has one) in Australia, but none of these are the ideal."

When asked last year if he wanted to lead the new public entity, Kenrick said simply: “It’s not my call."

His resignation from TVNZ shows he probably didn't want that call after all.