Accountability in question after MediaWorks review

A review of the working culture at MediaWorks released this week is by far the most comprehensive airing of the internal problems of any New Zealand media company.  But its leaders and governors have not yet answered questions about it - and it’s far from clear if anyone is accountable. 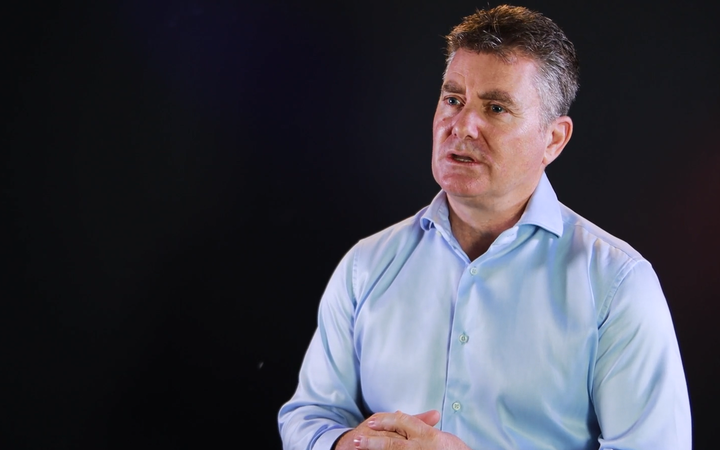 MediaWorks CEO Cam Wallace in a 41- second video statement for media - the only comment so far from any executive on the Maria Dew review. Photo: supplied

Six allegations of sexual assault were revealed by the long-awaited review of Mediaworks - and what was described as a discriminatory “boys’ club” culture.

It is by far the most comprehensive airing yet of any NZ media company’s internal problems.

Maria Dew QC spent nearly half a year on it and more than 500 current and former staff were consulted either personally or by survey.

Review participants said that culture had stopped women, and people from ethnic minorities, rising into positions of leadership.

And the review was prompted by media exposing the problems - most notably in a Instagram account called Beneath the Glass Ceiling and then by reporters including Ali Mau at Stuff, Katie Harris at NZME and Kristin Hall at TVNZ.

MediaWorks is of course not the only media company that’s had problems behind the scenes with sexism, harrassment, bullying, discrimination, drugs and alcohol, equity and representation.

In the Stuff papers this weekend veteran journalist and columnist Rosemary McLeod said a boys' club culture was par for the course when she was a young reporter.

Male colleagues who were "thoroughly decent people back then were a bonus," she said.

“You had to be there to explain it. You’re lucky you weren’t.” she wrote.

On Wednesday, the Dew report led the news on Newshub at 6 on TV channel Three, which was owned by MediaWorks until earlier this year.

But no one at MediaWorks was prepared to be accountable to the media last Wednesday. Instead, media were directed to a 41-second recorded video statement by CEO Cam Wallace.

No other senior executive  - past or present  - has had anything more to say publicly either.

The New Zealand Herald’s Wellington-based business editor Hamish Rutherford reported this weekend the directors refused to answer any questions too.

MediaWorks requested questions in writing for Chairman Jack Matthews which a spokesperson declined on his behalf.

Rutherford also reported Michael Anderson, who was both chief executive and a board member during the period covered by Dew's report, did not respond to his requests for comment.

Maria Dew’s summary says many women at MediaWorks feared for their careers when coming forward. After speaking to some who did, TVNZs Kristin Hall told 1 News viewers “because alleged perpetrators haven’t been named there are concerns about accountability and it is hard for them to move forward and have closure”.

What’s been released publicly this week is just a summary of the review's findings.

Much of the worst conduct highlighted in the Dew report is reported to have occurred at the MediaWorks’ boundary-pushing music stations.

Social media posts of the outlets and some people rumoured to be involved have been made private or removed - and some discussions in online forums like Reddit have been deleted.

Anyone who names names at this point could fall foul of defamation laws without water-tight evidence.

Right now, reporters covering ongoing sexual assault and rape allegations in Australia’s parliament are urging followers not to name a man who’s just been charged by police - precisely because it could compromise further investigation and a possible trial.

Maria Dew’s report says four separate episodes of alleged misconduct raised by people who came forward are being  - or already have been - independently investigated.

She said she has referred for investigation one other case of “sexist and bullying conduct by a manager” and one of sexual harassment by a work colleague.

“I am pleased to report that MediaWorks has taken each of these matters seriously,” she said.

But she added several other matters that could have been referred for investigation but complainants didn’t feel comfortable coming forward.

“Over time and with the change in culture  . . . it is hoped that staff will have the confidence to speak up about serious concerns,” Maria Dew concluded.

MediaWorks chair Jack Matthews told the Herald by text message: "The board accepts the findings of the report” and supports a “culture change process” spearheaded by CEO Cam Wallace.

But the introduction to her report, Maria Dew QC indicates some managers at the company didn't acknowledge the problems.

"Only a small group of MediaWorks employees came forward to the Review to say they did not see anything wrong with the culture. They believed it was only a small number of disgruntled staff complaining on social media or in this Review. These participants were generally MediaWorks managers (mostly male but some female also) who had been with the business for many years and generally saw those few unhappy people as not “cut out” for the industry. I acknowledge these employees may have difficult y recognising the problematic culture described in this Report."

In an article pondering ‘How things got so bad’,  The Herald’s social issues reporter Katie Harris  - who has investigated harassment and bullying at major media companies recently - said those in power at Mediaworks “lost sight of how to run a company and treat their employees correctly.”

If the boys' club assumed no-one would find out what went on - or that few would care about it if they did - they now know that was wrong.

It remains to be seen if that accountability comes from within the company - or elsewhere in the media.