A discussion document on proposed hate speech laws generated plenty of discussion in the media - and spurious claims that merely insulting people could be criminalised. Some senior journalists seized on ministers muddying the waters - but did they give the public a clear picture of what’s actually at stake? 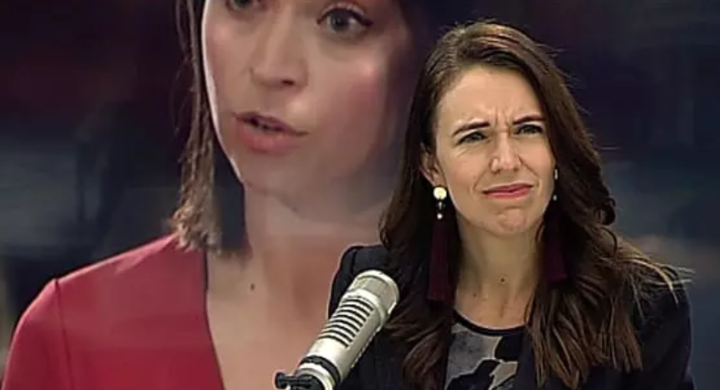 The family game of Scrabble has become caught up in the culture wars in the US lately.

The game’s maker and Collins Dictionary have been working towards "removing hate speech from the game".

"We’ve learned from the events of last year this work must be continuous. We hope to engage and educate ourselves alongside our players," Ray Adler, global head of games at Mattel said in a statement.

But Mattel seems to have alienated some here in New Zealand.

You wouldn't get much of a Scrabble score out 'Karen' - but National Party leader Judith Collins wrung some political points out of it on Twitter this week:

Will calling a middle-aged white woman a ‘Karen’ now be a crime under Jacinda Ardern’s law? https://t.co/nDiMOU7NLB

There is no 'new law' yet, just a discussion document about proposed changes (something a trained lawyer like Judith Collins would know) but it prompted the prime minister to hit back in Parliament on Wednesday.

"That is absolutely incorrect, and I apologise that means these laws will not protect the member from such a claim," she said.

That comeback made it onto Stuff.co.nz’s 'most viewed stories' - but it didn't really elevate the debate the prime minister also said that we really needed to have about the reforms - and which, she reminded the House, had been called for by the Royal Commission into the 2019 terrorist attack in Christchurch. 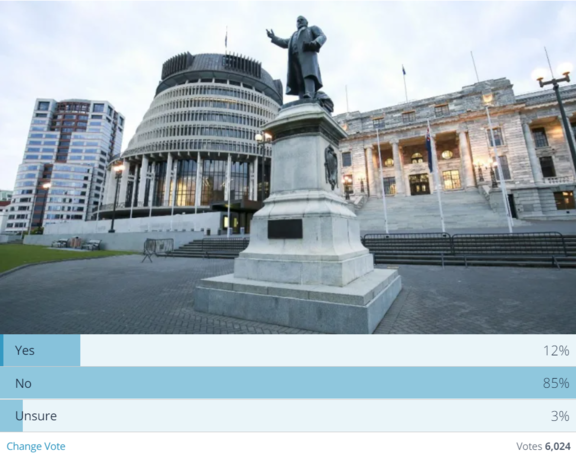 Newshub asked the audience: "Do you support the Government's proposed hate speech laws?" Most said no. Photo: screenshot / Newshub

Our existing laws date back to 1993 - long before online distribution of threats and abuse became common.

At the moment, the 'Proposals against inciting violence and hatred' (PDF) suggest extending the range of protected  groups status to religious groups and take account of sexual orientation, age and disability.

Newsroom's Marc Daalder pointed out that at the same time, the proposals actually narrow the definition of hate speech itself.

But on Newshub Nation last weekend, Justice Minster Kris Faafoi made it far from clear where the threshold for harm and hatred stands in the proposed changes.

His answers were confusing when Newshub political editor Tova O’Brien hit him with some hypothetical scenarios including this:

"If I write an opinion piece 'Jacinda Ardern is a communist or a dictator', could I be stung for hate speech?

After the prime minister appeared to contradict the minister on the AM Show the next morning, O'Brien did write an opinion piece - but it didn't test the water by calling her that.

Instead, O'Brien said bluntly Ardern was "completely and utterly wrong ... about her own hate speech law."

"Not only is the prime minister wrong about the basic facts of the proposal, she was wrong to shut down debate on hate speech on The AM Show this morning with her glib, inaccurate dismissals."

O'Brien also criticised the prime minister for accusing the media of trivialising the need for the law change.

"It is insulting and irresponsible to pit journalists - or anyone who questions or debates the legislation - as somehow being in opposition to the needs of the victims of March 15th," she said.

"It should never be against the law to offend anyone. Heavens, we'd be out of jobs and all in jail," he said on the AM Show.

Newshub ran an unscientific 'Question of the Day' poll asking its audience: Do you support the government's proposed hate speech laws? The vast bulk of respondents were not in favour. But they are in fact Justice Ministry proposals up for public consultation - not laws proposed by the government.

The Herald's senior political correspondent Audrey Young also said the prime minister did not understand what is proposed - in particular, that political opinion could be covered by the proposals as they are drafted now.

"She and Faafoi would have a much better chance of persuading the public if they a) got the facts right, and b) were prepared to discuss hypothetical examples so the public had a good idea of what is intended by the proposals," Young wrote.

Barrister Steven Price, a specialist in media law and a qualified journalist, was unimpressed.

"In their anxiousness to ridicule and discredit hate speech laws - and excite contempt against them - they seem happy to distort the debate," Price said on his own website.

He also said Tova O’Brien was wrong to say that "the proposed threshold is as low as ‘insulting’ someone" - and Duncan Garner need not fear jail or the sack for merely "insulting and/or offending people".

To be criminal, Price said, someone’s speech would have to be threatening or abusive and also aimed at having a particular effect - like inciting or normalising hatred, including violence.

Steven Price’s parting thought was this:

"I’ll be interested to see whether the media will be so consumed by its fears of excessive uses of the proposed law that it never asks questions from the other direction – about whether the law will in fact be too ineffective."

Angst among the media about a new hate speech law had already surfaced before this past week.

"How it is interpreted will have a major impact on freedom of expression and of the media," former New Zealand Herald editor-in-chief Gavin Ellis warned on his blog a month ago.

"'Hate’ is a word that should be used only after spelling out exactly what it means," he wrote.

The heat over hate speech this week shows there’s plenty of public and media interest in it - and that the government and media alike need to be better at explaining the proposed changes.