“Not good enough” was the verdict of Sport NZ boss Raelene Castle after a fresh analysis of thousands of sports reports across our media found women feature in only about one in seven. But offshore reports of the same results said NZ media lead the world in women’s sports coverage. What’s the story? 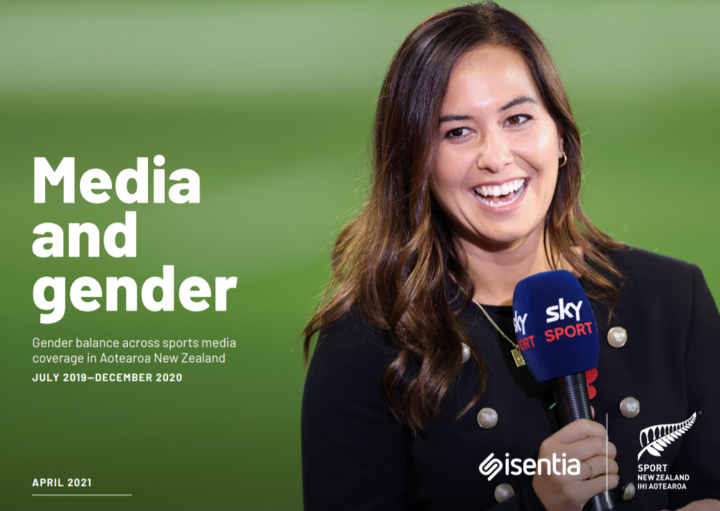 On Saturday the TVNZ 1News sports bulletin lead with a rundown of the first ever women's Super Rugby game.

"It only took 25 years to get here. So was it worth the wait?" asked presenter Hayley Holt, before launching into a recap of the Chiefs wahine game 39-12 defeat of the Blues wahine.

The match received substantial coverage across the media. It was live blogged by Stuff and the Herald, and also led the sports bulletin on Newshub at 6.

But research released by Sport NZ (PDF) the same day showed that kind of media blitz is an outlier.

It surveyed 40,000 sports stories in the New Zealand media over 14 months - and found only 15 percent featured women's sport. 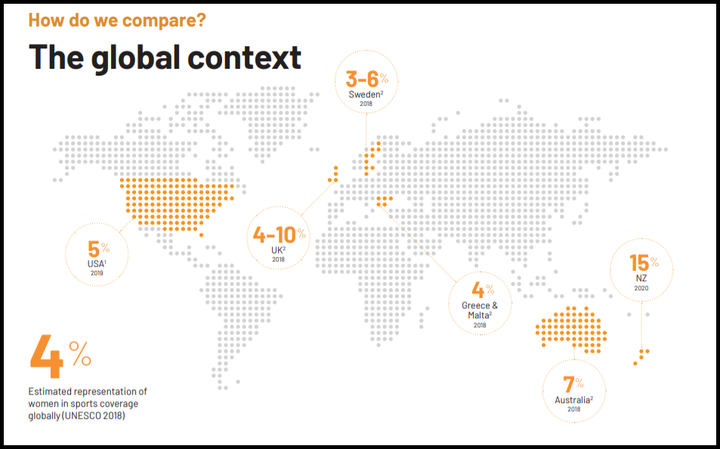 That low figure is nevertheless world-beating.

It's not the first report to draw the same conclusion.

An analysis of nearly 70,000 online sports stories over the past three years revealed in March that men's rugby gets more news coverage than every women's sport combined. Just 10 percent of online sports coverage was dedicated to women, while 83 percent of space and airtime covered men's sport.

New Zealand is set to host the women's football, cricket, and rugby world cups between 2021 and 2023. Media organisations will need to make changes to give those events the coverage they deserve, and show female athletes they're valued, Castle says.

"We have an opportunity to showcase and celebrate women's sport. This needs to be coming through in what the media are reporting." 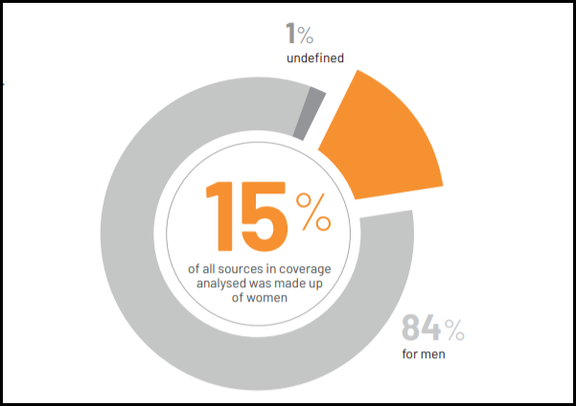 That may mean adjusting the composition of some sports departments.

The Sport NZ report found four out of five sport by-lines are by male reporters, and that men are more likely to focus on men's sport.

Suzanne McFadden, the editor of Newsroom's women's sport-focused section LockerRoom, says changing those demographics is the key to addressing the disparity in coverage. 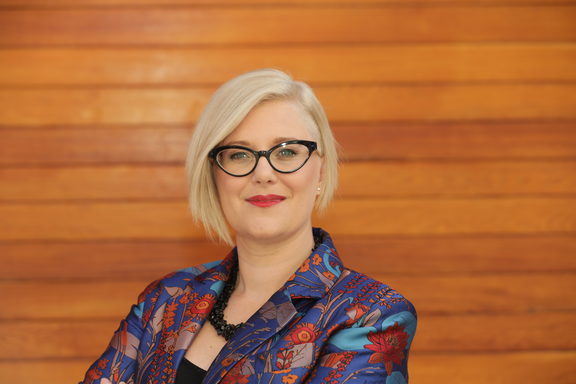 That gender imbalance is reflected in the way women's sport is covered.

"Why, when we talk about men do we use that language, but we don't with women?" says Zoe George, a sports reporter at Stuff. "I don't think we should tolerate saying a female athlete is pretty anymore. It doesn't matter if she's pretty. It should matter whether she's amazing on the field, which our female athletes are."

McFadden says part of the blame for the imbalance in coverage also has to go to sports bodies for under-funding and failing to promote women's sport. 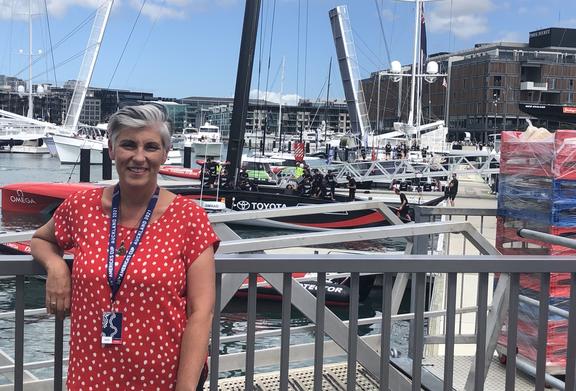 Sports bodies invest more in their men's divisions and take steps to ensure they're ubiquitous in both broadcast and other media, she says.

"In a sport where you have both women and men playing, we'll get story ideas about the men in a press release and down at the bottom there'll be one paragraph about the women's equivalent in that competition."

Not paying as much attention to it is an editorial decision rather than a financial one, she says.