Midweek Mediawatch: Return of Orewa, rabbits and The Apprentice

Mediawatch’s weekly catch-up with Lately. This week Colin talks to Karyn Hay about the media unpicking the political strategy behind warnings of “separatism.” Also: ‘Bunny-pocalypse Now’ in the South, diminishing returns for The Apprentice - and anonymous agony advice in print. 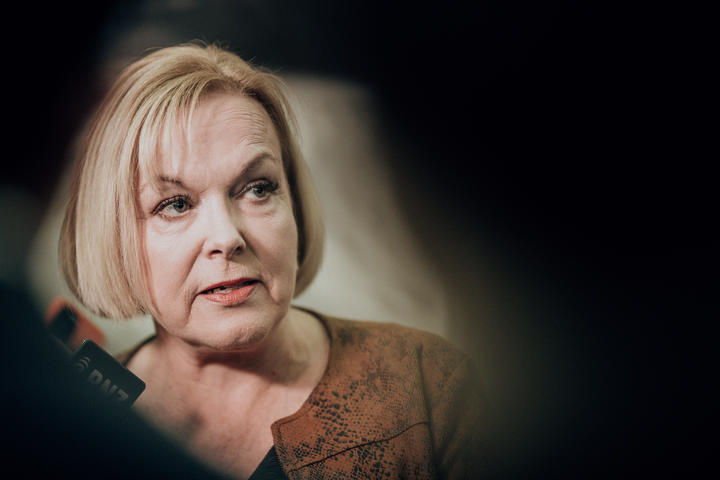 The spectre of ‘Orewa’

It’s more than a week since Judith Collins tweeted her worries about the Government's “separatist agenda.”  On Facebook, she said Māori Health Authority would “segregate healthcare, dividing us into Māori and everyone else.”

The political row that prompted is still playing out in the media.

On Morning Report the following day she went further, saying we could end up with “two systems by stealth” in other areas - like education, welfare, tax - and that the National Party would not stand for “a separatist New Zealand”.

The next day she day doubled down on all this in a speech to National Party members - the first of a series in different regions.

This looked like an organised campaign designed to attract media attention at a time when her leadership was reportedly shaky.

But criticism the political strategy of Collins quickly became the focus for the pundits who’ve seen this play out before.

“In the stately wing of the Parliament Building reserved for the opposition leader’s office, it seems there must be a small see-through cabinet labelled “racial separatism”, with a sign saying “in case of low polling, break glass,” said PR man and former National Party press secretary Ben Thomas in a Stuff column.

Inside the cabinet?  “A get-out-of-jail-free card . . . for oppositions in the wilderness,” he said.

"There's a big red button on the opposition leader's desk  - and when things go badly you bash the race button," he said.

Whether its a race card in a cabinet  -- or a big red button - both pundits, and many others, agreed on the tactic Collins had used.

“The reason this card remains so tempting to play is the dim political memory of National leader Don Brash’s 2004 Orewa speech, which led to a sudden, meteoric rise in National’s polling,” said Thomas.

Host Kathryn was there at the time as RNZ political editor - but she said the assumption the speech was a calculated masterstroke of media manipulation is a myth.

She said it was hard to get copies of the speech in advance and she recalled the Herald hadn't even sent a political reporter that day.

Ben Thomas in his Stuff piece made the point that “the race card” has never helped make any leaders playing it a PM anyway - and while people remember Orewa in 2004 because of the poll bump, few remember Bill English gave a “one law for all” speech in 2003 after his heavy election defeat.

“Labour is prepared to use any crowbar to wedge the Treaty into the heart of our law and constitution, against the will of the people. It's time for people of goodwill to stand up for one standard of citizenship. Let's make 2003 a turning point for the silent majority who want to reclaim their country.”- Bill English, National Party leader, February 2003

It all overshadowed the actual health reforms announced last week and overall issue of Māori health, wealth and well-being.

“Collins has lost the sense of what point she’s trying to make,” Newsroom’s Jo Moir said in a comment piece.

“The political point Collins is desperately trying to make is that the health system should be based on need not race . . . (but) in New Zealand need and race are intrinsically linked.”

But it also threw light on the He Puapua report about Māori co-governance that “wasn't released publicly over concern it could be misconstrued as Government policy.”

Herald Social issues reporter Michael Nielsen and RNZ Katie Scotcher did good backgrounders on the report which is the product of signing of the United Nations Declaration on the Rights of Indigenous People in 2011.

In his weekly Herald column Mathew Hooton pointed out “He Puapua . . . is a direct consequence of John Key's decision in 2010, over the objections of many in his party, that New Zealand would support the UN Declaration on the Rights of Indigenous Peoples.”

Now that the report is out (most of it) the ‘Vision 2040’ it sets out is far-reaching - including a new constitution rooted in Te Tiriti and the UN declaration with two "spheres of authority" which would share power.

Hooton said the government should be asked about what parts of it could be acted on - and that wouldn't have happened without this week’s political rows and media coverage.

Newsroom goes down the rabbit hole . . . 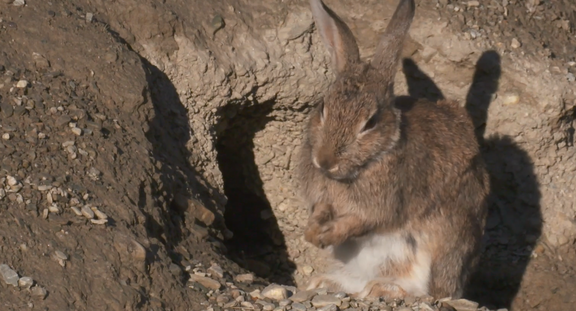 One of the rabbits in the cast of thousands in Newsroom's 'Apocalypse Down' series. Photo: screenshot / Newsroom

Today Newsroom launched a series of NZ on Air-funded videos under the title ‘Apocalypse Down,’ billed as Newsroom's investigation into the reality of the South Island's exploding rabbit population - with jaw-dropping scenes of dry rabbit-infested landscape Central Otago and Southern Lakes landscapes “like maggots on a carcass”

It covered regions and towns we hardly ever see in the news, often overlooked by TV news - like Moeraki, Crowell and others.

Newsroom says the series “sets out the scale of the ecological, agricultural and economic problem multiplying rapidly across a big chunk of the country.”

Come for the eye-opening footage, stay for the medieval dubstep soundtrack.

But seriously - well worth a watch on the exponential curve we are not handling well. https://t.co/PB2O25vQR1

“Welcome to another environmental fiasco in Aotearoa’ is how Newsroom's lead investigations editor Melanie Reid puts it.

Part one showed pretty vividly just how infested parts of it is - and that those on the land suffering say there’s no plan. Part two has an entertaining / alarming short history of the rabbit problem and the colonial legacy

Part three  - made with Jill Herron, a freelance journalist based in Cromwell - is about the rise of the “lifestyle rabbit.” It highlights how changing land use is also a problem.

You can't use the same rabbit control methods where people and pets now live  - sometimes in flash properties - that you could use in what was once open space.

“Owners of lifestyle blocks throughout Central Otago are finding they have to spend two or three thousand dollars a year on rabbit control – that’s after they’ve forked out $10,000 on a rabbit-proof boundary fence. “The Real Estate agents didn’t tell us about the rabbits” is an often heard complaint from recently-arrived Aucklanders.”

“The Otago Regional Council concedes there are “hot spots”, but says "rabbits are not at plague proportions yet.”

(There are four more parts to come on Thursday).

The Wairarapa Times Age newspaper may have a solution.

Following on from reports of shortage of some types of pet food in the shops  - which RNZ labelled a “cat-astrophe” - a local vet told the paper.

“You can take a problem and actually turn it into an opportunity to boost your pet’s immune system. Changing proteins particularly away from red meat protein towards white meat protein – chicken, fish, possum, and rabbit – is a great thing. There’s no shortage in New Zealand  -- anything that wiggles and squeaks is good to go.”

Diminishing returns of the Apprentice 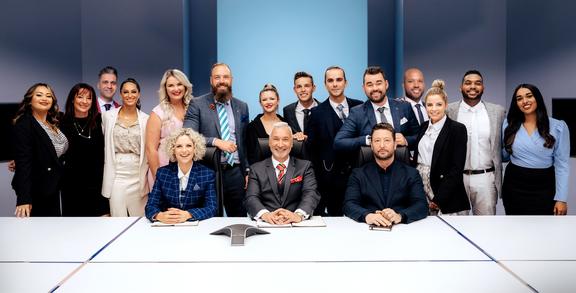 The candidates and mentors for The Apprentice Aotearoa. Photo: supplied

The Apprentice Aotearoa starts next week on TVNZ.

The PR onslaught for the show that made Trump a TV star  in the US - has already begun - and the content-hungry entertainment sections of news media are lapping up the handouts.

No mention of the fact that within a year of the previous series in 2010 the boss/ mentor figure Terry Serepisos had been declared bankrupt with unpaid taxes and debts of almost $50m. His mum was declared bankrupt too.

But the PR blurb in the weekend revealed a couple of interesting things about the upcoming series.

For a start, it seems that - unlike Auckland-based Newsroom with their Otago rabbit plague series - they haven’t looked too far beyond their big smoke HQ in Auckland.

All the 14 candidates are Aucklanders under 42 (except one).

For the previous 2010 series only half were from the 09 - the rest from Christchurch and Wellington.

What are they competing for? A lot less than the previous show in 2010.

The top prize is $50,000 investment in their business and ongoing bespoke mentorship with host /boss Mike Pero.

In 2010, the winner got a $100,000-plus salary working for Terry Serepisos, a one-year lease of a BMW and luxury accommodation at the businessman's Wellington hotel - (though he was not happy with the car).

All seems a bit low budget this time round even though its sponsored by Samsung.

Will viewers might find The Apprentice franchise a bit toxic because of the association with Trump?

This time Mike Pero and others are playing down the association in pieces like this: The Apprentice Aotearoa to be 'the opposite' to Trump-style business. 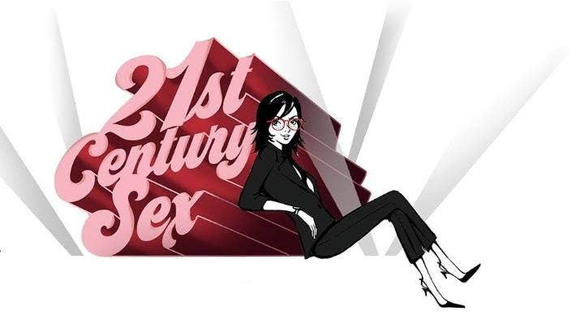 Stuff claims to be no longer in the clickbait game  - all the better to build trust.

But most popular story headlined: “My wife got us into massive debt” hooked me and I clicked.

Turns out it was the online version of a Sunday Star Times’ Sunday magazine   agony column that’s been running since 2019 but i never noticed it.

The column - called Petra Says - has this footnote:

“Petra Quinn is a 30-year-old professional living and working in Auckland, New Zealand. She uses a pseudonym for this column to protect her personal and career opportunities.”

Who would seek or accept financial, relationship and sex advice from someone with no clear expertise who doesn't say who they are?