Directory inquiries: Does the Yellow Pages have a future?

Once a billion-dollar business, its critics claim the country’s most widely circulated publication is now a redundant and wasteful throwback to pre-digital times. But now under new management, the Yellow Pages has a digital plan.What’s the future for the once-ubiquitous directory whose fortunes mirror those of the news media? 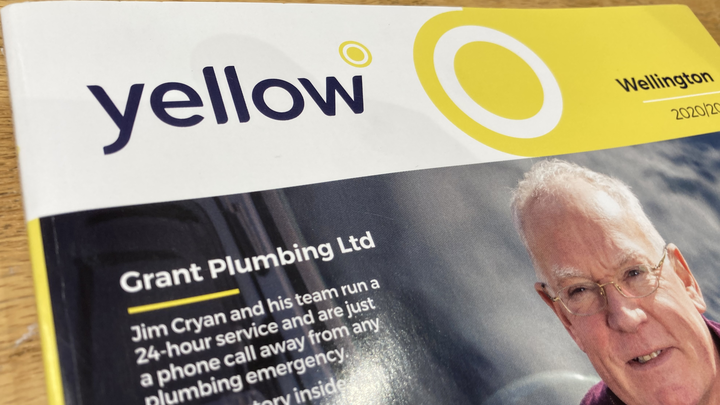 Households in and around Auckland have been getting the Yellow Pages on their doorsteps lately - but not everyone‘s pleased to get another copy of the distinctive book that’s taken up space in almost every home in the country for decades.

Hello! 1995 just showed up at my house! #OldSkool pic.twitter.com/XAK0GQt8Ra

The Yellow Pages is the butt of lots of gags like that in the internet era, but recently it’s also had pushback from critics complaining it’s unsolicited, unwanted, unnecessary and wasteful.

Two years ago online news service Crux - which covers Queenstown and the southern lakes region - reported many readers objected to the mass-delivery of the Yellow Pages on the grounds of waste.

It said more than 14,000 people in Auckland had opted out of delivery in 2018 - and it published the online link for its own readers to follow suit.

TVNZ’s Seven Sharp show host Jeremy Wells recently described the Yellow Pages as being “dropped like telecommunications 10-80” on the country.

That was after Aucklander Geoff Neal used the online business networking platform LinkedIn to call for the end of unsolicited delivery after he said he found dozens of unclaimed copies at his apartment building.

Neal - a self-employed small business advisor - also claimed thousands of Yellow Pages end up in landfills every year and illustrated his post with a photo-shopped image of them being bulldozed at a landfill.

He pleaded with major media organisations to take up the story - and they did.

He told Seven Sharp the books should only be delivered to households that specifically request them because hundreds of tonnes of Yellow Pages end up in landfills every year.

Newstalk ZB’s Heather du Plessis-Allan said she was one who “throws it in the bin, because who needs it?” when she interviewed Geoff Neal about the issue.

But the Yellow Pages hit back - accusing Neal of “alternative facts” and creating misleading images.

“We didn’t appreciate the fake news - that statistic around waste is made up,“ Yellow Holdings new CEO Tracey Taylor told Mediawatch.

“The books are 100 percent recyclable and made from waste products. No trees are cut down or harmed in the making of the books. Even the plastic wrap is recyclable,“ Taylor said.

“Our distribution is done solely by charity so about $1 million goes back to charity each year,“ she said.

Another aspect of the Yellow Pages was missing from the media debate – the emergency information published in each edition.

Tracy Taylor told Mediawatch this is considered an essential service by the government which has a contract with Yellow Pages to provide it.

“That’s important when you consider the range of ages, abilities and access to the Internet. Not everyone has ultrafast broadband. The web doesn’t always work when it comes to searching for something or someone in your local community," she said.

Taylor said 180,000 businesses around New Zealand advertise in the Yellow Pages and Neilsen Research data showed there are millions of look-ups - and four out of five people followed up with an inquiry. 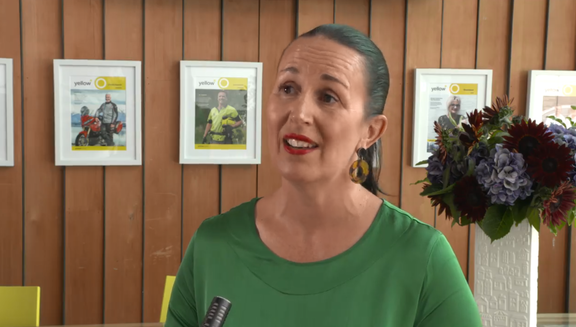 Back in the day, Yellow Pages would have no fear of a single small business advisor because it was a very big business.

But since then, the rise of free and easily found info online has meant steady declines in profits and scale.

In fact, the same dilemma as our newspaper publishers: a legacy printed product that’s well-known but suffering because of the likes of Google and Facebook  and other online services.

In the NBR in February, reporter Julie Isles said while people have been forecasting the end of directory companies for 10 years their demise has been slow.

And like the news media, they made efforts to join what they coulndn’t beat

Fairfax’s Trade Me deal was the biggest such play and the New Zealand Herald’s publisher NZME got into the directory game more recently too in a joint venture with online service Localist. But Localist has been in liquidation since September last year, with the owners citing the presence of Yellow Pages as a reason.

Norway's leading news publisher Schibsted invested heavily in online directories and sales platforms from the mid-1990s. The success  of several in Norway and other countries since then has unpinned its news operations and offset declines in newspaper advertising.

After many changes in ownership and management, the company has now partnered with Google, the very business that has gutted its business model.

Yellow Pages has transitioned into a digital marketing agency. In addition to listing businesses in its book, it now creates marketing strategies for new and established commercial clients across all media.

In 2018 it purchased an existing digital agency and a half- stake in an app called MyTask.

“We have to adapt to the way the customers use the media. Every platform is not for every business and I think every digital agency should have a print option. If we think outside the cities there is a very different landscape to consider,“ Taylor said.