A single tweet sparked bulletin-leading calls to scrap one of our most enduring and most-watched local TV shows this week. Many arguing whether the show was racist or not also admitted they don't watch it, while the show’s makers rejected the claim and TVNZ kept its head down. 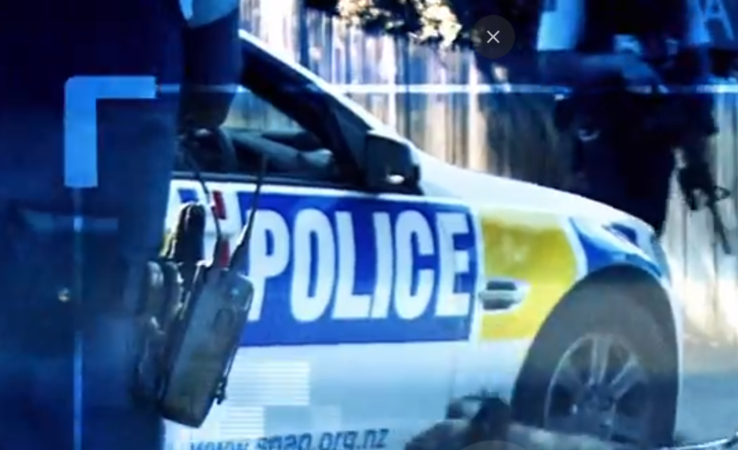 Last Sunday morning Auckland City councillor Efeso Collins tweeted that he’d been watching TV and didn’t like what he saw on TVNZ.

His call to scrap Police Ten 7 quickly rose to the top of the news agenda.

Hey @TVNZ it’s time u dropped Police Ten 7. A couple of days ago I was watching tv & your ad cut promo’ing the program showed young brown ppl. This stuff is low level chewing gum tv that feeds on racial stereotypes & it’s time u acted as a responsible broadcaster & cut it.

On Newstalk ZB’s Early Edition show before dawn, councillor Collins told Kate Hawkesby he didn’t actually watch Police Ten-7 but he was sure it stereotyped Māori and Pasifika people.

“It has no taste, and no flavour. It is now time for TVNZ to spit it out,” he said.

After that, broadcaster, academic and critic Ella Henry told host Dale Husband the show was “hate speech” which should be scrapped immediately.

She said the show “allowed the dominant culture to feel safe and secure that we are being handled by the police”.

But was a fleeting scene in a trailer really enough to condemn a show that’s had 28 successful seasons on TVNZ - and which, according to police, has helped them make hundreds of arrests down the years and solve some serious crimes with input from viewers?

It wasn’t the first time Police Ten 7 has been criticised.

His views were in the news last June after the American police show Cops - which routinely exploited real-life footage of aggressive policing - was cancelled after 32 years on air amid building anger about racist and violent policing in the US.

Trevor Bradley told Stuff a student analysed one series of Police Ten 7 in 2012 and concluded the "ride-along" section of the show zeroed in on Māori and Pasifika people.

At that time TVNZ and the Police Ten 7 producers insisted the programme merely filmed call-outs as they happened without judgement - and the show was an accurate snapshot of how Kiwis interact with police.

They launched a spirited defence of the show in a joint statement:

"As it’s observational, this programme doesn’t cast judgement on arrest rates or prison statistics - but if it causes viewers to think about this issue more closely, that wouldn’t be disappointing for those involved."

Another series of the show passed by in 2020 without any more headlines - until last Monday.

By mid-morning Newstalk ZB and the Herald had headlines saying debate was “raging” after Efeso Collins put it back on the agenda. It had been pushed on by Race Relations Commissioner Meng Foon on the Mike Hosking Breakfast.

He said the Police Ten 7 was racist and so was the New Zealand police force, but later walked back his comments.

But unlike other critics, Meng Foon didn't want the show scrapped, he wanted it “quotarised” or ethnically evened-up.

“So you would argue we’ve just edited up three brown people doing 'whatever' for the programme, so we now need to find three white people?” Mike Hosing asked.

“Why not?” Meng Foon replied.

If you don't do the crimes, you won’t do screentime on Police Ten 7, in other words.

“Does he want the police to ignore crime if it’s committed by brown people? I’m beginning to think there are people that do want that,” Bell said.

Councillor Efeso Collins had already told Newstalk ZB that, far from ignoring crime, he was addressing it personally in the region he represents, working with community groups and the police in South Auckland.

Indeed he was doing just this this week:

Really enjoyed the genuine, real & challenging discussions we had with senior Counties Manukau @nzpolice today. All of us are committed to serving our communities & their efforts are appreciated. pic.twitter.com/uGgziwiohc

Collins and the show’s supporters have very different ideas of what Police Ten 7 is for.

In 2014 producer Philly de Lacey - now the CEO at production company Screentime said the ethos was a “warts-and-all” point of view, demystifying the role of the police as well as harvesting tip-offs for unsolved crimes.

And she said one of the greatest tributes to the programme was the number of officers they worked with who said Police Ten 7 was the reason they joined the police.

If so, what the show portrays really is significant.

And TVNZ at times makes the show sound like great fun. It promoted the specials aired over summer as “a whole season of summer mayhem”.

Councillor Efeso Collins criticised the maker Screentime as well as the show itself:

“This is a French-owned production company that’s based in Australia. They have absolutely no stake in New Zealand and they’re not interested in how we are developing or evolving as a nation. Their only interest is in getting high ratings,” Collins told Radio Waatea.

But Screentime made the show Marae DIY and has a unique commercial partnership with Māori Television to creating campaigns for the Māori audience.

Screentime’s website says it “works with some of the best fluent (te reo) speakers and cultural advisors to tell positive stories” such as students’ success with Te Kura (formerly the Correspondence School).

This week Screentime chief executive Philly de Lacey strongly denied Police Ten 7 was racist - or anything like the US show Cops.

She told RNZ’s Checkpoint Police Ten 7 was an important show for all Kiwis and it documented the evolution of our police force over more than 20 years.

The current host is Detective Rob Lemoto who is of Tongan origin, and who grew up in Manurewa and has worked as an iwi liaison officer in the past.

De Lacey told RNZ she was offended by claims the show was edited to highlight any racial group.

But Police Ten 7 is not a documentary or current affairs show.

On The Spinoff this week, former police detective Tim McKinnel said the current contract between the police and Screentime made it clear the deal was exclusive access, on the condition Screentime “do what they are told”.

The police preview the content before and order edits for reasons of “security, sensitivity, privacy” among other things - including “matters which may affect the integrity or legal liability of the police or bring the police into disrepute”.

So if Police Ten 7 cameras really did capture overt racism from officers, it’s virtually certain viewers would never see it.

The same applies to other TVNZ-made shows about the police.

After Dame Margaret Bazley's damning 2007 report on the culture within police ranks in 2007, TVNZ produced a series called Women in Blue as part of a gender-focused recruitment drive.

One of the officers told RNZ at the time there was no danger of looking bad.

“Even though you’ve got these cameras coming along with you and you think you’re taking a risk ... you actually get to view those episodes before hand so you can make sure those stories are told in the way you want them to be told,” Constable Bridget Suckling told RNZ at the time.

It's the same - or similar - for like likes of Highway Cops (also on TVNZ every Thursday after Police Ten 7), Motorway Patrol, Border Patrol and many other shows where access on the condition of co-operation.

In 2015, Philly De Lacey told Mediawatch Screentime has editorial control of Police Ten 7 stories, but the police had the ability to ask them to remove stuff “for operational or legal reasons”.

“We’ve never had an incident when they have told us to turn cameras off because they feared a situation wouldn't look good,” she said.

In the end this week’s Police Ten 7 controversy was all over in the media within 24 hours. It remains to be seen if the controversy will have an impact on the programme.

But while the police and TVNZ  jointly defended the show from criticism in June last year, this time TVNZ would only say it was “listening to feedback”.

A police spokesperson told media this week the contract with Screentime was due for renewal at the end of the year.

“We are looking to explore opportunities to highlight the many other areas of work Police is involved with, such as community engagement and harm prevention,” said the statement.

Given its popularity with TVNZ viewers, Police Ten 7 is likely to be back for series 29 in 2022 in spite of objections voiced this week.

And - under a new contract between themselves and the makers - it's also a fair bet police powers of approval, vetting and veto will be used by them to make sure viewers only see the type of policing the police want them to see.