Mediawatch's weekly catch-up with Lately. This week Colin talks to Karyn Hay about a Covid campaigner getting the oxygen of publicity. Also: 'Novax' Djokovic being a sore winner, a mindblowing radio resource and new apps from Māori TV.

The curious case of the 'MIQ martyr' 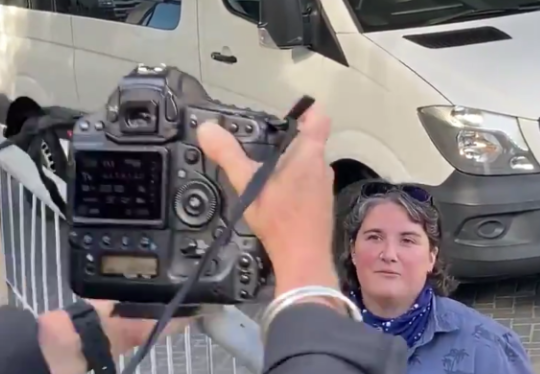 Lucinda Baulch from Australia surged into the news yesterday when she was released from 28 days in MIQ after refusing to have a Covid test and threatening to seek a judicial review.

She first made the news last weekend when it was reported she had refused a test after accompanying three foster kids to New Zealand - and had been held for a second 14-day stretch.

On Saturday RNZ reported she “says she just wants more information before agreeing.”

RNZ quoted her as saying this:

"As someone with a medical background and knowing the importance of informed consent . . . I'm entitled to it, it's a right, it's an obligation of the party offering a consent form . . . If you can prove with evidence, I am a loyal advocate. At the moment I just haven't had the assurances”

RNZ reported a Ministry of Health spokesperson as saying Baulch got the the same info as everyone else in MIQ - and that the swab used was considered “the gold standard for the detection of Covid-19” and 1.6 million had been carried out so far without any safety issues.”

But there was also a red flag.

RNZ said Baulch said she had seen "research from Portugal" where a court had ruled the PCR swab was “97 percent ineffective.”  This involves a judicial ruling in Portugal last year - later overruled - on four Germans challenging their quarantine there. The judges cited research they didn't understand and reports of this have been circulated by people and groups campaigning against Covid restrictions in several countries.

On Monday, a Newshub at 6 report began with: “She has protested Covid protection measures in Australia."

It ended with Baulch's threat to take the government to court after a "stay that was longer than she had planned".

Newshub skated right over her activist background  - and RNZ's story didn't mention it at all.

On Tuesday the New Zealand Herald reported she had “protested against lockdowns” in the past and she “told the Herald she had “looked up ways to get mask exemptions and participated in a freedom event".

But this was only after some on social media pointed that out a quick dig around online revealed more than enough to persuade any editor this was a person whose claims and motivations should be treated with extreme caution.

Baulch had made a rambling formal complaint about police conduct at an anti-lockdown demo in Melbourne last last year.

"But Dylan, how do you know she's a Covid denier," say some. "She just wants information!"

Let's look at one of her press releases... pic.twitter.com/Cba4Yvb9US

Baulch told RNZ and Newshub she would readily consent once she had scientific assurances the test was safe -- but during her MIQ stint, Lucinda Baulch told YouTuber Karen Brewer she was asking for much more.

She said she presented them with a non-negotiable document based on "common law" demanding  - among many other things - evidence of Covid death rates and assurances things wouldn't be implanted during the testing process.

This was one of several YouTube interviews posted by Karen Brewer  - a Covid denier, protest organiser and conspiracy theorist from Australia now living in Northland.

In her videos, Brewer urges people to join anti lockdown “freedom” demonstrations in Whangarei. Lucinda is nodding her head in agreement in the split-screen video - after discussing details for further press statements

On February 20, Baulch told Karen Brewer a ten-minute chat with an RNZ reporter ended up as “only 60 seconds in the news” - which Karen Brewer said was proof all journalists were conspiring "filthy Freemasons".

It wasn't until mid-Wednesday that Newshub reported that Baulch "starred in conspiracy theorist's YouTube videos while in MIQ."

In September last year, Newshub reported Brewer had been ordered to pay almost $1 million in damages to an Australian MP over a slew of defamatory social media posts. The ABC's Media Watch revealed she had moved to New Zealand and continued her extremist conspiracy-laced social media posting.

The judge said Brewer accused the Australian MP of being "a member of a secretive paedophile network" who had been "parachuted into parliament to protect a past generation of paedophiles."

In her judgement the judge said there was no "sensible basis" for the "wholly indefensible" allegations".

“Social media has provided Ms Brewer with a platform by which she is able to reach suggestible individuals who may believe her claims,” the judgment said.

You could say the same about some of the the news stories about Baulch's stand in MIQ this week with headlines like: "Just show me the facts."

No-Vax Djokovic a sore winner - and a Covid skeptic 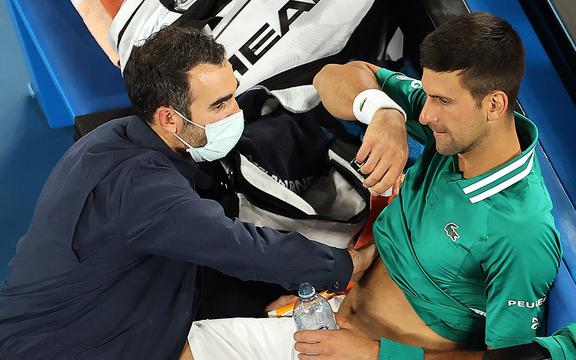 "Emotionally (this) was one of hardest tournaments  . . . with quarantine and a lot of things happening in the media,"

He objected to having to quarantine at luxury apartments in Adelaide where the players could be monitored - insisting top players should be able to quarantine at private houses with tennis courts instead - and monitor themselves. (No mention of where the people who owned those houses where supposed to go during lockdown . . . )

"Then the next thing you know within a couple of days I'm persona non grata in this country," he whined.

"It seems unfair from some people that criticise and judge," he said.

But ‘Novax’ is the last sports pro you would trust to observe Covid protocols.

He and his wife are anti-vaxxers who both contracted Covid-19 last June  - along with other tennis players - after organising cross-border tennis tournaments and parties in Serbia and Croatia against official advice.

The ‘Google Earth of radio’ 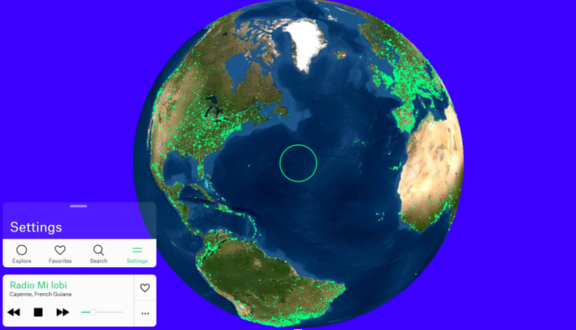 In a locked-down world, a website called Radio Garden offering more than 30,000 radio stations at the tip of a finger or click of a mouse is taking off.

“The concept is simple: you look around a global map and select an area that interests you. When you click on that region and select a green dot signifying a radio station, the feed will automatically start playing, telling you the name of the station you are listening and where it is. And it’s totally free."

The Guardian this week reported a surge of users - and stations lining up to be on its new app.

Brain Eno’s endorsement on a recent podcast with Laurie Anderson may have something to do with it.

An Amsterdam-based Brit named Jonathan Puckey launched it in 2016. It was originally commissioned as a temporary project by the Netherlands Institute for Sound and Vision as part of research looking at how radio has fostered “transnational encounters”.

You can’t search by genre  - only by location, though once you find one you like you can set it as a ‘favourite.’

Give it a whirl - but it is severely addictive.

The Māori TV app has all the main programmes and recently-screened movies on-demand - and there’s a separate one for the news content: Te Ao Māori News - which also issues news alerts.

It’s a good move to have two because on the website its hard to navigate between all the content. Both apps are bilingual and have functions to aid learning te reo.

They have been a long time coming.

Māori Television announced it would transform into “a modern, platform-neutral and digital-first media organisation’ in 2018.