Last weekend the same startling scoop appeared in the papers of both major publishers: a teenager arrested for plotting a school massacre which was completely suppressed for nearly two years. Both companies fought a long legal battle to publish details of a story that could have had an impact on the gun law debate. 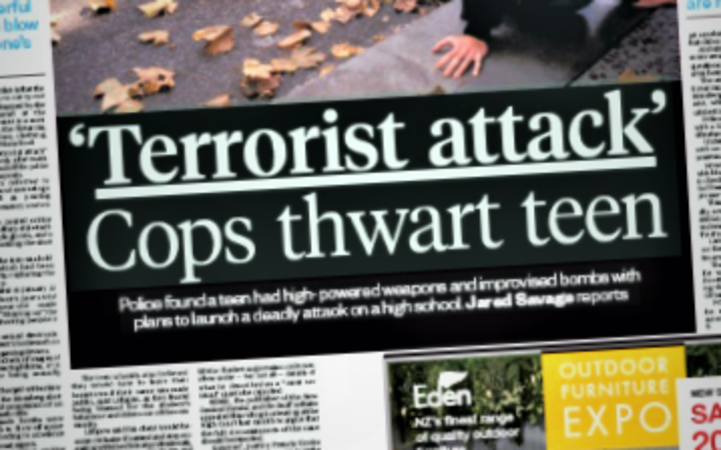 It’s not often the same startling scoop appears in rival newspapers on the same day.

But the troubling case of a Tasman district teenager who planned to shoot teachers and fellow high school students was on the front pages of the Stuff papers up and down the country last weekend - and page three of the Weekend Herald, written by Jared Savage.

The other extraordinary thing about this story was that it had taken almost two years for just some details of it to come to light in the news.

Since January 2019 comprehensive suppression orders prevented all media from reporting the story of the teenager arrested after a police raid found an arsenal of weapons including an AR15 rifle - the type used in the Christchurch mosques' atrocity - and home-made explosives as well as a plan for attacking the school.

We’ve seen school shootings in the US in our news often in recent years but, as the Dominion Post said last weekend, it’s the sort of thing that never happens here.

Though it did happen once - almost a century ago. 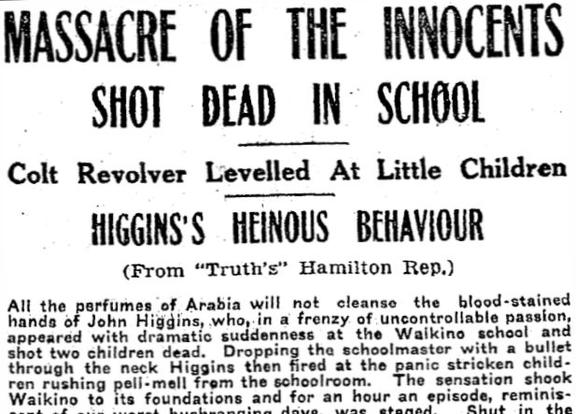 Truth newspaper reporting the shooting tragedy at Waikino school in 1923. Photo: Papers Past

In a correction published last Monday, the paper said one man shot two children dead and injured others with a revolver in the Waikato town of Waikino‘s small school back in 1923.

“All the perfumes of Arabia will not cleanse the blood-stained hands of John Higgins,” said Truth newspaper at the time.

The police raid in late 2018 also found objectionable images of minors and a letter addressed to "investigators" in which the teen declared themself  “a terrorist.”

The teen later pleaded guilty to a series of charges including unlawful possession of explosives, firearms and restricted weapons, and was sentenced to intensive supervision.

According to last weekend’s reports, a judge overseeing the case believed the police intervention - prompted by tip-offs from the public about the teen’s conduct and social media posts - may have prevented a tragedy similar to the Christchurch mosque shootings.

But the Tasman teen’s arrests and court appearances remained a secret while the debate about gun law changes played out after March 15 2019.

We still wouldn’t know anything about them if Stuff and the Herald publisher NZME hadn’t pursued a lengthy joint legal bid for the right to finally publish the details - or at least - some of them last weekend.

And even now, quite a lot of what’s been gathered by the police and presented in court still can’t be reported, according to Stuff’s lead reporter on the story, Blair Ensor.

A judgement issued the day before the Herald and Stuff published their stories finally gave the green light for some of the previously suppressed details to be published.

“That allowed us to publish an agreed summary of facts including details that related to charges the teen had pleaded guilty to. In 12 years as a journalist I’ve never dealt with a case like this. It is highly unusual,” he said.

Last weekend’s stories had to be written with great care. 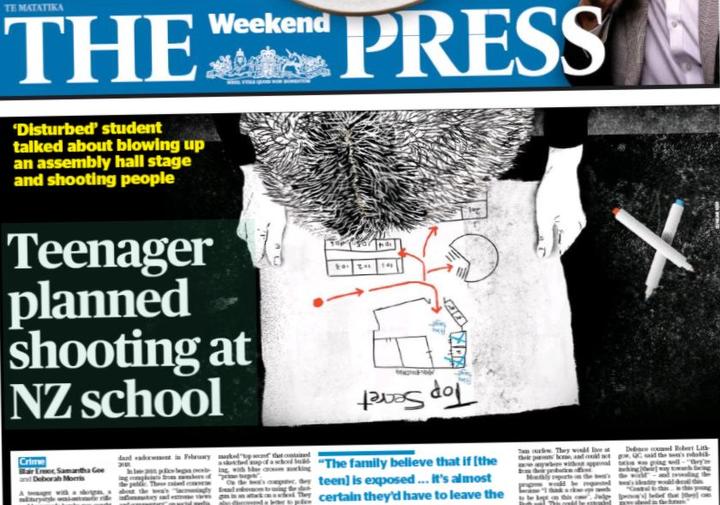 “There were senior staff overseeing that and our lawyer, Robert Stewart, who had sat through the hearings was watching things like a hawk,” he said.

Even discussing the joint challenge to the suppression with Mediawatch ran a risk of revealing details which are still suppressed - which would be in contempt of court.

When asked how he first became aware of the story, Blair Ensor could only say it was sparked by “something a journalist saw that piqued our interest”.

The main reason for the wide-ranging suppression was the harm that could be done to the teen’s rehabilitation. The suppression also prevented the naming of the school the teen planned to attack.

Blair Ensor told Mediawatch Stuff initially wanted to reveal the identity of the teenager but it became clear early in the process that wasn’t likely to be allowed.

“We argued that the rehabilitation argument did not meet the test for extreme hardship. We felt that identifying the teen would allow people to be aware of the risk they posed – and even if the threshold wasn’t met the principles of open justice and freedom of expression were not outweighed,“ he said.

Some details on the agreed summary of facts and details gathered by the police still can’t be reported.

“That’s very frustrating. I think it’s important that we're able to look at how a teen finds themself in the kind of deluded position that this one did. Without being able to traverse the history and look at the police file it’s very difficult to get the learnings from this case,“ he said.

“We can’t look at how agencies responded to this because we can’t get that information,“ he said.

"In my view the events of March 15 in Christchurch are really irrelevant here,” Judge David Ruth said when the teen was sentenced.

“Perhaps by incarcerating this young [person] and taking the cautious and conservative approach the court has, it's arguably the case that we prevented yet another episode similar to those that did occur in Christchurch," he said.

But if the public had known that such an episode could have occurred even before the Christchurch atrocity in March 2019, it could have had an impact on public opinion when the controversial changes to gun laws were a live issue.

“I don’t want to wade into the debate on gun reform, but without a doubt it would have added weight to calls for change,” Stuff's Blair Ensor told Mediawatch.