Dairy me: vegan promise comes back to bite broadcaster

In July, Duncan Garner promised to go vegan for a year if Labour was able to govern alone at the election. Following a flood of messages from people looking to hold him to account, he's keeping his word. 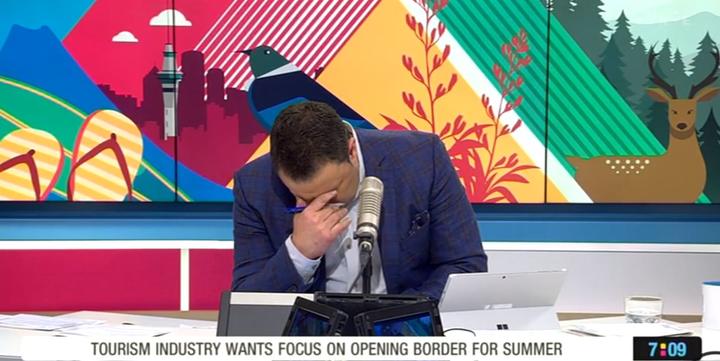 Duncan Garner announces he will be going vegan for a year. Photo: Newshub

In the heady days of the 2005 general election campaign, Green MP Keith Locke made a promise he would live to regret.

He said if ACT leader Rodney Hide won Epsom, he would run through the streets of the electorate naked.

It seemed rash even at the time. Polls showed Hide on track for victory in Epsom, and he ended up winning the race handily.

Locke was forced to stick to his word, at least as best he could within the boundaries of New Zealand law and common decency.

He walked down Broadway on a Sunday afternoon, clothed only in body paint and a G-string.

Since then, most New Zealand politicians and pundits have been reticent to put their bodies on the line in support of their pre-election predictions.

That is, until Duncan Garner set about delivering his usual 6.30am editorial on The AM Show one day in late-July.

"I'm so confident that Labour won't poll this high on the night, or even high enough to govern alone, that if I'm wrong and either happens, I promise to become a vegan for a year," he said.

When Garner made that promise in July, Newshub’s Reid-Research poll was showing Labour on 60.9 percent support.

Fast forward to election night. Labour supporters are overjoyed at their preferred party winning an outright majority of seats in Parliament.

But on social media another subplot was playing out: people are calling for Garner to keep his word.

This week, The AM Show host conceded to the people holding him to account, and said he would be going vegan for a year.

The new lifestyle is fine so far, mainly thanks to the support and advice he's received from people across the country, he says.

Despite his self-inflicted lifestyle change, he won't be backing away from delivering risky, and sometimes wrong, political opinions.

Garner says he respects the efforts of the citizen journalists who demanded accountability.

"You can't sit here every day and be a guy that holds people to account and demands things from others if you go at the first opportunity and ignore a pledge or promise you make yourself."

Mediawatch will be periodically checking in to find out whether Garner has kept his commitment to veganism.