Mediawatch’s weekly catch-up with Lately. This week Colin talks to Karyn Hay about two unusual interviews from young ‘James Tame’- and a personal perspective on a city still munted after all these years. 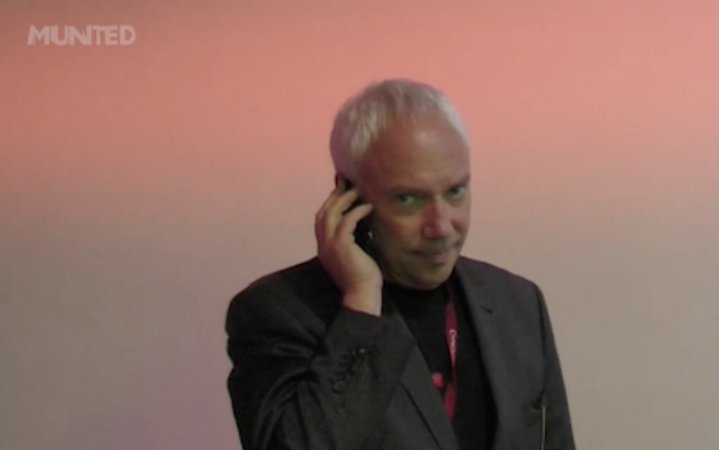 Still munted after all these years

This week's stories about insurer Southern Response was a reminder that people in Christchurch are still are still living with the effects of the quakes ten years on.

Mediawatch got a gentle telling-off about that this weekend on Twitter from senior journalist at The Press, Philip Matthews:

“It could have looked south this week at how the tenth anniversary of the first Chch quake was marked by NZ’s leading news website.”

Fair call. The centrepiece of the effort was his own NZ On Air funded anniversary effort - a series of seven short videos billed as “a personal perspective (along with Stuff colleague Charlie Gates) on how a city was munted first by earthquakes and then by politics."

All the videos are hosted here by Stuff, on Stuff Play and on YouTube. I watched them all in a row the day they came out last week.

If - like me - you’d lost track of how the rebuild plan was going, it’s fascinating viewing. Munted dwells on things that went wrong and has a jaundiced tone but it reflects the feelings of those who have had to live through it all and feel let down.

Nine to Noon’s weekly media commentator Andrew Holden was the editor of The Press at the time of the quakes.

This week he made the point that Munted airs some of the 200+ hours of video captured by Stuff videographers like Daniel Tobin which has not been seen before. (The Press footage was also shared with, and can be found, at the Canterbury Earthquake Digital Archive - Ceismic).

Gerry Brownlee is in all seven episodes and doesn’t come out of Munted looking too good - but in an interview with The Press about the upcoming anniversary, it seems the feeling is mutual.

“What would you have done differently?

“I would have taken advice about how you give clear messages to people without being offensive.”

Did you see the survey that said just 29 per cent of people think the city is better now? It was in The Press in June.

“I would not know because I am participating in your interview but I never read The Press.”

Surprising that the MP for Ilam for a quarter of a century doesn’t read the city’s daily paper . . .

Meanwhile, the Science Media Centre published a fascinating summary of experts on the progress made in earthquake science over the past decade. 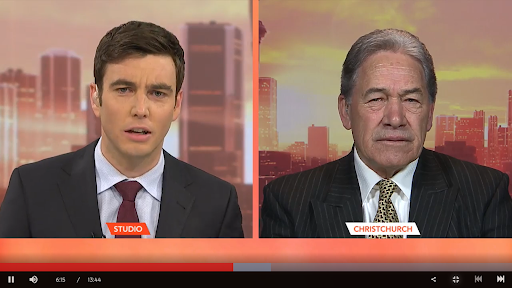 Not many people watch Q + A with Jack Tame on TVNZ1 now that its been moved out of a prime time evening slot on TVNZ 1 and back to Sunday mornings at 9 am. (79,600 watched last weekend according to NZ on Air latest TV ratings for local shows).

But his encounter with NZ First leader Winston Peters ended up being more widely watched and discussed than you might expect.

Jack Tame asked Mr Peters a series of awkward but reasonable questions, to which the deputy PM responded by claiming he’d been ambushed. He responded with some signature stonewalling and pushing back against the interviewee.

He tried to belittle Jack Tame by calling him young, naive and out to smear him - and 'James'

Is that a compliment?

"Philadelphia Lawyer is a term to describe a lawyer who knows the most detailed and minute points of law or is an exceptionally competent lawyer," say Wikipedia.

“You’d need a Philadelphia lawyer to get off that charge . . . “

"Way out in Reno, Nevada, Where romances blooms annexed and fades, A great Philadelphia lawyer, Makin' love with a Hollywood maid."

And although that sort of pushback is par for the course with Mr Peters, it was the way he repeatedly called Tame  ‘James’  - also ‘junior’ and - at one point ‘Billy the Kid’ - that stood out.

That interview was described as a “train wreck” and “car crash” in news stories on Sunday.

On The Spinoff, political lobbyist Ben Thomas likened him to an aging boxer on the ropes who still has power, but dwindling reserves of stamina and off-kilter timing.

When he came back after the first ad break he re-introduced himself as ‘James Tame’ - and later the changed his Twitter profile to the name Mr Peters gave him:

And an actual James - comedian James Roque - mashed-up of Mr Peters answers in that interview  with mock quiz questions:

I feel your pain @jacktame I ran into the same issue when I had Winston Peters on my quiz show pic.twitter.com/qwtQfv2CQ2

All in all not a good look for Mr Peters.

What’s in a name 2: Don't call her Cindy

“Most women – and it happens most often to women by men – hate pet names from outside their friends or family.

The informality signals that a woman’s name, her title and therefore her credentials are not meaningful.

This shorthand appellation is an insidious way of diminishing Ardern’s power and agency.

But the misogynistic jab says more about the (mostly) men using it, than it does Ardern.

It proved to be a clickable hit for stuff.co.nz, taking Andrea Vance by surprise. She told Jesse Mulligan it seemed to have poked a lot of “angry bears” but that wasn't the plan. She had knocked the column out pretty quickly after a couple of glasses of wine because she couldn't think of a better topic.

Some have pointed that just under a year ago when Jacinda Ardern spoke at the UN in New York, the SST put the headline ‘When Cindy met Don’ on Andrea Vance’s column.

It was satire mocking Donald Trump’s lack of class - and accuracy:

“PRESIDENT TRUMP: And all your nu-cu-lar free weapons. You got to grab them in the purse. That's the art of a good deal. Many people are saying this deal is the biggest ever in the history of everything. I think a lot of good things will come from this deal. I love the many peoples of New Zealand. I love them Cindy, and they love me.

James Tame vs Plan B 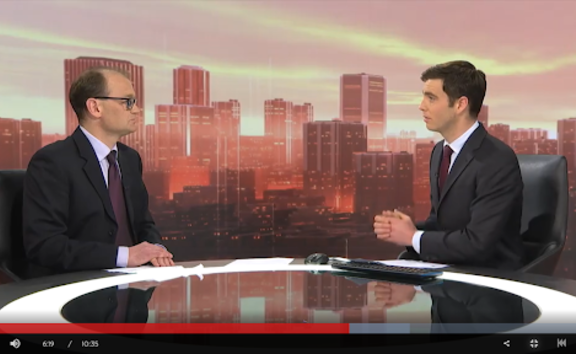 “James Tame’ had another notable interview in Q+A on Sunday.

But he was not the only one.

Newshub’s Dan Satherly reported that others claimed to be quoted out of context on the matter of ‘living with the virus’ including WHO’s Dr David Nabarro (from an interview Hayden talked about on Midweek Mediawatch last week) and Dr Michelle Dickinson.

And when it came to Dr Thornley’s own comments on Q+A, Newsroom’s Marc Daalder embarked on a pretty comprehensive fact check / rebuttal on Twitter:

Finally, Thornley says there's been little debate over #Covid19 strategy in NZ. That's an odd claim to be making on live television, after writing an op-ed for Newsroom the week prior and amidst a concerted effort by columnists to back the Plan B path, but . (16/16)

Former RNZ reporter Leigh-Marama McLachlan was startled by the headline her local paper the Whanganui Chronicle put on a profile of her. So were we . . . .

Turns out it was published three years ago - and just popped up in Liegh-Marama’s Facebook memories.

And the headline is a reference to this part of the article:

“The 27-year-old said she was conscious of the type of stories told about Māori in that they were mostly negative, so she aimed to tell another side of being Māori.”

Still - would that headline be published today . . ?