News of an effective and ready Covid-19 remedy made headlines this week with researchers here playing a big role.  Meanwhile media outlets in Australia - and one here - have backed a drug for headlice in humans and parasites in animals as a Covid cure, even though there’s no reliable proof yet it will help many patients. 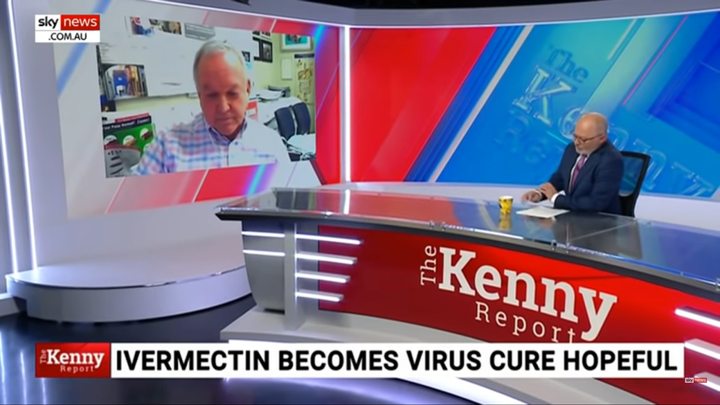 Above it was Dr Colin McArthur at Auckland City Hospital, co-author of freshly published global research which showed two cheap and readily available corticosteroids will save lives of Covid-19 patients.

The Herald was at pains to point out this was not a cure, but it is a remedy that really works for some critically ill patients. 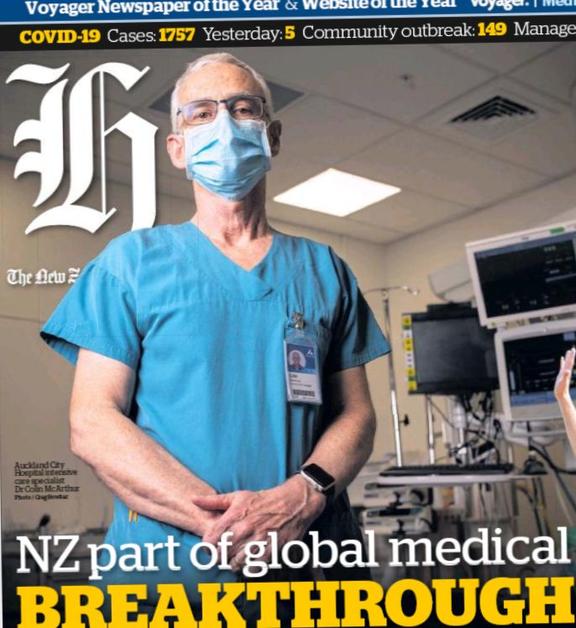 Bold claims for repurposed medicines like hydroxychloroquine - heavily pumped by President Trump and others recently - turned out not to be much use.

But what the Herald branded a “breakthrough” was good news based on sound science and research: data from seven clinical trials in 12 countries involving more than 1,700 critically-ill patients, including six New Zealanders.

However, sections of the media across the Tasman have lately backed another cheap drug as a cure that’s ready to roll right now  - without reliable proof that it really works.

Ivermectin has been used for years - in different doses and combinations - to treat things like head-lice in humans and parasites in animals.

In April, a trial at Monash University in Melbourne reported doses of Ivermectin stopped or slowed the spread of Covid-19 infection - but only in a test tube.

At that time, the Ministry of Health here responded to news reports about that by warning people not to treat themselves with Ivermectin, which is also used as sheep drench.

“We have treatments for this virus staring at us in the face, but they’re being ignored,” Sky News host Chris Smith told viewers angrily, before warning the Australian government the political damage for ignoring an “Australian solution” could be huge.

On his radio show last weekend, Chris Smith presented what he called ‘proof’: “the remarkable recovery” of a 94 year old Covid-stricken woman whose daughter phoned in to tell the story.

Prof Borody told the show he was heartened to hear she was well again and it showed what Ivermectin could do.

Health professionals don’t usually do a public prognosis of patients they have never seen - based on second-hand details on talk radio from a relative who’s not a doctor.

But Prof Borody claimed “plenty of evidence from round the world” and Ivermectin zinc and doxycyclin combo could halt the outbreak in Victoria safely "within four weeks".

Sky News Australia is owned by Rupert Murdoch’s News Corp company whose papers and their outspoken columnists have weighed in behind Prof Borody’s campaign for Ivermectin and his criticism of the Australian government.

News Corp’s Sydney paper The Daily Telegraph said Professor Borody had “invented an effective, cheap, readily available treatment for COVID-19 but his own country ignored him”.

This week he told Sky News host and Daily Telegraph columnist Andrew Bolt Ivermectin “could bring us all together by Christmas and even beyond, while we’re waiting for a vaccine in a couple of years”.

But other media outlets in Australia have told a different story about Prof Borody and Ivermectin. 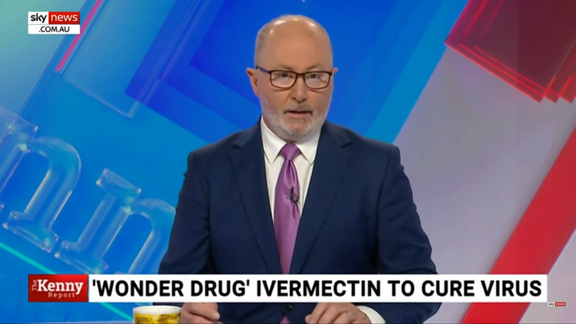 Chris Kenny was one of several News Corp hosts and writers urging more backing for Ivermectin as a Covid cure. Photo: screenshot

Melbourne paper The Age reported the journal that originally published the early findings from Melbourne’s Ivermectin trial “has since published letters from other scientists cautioning against its use”.

One told The Age: “You will hit safety problems far sooner than you will hit efficacy" with Ivermectin.

"Using the highest possible dose that's been studied in a human, it's 10 to 30 times short of where it needs to be."

“A molecular pharmacologist from the University of Adelaide, said: "Oh no, not Ivermectin. It is not a cure for Covid-19," Queensland Times reported the same day.

He said no clinical trials data were available yet and “claims of the high efficacy are to be taken with a grain of salt".

“Our analysis determined that this claim is a mixture of half-truths combined with misleading and overzealous claims,” said fact checking website Snopes.com.

Stories about Ivermectin elsewhere have fired up worries about self-medication.

In New Zealand,  most mentions of Ivermectin in the news media make it clear it isn’t a cure and there is no reliable clinical data yet to justify its use - with one exception. 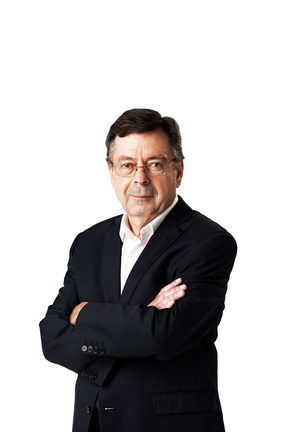 Former long-serving Newstalk ZB host Leighton Smith is no longer on the air but he does have a weekly podcast hosted by NZME.

Last week it was a platform for Prof. Borody to urge the New Zealand government and GPs to use Ivermectin.

Last month the Pan American Health Organisation reported some health officials in Peru, Bolivia and Brazil have endorsed and administered the drug, which is cheap and plentiful there. But it had been widely used "without any scientific evidence of its efficacy and safety", said PAHO, urging doctors and officials there to stop.

Prof Borody told Leighton Smith GPs called him often wanting to prescribe and administer Ivermectin. At one point in the interview Prof Borody said we had nothing to lose and the worst that could happen would be a population “without worms”.

When Leighton Smith asked Prof Borody what support he had in medical circles, he cited a survey online in which he outrated Dr. Anthony Fauci.

That was a poll set by one Twitter user with a blog called Covexit hosting his own writing on Hydroxychloroquine and Ivermectin.

“At times of crisis, New Zealanders turned to NZME to keep them in the know with leading news and journalism,” he said.

One podcast which is committed to news you can use about Covid-19 is the top-rating Coronacast from Australia’s ABC.

In a recent episode host Dr Norman Swan said Ivermectin does have some antiviral effect but people using it around the world untested had created “enormous pressure via the media”.

“It's hydroxychloroquine all over again, and the question is; with scarce resources, should you actually spend them on Ivermectin? Well, maybe you should  . . . but there is stronger evidence for other drugs around at the moment,” Dr Swan said.

Dr Swan said it’s not always science that holds sway once the media make noise about a possible remedy.

“But politics being what it is, to keep people quiet - they might do it,” he said.