A backlash over tough questions for Dr Ashley Bloomfield

Journalists are facing a backlash for asking tough questions of Dr Ashley Bloomfield. Are they being too harsh, or is the director general of health’s popularity shielding him from accountability? Newshub’s Michael Morrah tells Mediawatch reporters are “not here to make friends.” 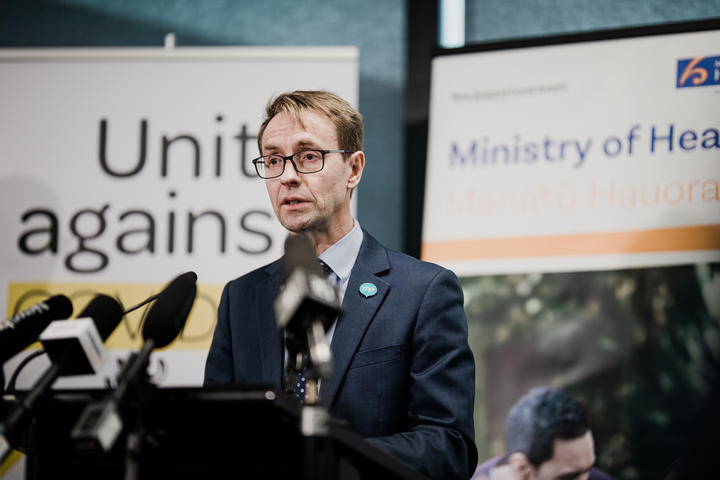 At the 1pm press conference last Saturday, director general of health Ashley Bloomfield fielded a question that provoked a backlash.

“Given the repeated failures of the testing system under your leadership, shouldn’t you take some responsibility and offer your resignation?” a Newshub journalist asked.

The question was being asked on behalf of Newshub’s investigations editor Michael Morrah. He spent the next few days weathering a blizzard of angry tweets and Facebook comments.

One person called him a “public health threat to us all”. Others said he should resign for his own “failure to do his job”.

A running thread in the criticism was that Morrah’s inquiry was unreasonable, given Bloomfield’s record in shepherding the country to 102 days of Covid-19 elimination.

But Morrah wasn’t leaping to a call for vengeance over a single Ministry of Health slip-up. His question came after nearly five months of reporting on the ministry’s shortcomings.

In April and May, he honed in on health workers’ struggles to access  personal protective equipment, or PPE, in hospitals and community care facilities.

That reporting has since been reinforced by the Auditor General John Ryan, who found that Bloomfield’s repeated assurances that plenty of PPE was available, didn’t always match the situation on the ground. 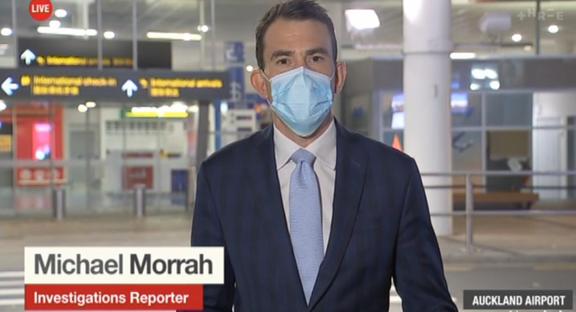 Michael Morrah on Newshub at 6 on August 13 with his scoop on low rates of testing of border workers. Photo: screenshot / Newshub

In May, he reported on the Ministry of Health’s failure to distribute adequate supplies of flu vaccines to hundreds of GP clinics.

Morrah was also one of those reporting in June on the lack of testing for people in managed isolation and quarantine facilities, along with concerning decisions on compassionate leave.

Last week he broke the story on the fact that nearly two-thirds of all border staff hadn’t been tested for Covid-19, despite a government assurance in late June that they would be swabbed.

Morrah says he doesn’t regret asking whether Bloomfield should resign. He sees those sorts of hard questions as part of his responsibility as a journalist.

“The buck has to stop somewhere,” he says. “My opinion is we as journalists are not here to make friends. We’re here to report the facts, and if there are failings, as there have been on multiple occasions with this response in my opinion, then we need to ask the questions and hold the highly paid public officials to account. Because if we don’t do that, and if we don’t ask the questions around this, then nothing changes.” 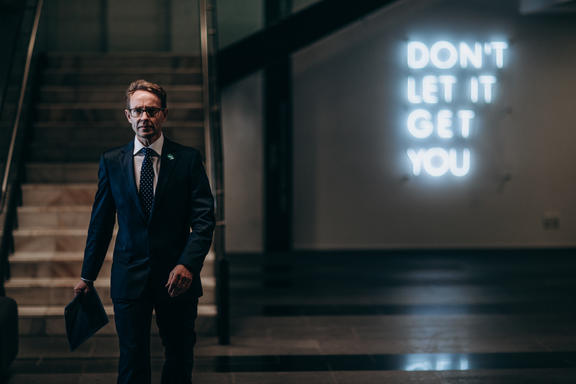 Morrah wasn’t alone in calling for accountability at the Ministry of Health over its failure to implement adequate testing in June and August.

Earlier in the press conference where Bloomfield was asked whether he would resign, RNZ’s Jo Moir asked Health Minister Chris Hipkins a similarly tough series of questions, which also ended in a query on whether jobs would be cut.

She noted that in both June and August, Ministry of Health staff hadn’t adequately implemented government policy on testing in managed isolation facilities and at the border.

“Do you know who is either failing to pass on the message or failing to do what was being instructed, and are they going to lose their job?” she asked.

These journalists make a convincing case that the ministry Bloomfield heads up hasn’t always lived up to expectations.

Why then have their calls for accountability provoked such a furious response?

It's not like there's no appetite for public figures to be held to account during the Covid-19 pandemic. Former health minister David Clark's resignation was met with widespread acceptance, or in some quarters, acclaim.

Public service leaders like Bloomfield have also been held accountable for failures recently. Stats NZ chief  Liz MacPherson stepped down over the botched 2019 census and Raveen Jaduram at Watercare has resigned amid Auckland’s water crisis.

Part of the anger over Morrah's question to Bloomfield could be the upcoming election further heightening partisanship on social media.

Journalists criticising the government’s Covid response could prompt some partisans to defend their side of the political divide.

But perhaps the main point of friction comes because several of the powerful people journalists want to hold to account have become incredibly popular.

Ashley Bloomfield is on tea towels. An effigy of him as a saint has been put up in a Wellington shop window. One Morrinsville woman got a giant tattoo of him on her calf muscle.

Morrah says he gets the sense that people see his critical stories on the Ministry of Health, and Bloomfield in particular, as betraying the vaunted “team of five million”.

“Because of the infatuation that the majority of the New Zealand public has with Ashley Bloomfield - he’s a nice guy and the top dog at the health ministry in getting to elimination point -  as soon as there are questions about whether he’s responsible for massive failings, people get annoyed at that and think that I’m not being a part of the team of five million,” he says.

He won’t take people’s affection for Bloomfield into account before deciding what to publish.

“That’s not my concern. Whether people like him or hated him, it doesn’t really matter. It’s about doing our job and one of those jobs is to hold the powerful to account, and if there are failures identified then the person in charge has to take some responsibility, and in this case I would argue the failure is significant.”

That may seem harsh. Many people see Bloomfield as having done a difficult job in unprecedented circumstances. His calm, assured handling of the 1pm daily briefings during New Zealand’s path to Covid elimination has made him something akin to a national hero.

But as Morrah notes, he’s still a public servant with a salary of more than $500,000, and his successes or failures have enormous impact on millions of New Zealanders.

It’s in all our interests that Bloomfield and his ministry’s health response is as robust as possible.

If the last few months have shown anything, it’s that response can be improved by scrutiny.