Midweek Mediawatch MPs exit with swipes at the media 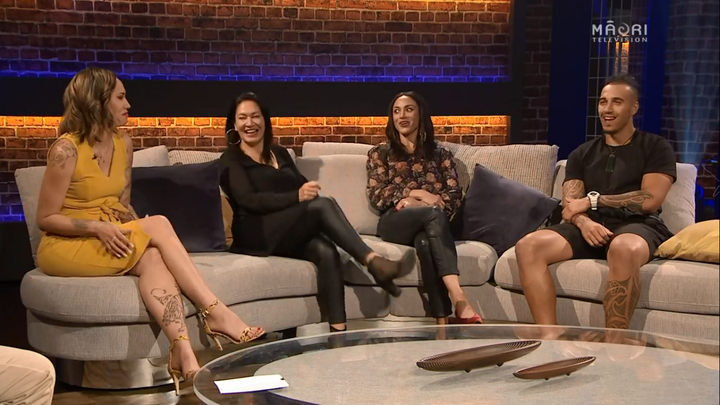 Sarah Dowie and Clare Curran exit with swipes at the media

There’s be a long line of MPs going out the door for good at this end of this term of Parliament - some not in a way they would choose.

One is Invercargill MP Sarah Dowie - whose reputation and private life became collateral damage when MP Jami-Lee Ross revealed their relationship. She made an emotional valedictory speech in the House tonight.

She criticising the media for subjecting her “to a storm of epic proportions”. :

"Compared with recent events, where media analysis lasted only a couple of news cycles the speculation and rubbish for me continued for weeks on end. The antithesis is the hypocrisy of the media calling for the ‘clean up’ of politicians,”Yes, we are representatives and should take responsibility for poor behaviour, but we are not elected as angels.”

Some of these criticisms she also made in the Sunday Star Times last weekend.

She made criticisms of the problems with ‘patriarchal’ parliamentary culture - much in the news at the moment. It will be interesting if media report that as well as her broadside at them.

Former minister of broadcasting Clare Curran beat the recent rush by announcing her decision to stand down as an MP after four terms weeks ago. Her valedictory speech on August 4 will be fascinating. 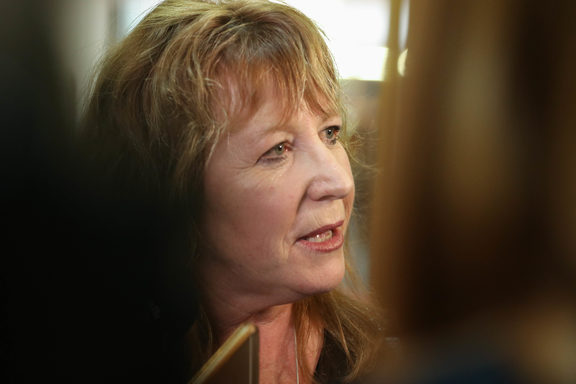 She spent years as opposition broadcasting spokesperson advocating the strengthening of public broadcasting but when Labour came to power with a comprehensive policy, the party backed away from it. She carried the can for that.

She resigned as a minister in 2018 following undeclared meetings with former RNZ news executive Carol Hirschfeld and another with tech entrepreneur Derek Handley who wanted the then-vacant chief technology officer role. After recent reports of political skullduggery that seems almost tame now.

And her political missteps made her a target.

Rogue MP Jami Lee Ross recently lifted the lid on how National MPs singled her out in Parliament and Clare Curran herself recently told Donna Chisholm in The Spinoff she needed 6-8 months of treatment of PTSD-style effects.

She also said her efforts to reform public broadcasting faced “hostility and disdain” from media commentators.

In an exit interview for RNZ’s The House last weekend, Claire Curran told Phil Smith we have a toxic, adversarial political system and the news media make it worse:

“ I think (it) is getting worse rather than better. I just wish there was some introspection within our media environment about its own role and what it contributes or detracts from in terms of political discourse. It’s like a taboo subject, and it is not to be spoken about and when it is spoken about there are consequences and I certainly feel that I’ve been subject to some of those consequences,” she said.

It echoes the treatment meted out to Marian Hobbs - labelled "BooBoo, the fifth Tellytubby" by opposition in the early 2000s - in Massey University media academic Susan Fountine's 2002 study of Women in Politics: 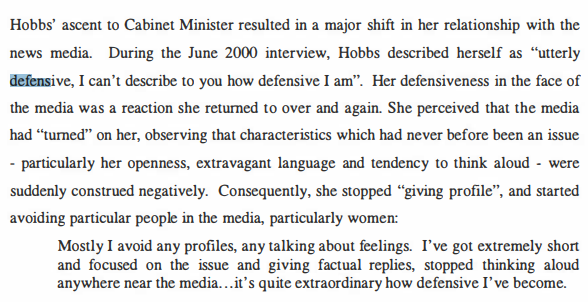 It reminds me of a speech Tony Blair gave to reporters in the UK when he was on the way out in 2007.

“The relationship between politics, public life and the media is changing as a result of the changing context of communication in which we all operate; no-one is at fault - this change is a fact; but it is my view that the effect of this change is seriously adverse to the way public life is conducted; and that we need, at the least, a proper and considered debate about how we manage the future.”

It gave some people pause for thought at the time, but it would help to have some examples of the sort of media conduct they are talking about.

Let's see what she says on August 4.

John Lewis “last of the Lions” and ally of journalists 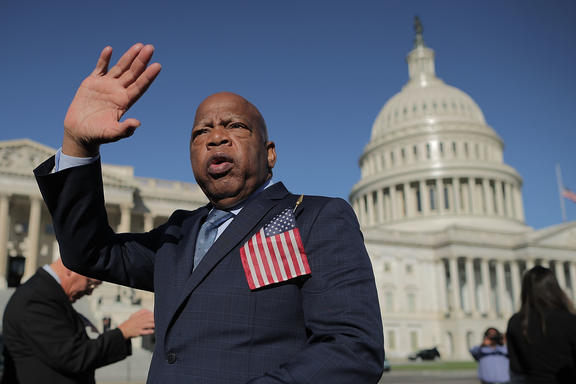 Longtime Georgia congressman John Lewis, who died recently of pancreatic cancer at the age of 80, has been remembered by the media this week.

He was a US civil rights campaigner and many of the obits mentioned he spoke at the 1963 March on Washington, where King delivered his "I have a dream" speech and he was badly beaten by an Alabama state trooper in the Bloody Sunday March 1965, part of the Selma to Montgomery marches.

He was also a big supporter of the US media.

"It was very dangerous to be a reporter. If you had a pencil and a pad and if you had cameras, they would take the cameras and smash the cameras. And I saw reporters and photographers left lying in the street bleeding. And then they turned on us," he recalled in 2016 in a speech at the Pulitzer Prize ceremony.

"If it hadn't been for the media, for brave, courageous journalists, the civil rights movement would have been like a bird without wings," Lewis said."Now more than ever before we need the press to be a headlight and not a taillight," he said in 2016 at an event marking 100 years of Pulitzer Prizes.

he told reporters his aunt lived in a shotgun house in rural Alabama, "where you can bounce a basketball through the front door and it goes straight out the back door."

He was in this house one Saturday afternoon with a group of his brothers and sisters and a few of his first cousins when a storm hit.

He stepped away from the podium, raising his voice, speaking directly to the journalists in the audience.

"We were little children walking with the wind, but we never ever left the house.

"I say to you as journalists, the wind may blow, the thunder may roll and the lightning may flash and shake ... the house, but you must stay with the house.

"Tell the truth. Report the truth. Disturb the order of things. Find a way to get in the way and make a little noise with your pens, your pencils and with your cameras."

A chat show with a difference

New Zealand TV doesn't have a great record with chat shows in recent years - possibly because they’re a simple idea but it’s harder than it looks to make a good one.

Anika Moa has hosted a couple which the critics have liked - All Talk on Maori TV and Anika Moa Unleashed for TVNZ - but you have to go back a long time for the last one that had a run in prime time on TV.

Wikipedia says: “They brought former rugby league player and boxer Anthony Mundine over from Australia for the show and on one memorable occasion teamed up the founder of the D.Vice sex toy shop with poet Sam Hunt.” (Sounds memorable - but I don't remember it).

The show’s most most famous interview was an unintentionally memorable one with tech entrepreneur Annette Presley which went viral, even back in 2006. . . .

Back in 2005 The Tem Show - with Temuera Morrison - didn’t take off either, even though he invited Rena Owen on the show and cooked her some eggs.

Way back in 1987 there was the underwhelmingly-titled It’s Only Wednesday hosted by Neil Roberts, which NZ on Screen describes as “a short-lived TVNZ chat show in the late 80s . . . featuring swing band Wentworth-Brewster & Co.”

So I didn't have high hopes when Maori TV kicked off a new chat show on Tuesday nights earlier this month: Terei Tonight, hosted by Pio Terei.

The hype claimed it would be a local equivalent of Graham Norton - but In the promos, Pio promised ‘edu-tainment’ and discussion of big issues.

“There are a lot of things I want to talk about and demystify if I can. I’m not a journalist. I’m just somebody who’s passionate about people and about this whenua, and if anybody can get it right – culturally and economically – New Zealand is the place,” Pio told TV guide:

That made it sound like it could be a bad current affairs / chat hybrid, but it works.

Pio anchors the show but shares the spotlight with a new talent: Nicola 'Nix' Adams' - who sprang to fame on Facebook with an amazing backstory.

According to an unflinching Nine to Noon interview, "she lost a child and turned to drugs in Australia and ended up in jail. When she got out, she made a Facebook video as a way to reconnect with her family and real life.

So far as I can see there’s hasn;t been a single review of the Terei Tonight in the media anyway so . . .

The comedy skits are a bit hit and miss, and the guest singer spots won't be to everyone’s taste - but the studio audience engages (a contrast to other short-lived TV chats shows we mentioned earlier) and they way they weave social issues into the chat is fascinating - and Nix Adams is something completely different on TV. 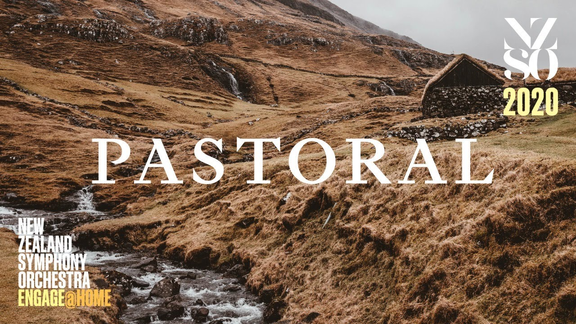 It's not unknown for 'agricultural language" in the media or in ads to prompt complaints from outraged members of the public. And RNZ this year angered rival/fellow media companies with ads whose words targeted them.

But one person was recently so angered by an agricultural image in an RNZ promo from the NZSO that they complained to the advertising watchdog:

The advertisement for the New Zealand Symphony Orchestra published in the Dominion Post newspaper has a backdrop image of high-country land and the heading “Pastoral.” The advertisement contains concert details and ticket information.

Find out why here (PDF)