Where has all the clickbait gone?

Under new ownership, Stuff has stopped farming its stuff out on Facebook and it's hiring several senior journalists. Another part of the mission to win the trust and respect of readers is a rejigged website free of tabloid-style stuff that used to clog up the homepage. Mediawatch asks editor Mark Stevens where has all the clickbait gone - and why? 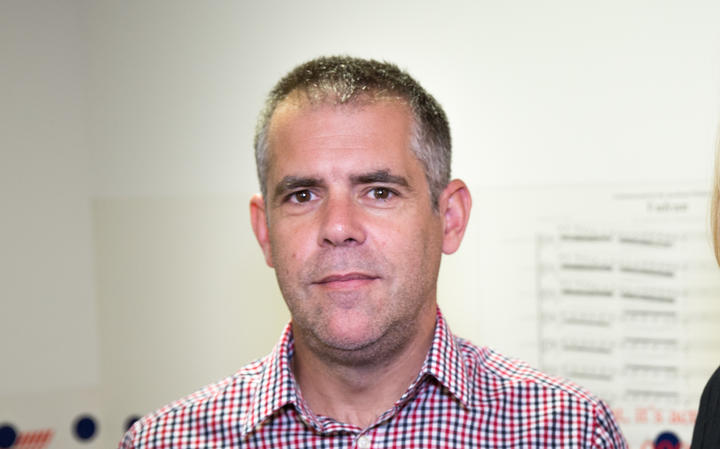 This week was another big one for the nation’s biggest news publisher Stuff, embarking on a new era under the ownership of chief executive Sinead Boucher who bought the company for a dollar from its Australian owners in May.

On Monday, The Spinoff revealed Stuff had decided to “pause its presence” on Facebook because of the malign impact it’s having on public life and the news industry.

Chief editor Patrick Crewdson said Stuff wanted to build "an environment of trust" so readers of its journalism could have confidence in what they were reading. 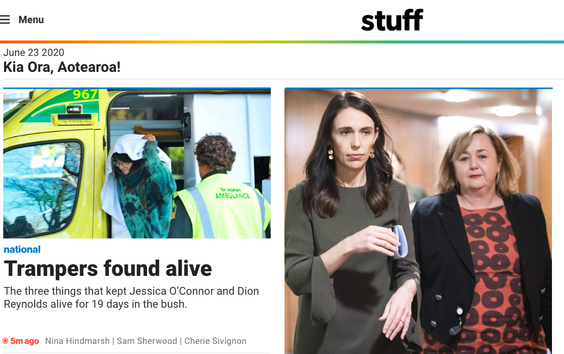 Stuff's new website - now largely free of the clickbait-syle stuff that once clogged it up. Photo: supplied/

To mark 20 years since the company’s last onshore owners launched the Stuff website, Stuff recently published a series of retro-styled articles looking back at its two decades of online work and the changing nature of digital news.

And to ring the changes for its third decade, Stuff also launched a new version of the site with new sections, and new layout and the cheery message 'Kia ora Aotearoa' at the top.

Apart from being tidier and easier on the eye, you'll struggle to find stories you could class as 'clickbait'. Some of its own journalists jokingly made the point on social media.

For years Stuff and its main rival for eyeballs nzherald.co.nz were castigated by critics for publishing too much stuff that wasn't very newsworthy, but had headlines and titillating topics designed to get you to click.

Dominion Post editor Tim Pankhurst rounded on such critics in a speech to journalism teachers in 2008.

"Of course Paris Hilton is a pantyless airhead but if she gets sentenced to 40 days in jail that's news in my book. And, according to Google’s 2007 survey of New Zealand users, it was Paris Hilton that drew more search engine traffic than anyone else," he said.

"If you want to be worthy and dull, then you will go out of business and how will that serve the greater good of journalism?" he asked. 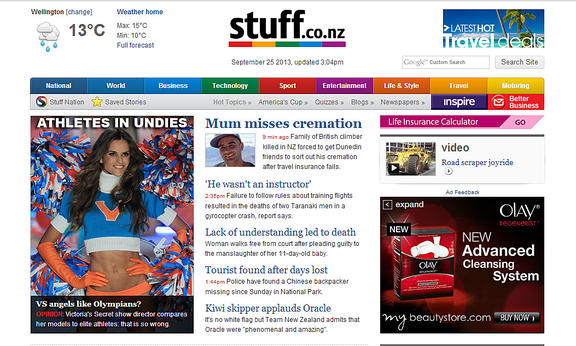 A stuff homepage screenshot from 2013 pointing readers towards an item about Victoria's Secret models. Photo: screenshot

He was echoed by the site's editor Mark Stevens that same year after an article headlined Who has Hollywood's best breasts? (+pics) appeared on Stuff homepage in the  'Editor's picks' list.

"Do you agree with these results? Post your comments below," the article concluded.

He told Mediawatch’s Jeremy Rose back in 2008 he didn’t have a problem with “giving the readers what they want” and published his own defence of the place for "populism."

“Let’s face it  - it was a great opportunity because anything would’ve been an improvement. That site was about 10 years old. If you were kind I think you’d say the website was tired. If you were less kind you'd say it was a bit of an embarrassment in design terms," he said.

Has Stuff under new management decided to dump the clickbait?

“Stuff being a destination for clickbait was always more of a perception that a reality," he told Mediawatch.

“We did have a breadth of content and we still do. But our focus is on unique trustworthy independent credible journalism. I still think we are a site for all New Zealanders," he said.

"Of course we still have entertainment news but what I think we’ve consciously and very deliberately done is focus more in the last couple of years on building a newsroom of great writers and journalists and they are focusing on unique trustworthy content. We will continue down that path” he said.

Another reason for dumping the clickbait approach is that maximising traffic and page impressions has turned out not be as lucrative as online publishers once hoped.

“The economics for it is certainly a factor but carving out the space that we are in New Zealand for the kind of journalism we are doing must put us in a better more sustainable position,“ said Mark Stevens.

“We're a commercial business and attracting an audience is obviously something we need to continue to do. But these days we are far more sophisticated and the way we use those (online analytics) tools," he said.

"We are more interested in how and where audience is coming from, how long they spend on the site and on what kinds of stories. This is part of trust becoming a key metric for us over the size of the number of clicks  - and that has translated into what you are now seeing at our new site," he said.