Several bitter media feuds have played out in New Zealand recently. Most of the battles have been fought in public, with comprehensive reporting on developments from the combatants. 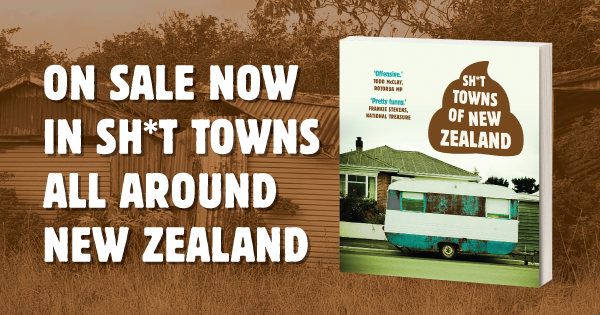 RNZ annoyed most commercial media companies in the country in March, with an ad campaign announcing “you don’t have to pay for premium content”, which newsrooms denounced as a publicly funded attack on their efforts to create a sustainable business model.

All the while, another media dispute has been bubbling in the background, unnoticed but increasingly tense: the popular Facebook page Shit Towns of New Zealand is at odds with the radio station The Rock over its segment ‘Poo Towns’. 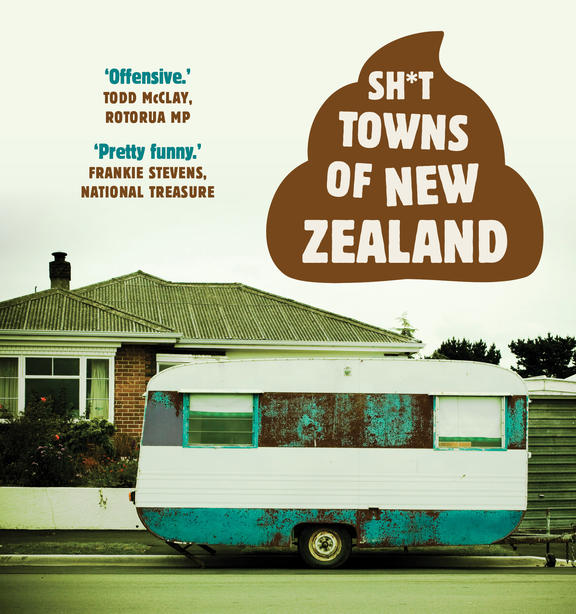 Since being founded in 2017, ‘Shit Towns’ has become a profitable brand. It has amassed 150,000 followers, and a further 200,000 for its offshoot page ‘Shit Towns of Australia’. Its makers have leveraged that popularity into three best-selling books.

The Rock’s segment started after the Facebook page first received media coverage, and was initially called ‘Shit Towns of New Zealand’ as well.

Shit Towns of New Zealand's co-founder, who goes by the pseudonym Geoff Rissole, said 'Poo Towns' was an attempt to profit off his idea.

“I just think it’s not on,” he said. “They’ve obviously cottoned on to our concept and some of the humour that we have and they’re just trying to pick up on our audience, and we really don’t have any desire to be associated with The Rock”

On the face of it, Rissole has a case: the names ‘Shit Towns of New Zealand’ and ‘Poo Towns of NZ’ are similar.

But when he contacted legal counsel for MediaWorks, which owns The Rock, it defended the segment.

“Mediaworks is satisfied that there is no meaningful prospect of confusion between Shit Towns of New Zealand published on Facebook or in book form and the Poo Towns audio segments produced by and closely associated with The Rock. MediaWorks does not intend to take any further action,” the response read.

The argument from MediaWorks' counsel centred on the fact that the content on ‘Poo Towns’ content is distinct from that produced by its near-namesake on Facebook.

While the Facebook page produces satirical reviews of New Zealand destinations from Auckland to Cromwell, which residents often find deeply insulting, 'Poo Towns' is centred around a weekly song.

Each song's lyrics are composed of lines suggested by Rock listeners, which are then sung by a station producer. One of the verses from the Poo Towns song about Temuka reads: 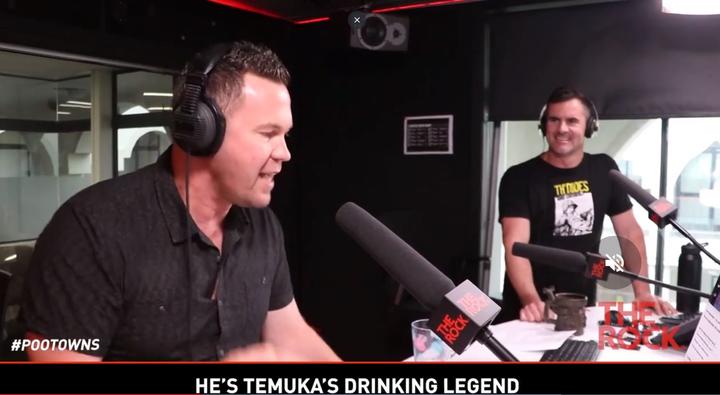 A Poo Towns of NZ segment on Temuka being performed live. Photo: The Rock

Even though he acknowledges that content is different from what's hosted on his page, Rissole doesn’t accept The Rock’s claim that the products are easily distinguishable.

“The fact that we routinely get messages every week from people who think that we’re responsible for those songs would lead me to believe that they’re wrong. The names are too similar,” he says.

After being contacted by Mediawatch, MediaWorks released a further statement saying it believes Poo Towns can coexist with the Shit Towns of New Zealand Facebook page and books.

“While we both find humour in aspects of small-town New Zealand, they are executed in completely different ways with Poo Towns based on suggestions from The Rock's listeners, recorded in The Rock's studio by The Rock's talent, and heavily feature The Rock's branding,” the statement says.

However, the company was taking one further step to make the difference between the two products clear.

“To further eliminate any possible confusion, The Rock has already taken the step to change the name of its segment and no longer uses the words ‘of NZ’.”

Rissole says the name change to ‘Poo Towns’ is an “improvement”. “It’s an acceptable outcome... [but] I'd prefer if they changed the name completely," he says.

He didn’t have any immediate plans to take further action.