A long-awaited and overdue official report on the future of Māori media has raised fears among journalists a ‘one-stop-shop’ for Māori news may reduce the range of reporting in order to save money. But the idea is not new, says Mediawatch - and neither is the concern about it.

It is the latest step in a process that began back in October 2018 when the government instructed Te Puni Kōkiri  to review publicly-funded Māori broadcasting.

Back then the minister - Nanaia Mahuta - said the aim was to make them “future proofed and fit for purpose in the digital age,” employing the standard future-focused phrases for rejigging the media these days.

The day before the report came out the minister told Radio Waatea it will “rub some in  the sector up the wrong way.”

It had already done that even before it came out.

In mid May, Hineani Melbourne - the chair of the Māori screen workers guild Ngā Aho Whakaari - told Radio Waatea a discussion document from Te Puni Kōkiri  “was a recipe for mediocrity” after two years of development.

"They make policies that usually don't work and that's what I'm looking at on the paper. It's saying we are going to have a national radio station. Hello! It's never worked for us before,' she said.

"How about talking to us first about what changes are needed to make the best product possible, not for it to be the most manageable from Wellington," she said.

But there should have been plenty of consultation over the past two years. 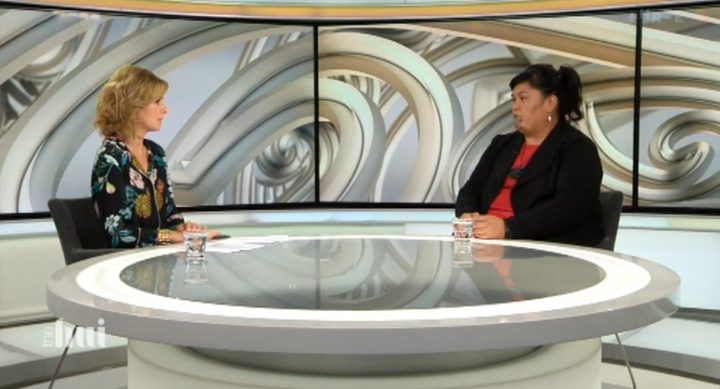 The first report - outlining the current state of Māori media was given to the minister in March 2019 and made public in May 2019.

It concluded Māori media content was produced with lower budgets than comparable programming on other New Zealand media. It also identified “numerous siloed media outlets  .. each doing their own thing for its own small audience share” while money invested was “not being maximised.”

At that point a five-person panel was appointed to provide options for the future. Those were supposed to be made public by March this year - but only emerged this week.

“We need to find ways to actively share and reuse content,” the new report says and “walls need to come down”.

It suggests a Centre for Media Excellence to develop staff and appointing joint members to boards of the Māori Television Service and Te Mangai Paho. It recommends a national radio station broadcasting in te reo and making taxpayer-funded content to be freely available to Māori media.

But more controversially, it also says the number of Māori news services funded by Te Mangai Paho is "not sustainable" and suggests “a single Māori News service be located within the Māori Television Service” 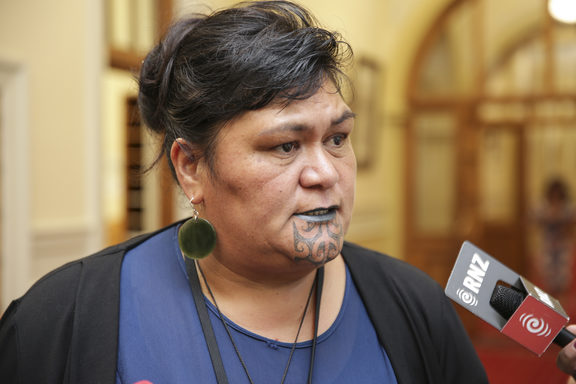 Iwi media organisations could be funded to contribute to this as regional news bureaux with “the Māori  media ecosystem” having access to all of the content, the report says.

After the govt spend 10s of millions of dollars bailing out the mainstream media and @grantrobertson1 talking about the importance of the plurality of voice @NanaiaMahuta’s Māori media sector review proposes rationalising the Māori news down to just one service. How is that fair? pic.twitter.com/6EzflSe35M

The Hui host Mihingarangi Forbes wondered where that left her show - as well as long-running news bulletin Te Karere and weekly show Marae,both of which aired by TVNZ but produced independently.

But a ‘one-stop-shop’ for Māori  broadcast news is not a new idea.

Te Mangai Paho’s chief executive Larry Parr floated it even before the announcement of the Māori Media sector shift review in 2018 .

Opponents of the idea had an ally in government at Nanaia Mahuta's side: Associate Māori  Development Minister Willie Jackson.

Back then the former boss at Radio Waatea and former the chair of Te Whakaruruhau said TMP and its boss needed to be "reined in."

"I'm disappointed with all this talk about rationalising the news. I'm on record as a chair of Te Whakaruruhau as saying Pākehā have got all the news bulletins and Māori  have to rationalise. I stand by that," he said.

"We have to watch what they are doing, Te Māngai Paho. Larry has to understand there is a history to respect and people to respect, and it can't just be the world according to him," Mr Jackson said  at the time.

He could be having some award conversations with his colleagues about that in the days ahead.

Public engagement on the Sector Shift Review options kicks off next week with a series of hui and the deadline for public submissions is 26 June.

The current plan is for options to be considered by Cabinet in July with development of business cases and detailed planning complete by March 2021.

Just like the government public broadcasting restructuring plan it seems nothing will happen quickly, even though the government claims reform is important and the need for change is urgent.