Reporters cop it in the land of the free-for-all

Journalists covering the US protests have been targeted by militarised police officers and actual military police - and in some places, the protesters too. Many blame Trump’s ‘enemy of the people’ rhetoric for the hostility, but are there other factors at play? 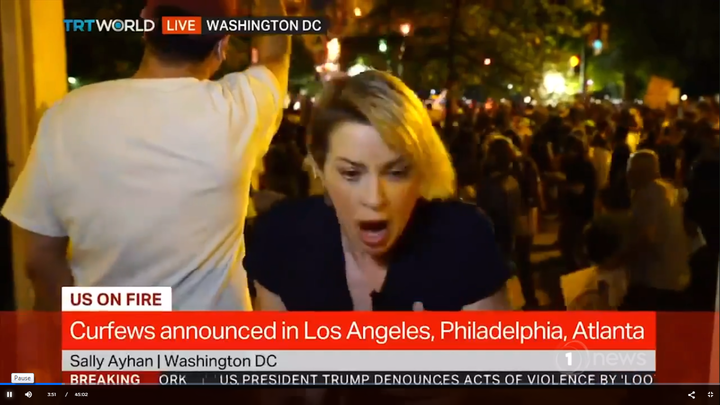 In several US cities this week, journalists were targeted by police and faced arrest, detention, and violence, including being maced and shot by rubber bullets.

In Minneapolis, freelance journalist Linda Tirado was struck in the left eye by a rubber bullet fired by police, and said later she had permanently lost sight in that eye.

Last weekend, CNN's Omar Jimenez and his crew were taken into police custody during a live broadcast even though he was obeying instructions from police and there could be no question they were media staff just doing their jobs.

In Atlanta, the headquarters of CNN  - one of Trump’s top media targets - was attacked last weekend by several dozen people. Someone in the crowd lobbed a flash grenade into the building's lobby as police stood guard there.

Quite a turnaround for the network that made its name with live broadcasts of chaos in Baghdad in 1991 to be beaming similar scenes from its own front door to the world in 2020.

But in a startling run-down of attacks on the media, online US-based outlet Vox also points out this is nothing new in the US when racial protest hits the streets.

Journalists were targeted by police in the Ferguson, Missouri protests in 2015 in “a pattern of violence and arrests continued into this weekend’s protests,” it said.

Vox argues the pattern goes all the way back to the civil rights era of the 1960s.

“If you had a pencil and a pad and if you had cameras, they would take the cameras and smash the cameras. And I saw reporters and photographers left lying in the street bleeding. And then they turned on us.”

This past week, foreign reporters have got the same treatment from the US police. What people are seeing around the world must also be damaging the US abroad and its dwindling reserves of soft power and goodwill.

There have been no New Zealand correspondents on the scene so far, but on TVNZ 1 News last Sunday viewers saw Sally Ayhan from Turkish broadcaster TRT World hit with rubber bullets.

Stefan Simons, a reporter from Germany's international broadcaster Deutsche Welle, was also shot with projectiles by police in Minneapolis while preparing to go live on air. He was wearing a vest emblazoned "PRESS" and was also threatened with arrest.

Australians saw Channel 7 camera operator Tim Myers, who has covered war zones around the world and reporter Amelia Brace punched and hit with a riot shield outside the White House during a live report.

Australian PM Scott Morrison  - who has had an antagonistic relationship with local media at home - friend to the media so far - has asked Australian Embassy in Washington to register the government’s concern. International press freedom groups have joined US ones in condemnation.

The International Federation of Journalists accused US authorities of “crude censorship and a use of excessive force in an attempt to stop journalists scrutinising police responses to the protest movement.”

“From the President to the law enforcement authorities it is time to stop the deliberate targeting of journalists. Whipping up hatred of the media has consequences and we are now witnessing the outcome – journalists shot, permanently disabled, forced to flee, being arrested and beaten. Those who target and attack journalists must be held to account”.

"Authorities in cities across the US need to instruct police not to target journalists and ensure they can report safely on the protests without fear of injury or retaliation," said a statement from the Committee to Protect Journalists.

This did actually happen in Florida’s Miami Dade County.

It included media in its list of curfew exemptions in its emergency order and publicised it on social media in advance.

When a local TV company's social media reporter - Joel Franco - was arrested doing his job and detained, he was released after a few hours and the state’s attorney put out a statement acknowledging reporters' First Amendment  rights and dismissing the charge against him.

UPDATE: My charge is being dismissed. Thank you. pic.twitter.com/LcgyDzZO9d

Not surprisingly, his detention was turned into a story for local viewers by his colleagues - and news media have been effective in surfacing instances of mistreatment of the media when they occur for those following events on social media.

But given the scale and intensity of the demonstrations, wasn't it inevitable reporters in the thick of it would be caught up in violence along with demonstrators? 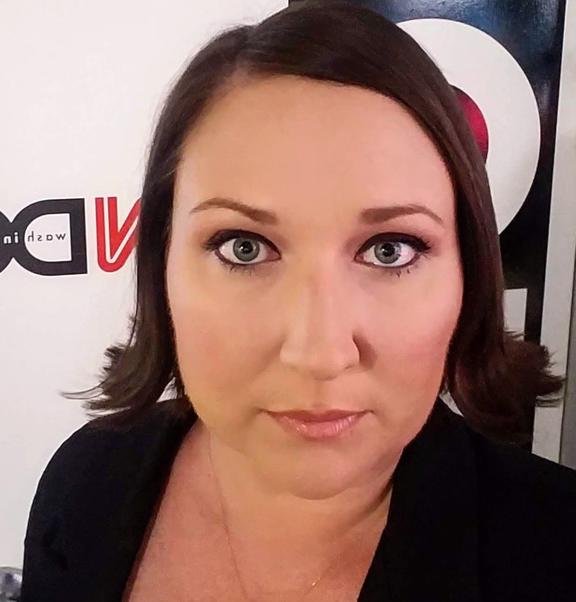 "These protests are on a massive scale which we haven’t seen since the civil rights era but the targeting of journalists authorities is unprecedented," said Dr Courney Radsch, advocacy director for the Washington-based Committee to Protect Journalists (CPJ).

"We know the protests are dangerous and challenging for journalists. They can also get targeted by protesters who want to control the narrative," she told Mediawatch.

"But what is unique about this is the number of cases of journalists targeted by law enforcement even after clearly identifying themselves as journalists but it not seem to make a difference. That is unprecedented."

The US Press Freedom Tracker recorded that 192 journalists have been assaulted in the US during the unrest  - and 160 assaults were attributed to police.

“I think we’ve seen enough examples on live television not to mention the numerous social media recordings of police arresting journalists even when it’s clear they're journalists.

“It is just shocking to see military tanks coming down my street helicopters overhead circling and to watch my social media feeds filled with colleagues and unknown journalists talking about what they been facing," she told Mediawatch.

"It reminds me of what I saw in Egypt and as a journalist in the Middle East. During the Arab Spring we saw police in Egypt using animals to run over protesters and we’ve seen similar things here. The fact we have troops out in the streets with no insignia and no name we don’t even know who they’re accountable to is really frightening,“ she said.

“I can’t believe we are having to do the same type of advocacy and use the same kind of terminology we use to protect journalists working in some of the most repressive environments around the world."

Does she think it’ll make a difference that the likes of the Australian prime minister and Germany's foreign minister have complained?

“We don’t know. Yet it’s important that other countries write to the President as they have for journalists in the likes of Egypt or in the crackdown on journalists in Turkey.

"What is shocking is that this has to happen in the United States,” Dr Radsch said.

“A lot of this is happening outside of Washington DC so we need to see leadership from local police chiefs and governors too. We need them to launch investigations to find out why the attacks occurred and then to hold those who were responsible accountable."