No relief for under-pressure commercial media in Budget

Spending on broadcasting and public media has been boosted by $25m over four years in Budget 2020, but there was nothing in it to ease the plight of commercial news media companies. 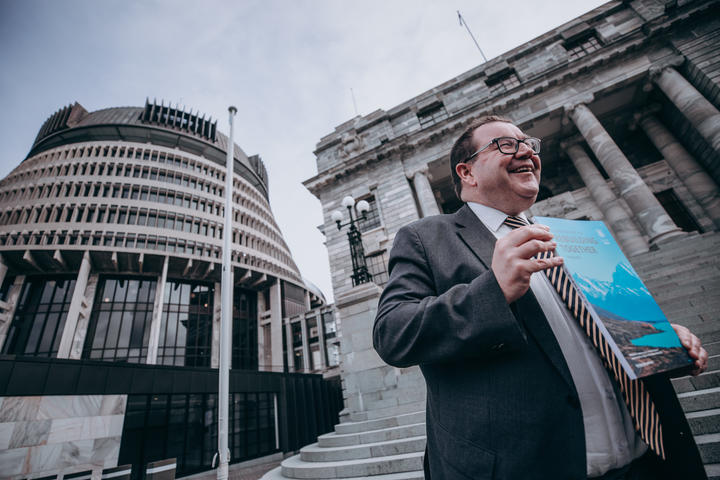 Struggling news media companies had only these words of comfort from the finance minster's Budget speech.

"Further sector packages, including for the media sector, are being developed over the coming months."

With $20 billion still to be allocated, they will be hoping it is substantial - and sooner rather than later. Some of their employees fear they won't be in business months from now.

The only new spending announced today was on public broadcasting services which will rise from $148m to $153.3m next year.

An additional $6.25m a year for four years has been devoted to "a new policy initiative to alleviate financial pressures on crucial public media platforms," according to the 'the Vote Arts,Culture and Heritage 'details of appropriations' document.

"This initiative provides funding to support the work of public media platforms that deliver content to under-served audiences," the Wellbeing Budget 2020 document says.

"This funding will support the sustainability of the Pacific Media Network (PMN), disability media (captioning and audio descriptions) and community access radio stations, helping ensure that all New Zealanders have access to vital media content," it says.

A spokesperson for the minister of broadcasting said the new funding in the Budget would go to the government's broadcasting funding agency NZ On Air.

"These platforms provide vital services but face heightened challenges in this current environment. NZ On Air will allocate the funds accordingly to address the most pressing needs," said the spokesperson.

$26.6m in the same period has been devoted to "Saving the Crown’s Audio-visual Collections" and there's $146m for a new Archives New Zealand facility "to ensure the appropriate management of our physical documentary heritage and taonga."

The Budget 2020 broadcasting boost is separate from the $50m media support package rolled out last month to help alleviate cost pressures faced by commercial media companies, which was weighted in favour of broadcasters.

"A second package of support is being developed and will be submitted for the Budget discussions in May,” Broadcasting Minister Kris Faafoi said at the time.

The most pressing concern for commercial media companies is survival, however.

About 450 jobs have been cut already during the Covid-19 crisis with pay cuts for remaining staff and cuts to production. New Zealand's major magazine publisher has already shut up shop.

Unveiling the $50m "adrenaline shot" of support last month, Faafoi signalled "beefing up" the Local Democracy Reporting Service - a joint project set up last year and administered by RNZ which employs eight reporters at local papers to report on councils in regions where full-time journalists are thin on the ground.

That is not included in Budget 2020 spending.

"The commercial firms should not hold their breath for more help," said Stuff's political editor Luke Malpass in a strongly-worded article today before the Budget was unveiled.

"A large scale closure of regional papers would put the government under immediate pressure to try to rescue local mastheads ... but it is still totally unclear what a rescue package could like," he wrote.

The Australian government announced a coronavirus relief package in April including $A50m for the Public Interest News Gathering Program - known as PING - to support regional journalism after a wave of local radio and newspaper closures.

"The challenge for Stuff, NZME, MediaWorks and every other commercial media operator in New Zealand is not that they cannot create sustainable business models of at-scale journalism, but how and if they can weather the next six months to two years as we come out of Covid," Luke Malpass added.