One of the most telling bits of information from the day the Epidemic Response Committee turned its focus to the media was the invite list. The committee led by opposition leader Simon Bridges initially asked representatives from print media, radio, TV, and online news to appear.

After protests, time slots were added for representatives from Māori media and community newspapers. Still one media sector was left out. No representative for magazines appeared.

“We were not invited to the party,” says New Zealand Geographic editor Rebekah White. “We didn’t actually find out the party was happening until the night before, at which point we were told there was no time.”

The lack of political attention on saving magazines is baffling for White and her peers, especially given it's probably the media sector that’s fared worst during the Covid-19 pandemic.

Bauer, which owns nearly all the country’s major magazine titles, shut down soon after alert level four was announced. Its decision was likely accelerated by the government’s decision to ban magazines from publishing and delivering during lockdown.

“This is what happens when a publisher of any sort cannot get their product to market,” James Frankham, Magazine Publishers Association board member and Kowhai Media owner, said at the time. “It’s no surprise really that Bauer realised they were in an untenable position.” 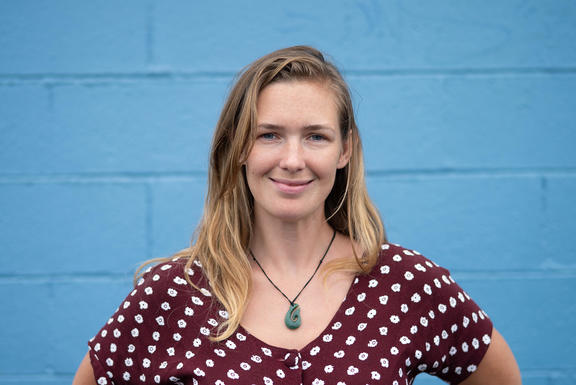 White sees the Epidemic Response Committee’s snub as part of a pattern of political neglect. She points to the recently-announced $50 million media bailout package, which cut $20 million in transmission fees and $16.5 million in the NZ On Air contributions paid by broadcasters, while delivering little to print news providers.

The government seems to be treating long-form print media as non-viable, White says.

“[That] doesn’t make sense because magazines such as New Zealand Geographic are a perfectly viable business. We’re having a pretty difficult time at the moment because there’s a global pandemic happening but we were viable beforehand and we’ll be viable after.”

But print remains a big part of its revenue. White would like to see the cuts to government transmission fees for broadcasters matched by cuts to postage costs for publications like NZ Geographic, which have gone up year-on-year.

“It’s strange to me the government is price gouging in terms of [NZ Post] and then decreasing costs through another entity. I’m not entirely clear why those costs are being treated differently and why you wouldn’t subsidise those costs across the board, considering they are both state-owned enterprises.” 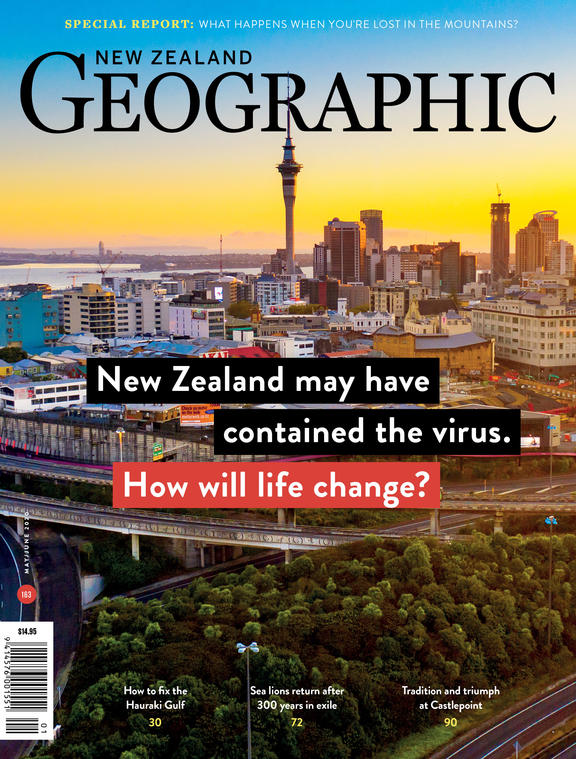 The May, 2020 issue of New Zealand Geographic Photo: Supplied

There’s also a public good argument for delivering assistance to the magazine sector.

The most recent issue of New Zealand Geographic includes a feature from White plotting the possible paths the country could follow as it emerges from the Covid-19 pandemic.

It’s told in narrative form, with sparing use of direct quotes, but it’s informed by a wide range of interviews and news stories.

That type of long-form synthesising of information occupies a vital part of the media ecosystem distinct from news journalism, White says.

“You need the type of daily news puzzle pieces – and every day we’re getting more pieces to the puzzle – but it’s the long-form journalists who can come and assemble all those things and add a bunch of pieces of their own and suddenly you have a picture that you didn’t see before,” she says.

“I think that slower journalism isn’t a worse form of journalism. It’s just a different form. Both are incredibly important.”

It’s possible publishers might be able to secure support for slow reporting.

They’re pushing for NZ On Air to be given extra funding to support print journalism, and the government has committed to a second media bailout package in the near future.

But it isn’t certain that many of New Zealand’s magazines will be around to be rescued.

An industry source says liquidator EY has extended the bidding process for Bauer’s titles until the end of May. That might put off some potential buyers who are already nervous about the lack of government support being announced for the magazine sector, the source says.

“From the numbers it looks like some of the Bauer magazines would be profitable and viable in a post-Covid world, but not if no one can buy them quickly.”

If no buyer could be found, NZ Geographic could remain the country’s only magazine hosting long-form current affairs journalism for the foreseeable future. In some ways, White stands to gain from that situation. But the thought of it makes her miserable.

“That’s horrible for a country like New Zealand. We deserve more outlets than simply us,” she says. “I’m worried about this type of journalism. People aren’t going to be able to make a living from it if New Zealand Geographic is the only magazine that’s able to hire them. I’m worried that we’ll lose that capacity from New Zealand for being able to produce this type of work.”