'Your money or your life'

The lockdown designed to save lives has also damaged livelihoods by slowing the economy to a crawl. Some pundits and politicians are now warning in the media that health can’t always be the top priority - and it could undermine the official ‘Unite to Fight Covid-19’ message. 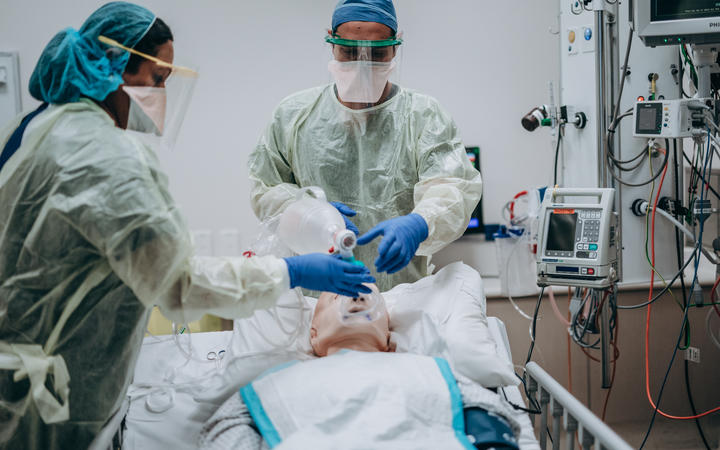 In The Queen’s big speech on Monday she said we will remember with pride the “collective effort to save the lives of (the) vulnerable.”

The news media - pretty vulnerable themselves these days - have played an important part in that by informing people at a critical time. But some in the media are now also asking if the most vulnerable really ought to be the full focus of our collective effort.

It’s happening all over the world where tough action has been taken.

“Your money or your life,” is how one UK columnist labelled commentary claiming that locking down business to save lives now was “too high a price to pay.”

On Thursday, the deputy PM, Winston Peters, told Newstalk ZB there were "huge tensions" between looking after health and saving the country's economy.

A Stuff opinion piece headlined Do the consequences of this lockdown really match the threat? was one of the first to put the cat among the pigeons here back on 31 March.

The author - Auckland University epidemiologist Simon Thornley - looked into who had died in Italy and on The Diamond Princess cruise ship. Not many deaths were entirely due to Covid-19, he concluded. Most were caused by victims’ other ailments.

“We don't want to squash a flea with a sledgehammer and bring the house down,” he said.

His conclusions were hotly disputed by other scientists - most notably the most visible expert in the media during the crisis, Dr Siouxsie Wiles. Stuff's editor-in-chief Patrick Crewdson defended the article.

Hi Paul - we don't live in a society where the Govt's actions are accepted without question. Part of the role of the media - and of academics like Simon Thornley - is to test the Govt. Thornley is entitled to raise Qs about the strategy, and you're entitled to disagree with him.

The following morning, Newstalk ZB’s Mike Hosking was convinced after a chat with Dr Thornley on his show.

"They’re old people and every single one of them had an underlying condition. Six hundred thousand people die of the flu every year but we don't close borders, we don't stop planes and we don't crash economies," Mike Hosking told his listeners later. 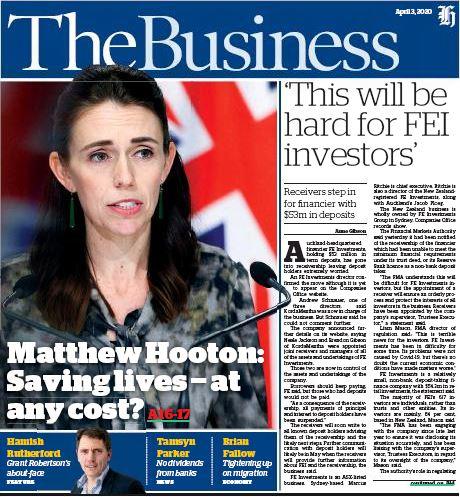 Columnist Matthew Hooton highlighted the financial and ethical conflicts behind the 'stamp it out' policy. Photo: RNZ Mediawatch

In the New Zealand Herald last week - under the heading Save lives, but at any cost? - columnist Matthew Hooton raised the issue of “intergenerational fairness.”

Hardly anyone under 60 would die if Covid-19 spread more widely here, he said, but the prosperity of younger generations was being compromised by the economic cost of fighting it.

“The usual rough and tumble of politics and media is ill-equipped to seriously consider difficult choices,” he said - though that hasn't deterred several columnists from weighing in.

On Three’s AM show last week, host Mark Richardson blithely claimed we were not far from a point where New Zealanders would tolerate the deaths of 10,000 people here if it lessened the economic damage.

"Leaders need to look out for that," he warned darkly.

Back on the case last Monday, Mike Hosking put that even more starkly on ZB.

“This country simply can't afford $3.5 billion a week bill for this,” he said.

He complained media were not reporting that people dying in Spain and Italy were old and dying anyway. He looked at the normal death rates in both countries and concluded Covid-19 so far was not especially deadly.

It is true that roughly 10 people per 1000 people die in the normal course of events in both Italy and Spain. But they don't all fall ill at the same time - as they do in a pandemic - and overwhelm critical health services.

As one doctor explained recently, a drive-through burger place can sell hundreds of burgers a day - but one person pulling up and ordering 700 burgers in one go is going to cause a problem.

Overseas, this debate has already played out in the media. Some comment has bordered on eugenic in tone - and some has been enlightening.

The Herald published one contribution in the UK on the 30th of March by an adviser to their Department of Health. Camilla Cavendish said she had been forced to ponder the choice between “throwing the whole NHS at a bunch of old people who were reaching their final years anyway - and damaging the futures of the young in the bargain."

But in the end, she said it was a moot point if the healthcare system itself would be under threat from a surge in infected people - whether they were young or old.

Mike Hosking on Monday told his listeners there were plenty of spare hospital beds here.

“How sorry will we be, as thousands face joblessness, we face debt for generations, and an economy in recession for what turned out to be, potentially, not a single death that would not have occurred anyway - and hospitalisation that barely dented the sides?” he asked.

But of all the hospital beds he claimed were lying empty, only 221 of them are ICU-capable.

“The filling up of all ICU beds at a very early stage of the epidemic curve would mean the fatality risk would probably increase,” University of Otago modelling released publicly on 31 March said. A 23 March report to the Ministry of Health predicted ICU capacity would be overwhelmed less than a month after lifting the social distancing restrictions if the lockdown and subsequent actions failed to eradicate the virus.

It used a reproduction rate of 2.5, which is what modellers have commonly used after observing a similar rate in China. Assuming a 50 percent reduction in physical contact for nine months, the modellers found more than 8500 people would die in the following three months. They estimated more than 22,000 people would need hospitalisation and 5540 would need intensive care.

Few of the pundits claiming the costs of saving lives are too great have considered what life  - and healthcare - would be like after an early end to a lockdown.

On Scoop.co.nz, Gordon Campbell pointed out it could create a two speed society.

“It would assume that making room for those freely socialising young people who suddenly require ICU care, would be at the expense of pulling the plug on older patients receiving such care, and who may have done their best to avoid infection," he said.

"Compared to that situation, the morality involved in the lockdown looks refreshingly simple: it protects the vulnerable, and it saves lives,” he wrote.

Is it a trade-off between 'your money or your life'? 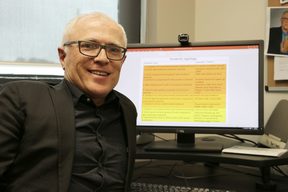 In a piece for Stuff last Monday, public health professors Michael Baker and Nick Wilson said much of the economic damage from this pandemic “is at a global scale and is completely beyond New Zealand's influence.”

“An intense national 'lock-down' is obviously harsh for the economy ... but if elimination is achieved, the country could emerge from lock-down and return to reasonable functioning much earlier than with other control strategies,” they wrote.

New research on old outbreaks in the US may back them up.

Two US Federal Reserve economists and an MIT professor found the US cities which intervened most intensely in outbreaks of disease - such as the flu pandemic of 1918 - grew faster after the pandemic was over.

Lives were saved in the short term in 1918 and livelihoods restored quicker too, they concluded in a new paper called: Pandemics Depress the Economy, Public Health Interventions Do Not

2020 and 1918 are obviously different times but similar methods were employed (or not in some cases) when pandemic struck a century ago: isolation, distancing and lockdowns of business and public institutions.

One big difference back then was the lack of mass media.

Save for newspapers, it wasn’t possible to get the same advice out widely when it really mattered - one of the reasons why individual cities’ responses were inconsistent and often ineffective.

Now we have news media that are almost ubiquitous - spreading the 'Unite to fight Covid-19' message and critical info on how to do it.

But they also extend the reach of claims that we may have to choose between our livelihoods and the lives of others.