Even before the first hints we had “turned a corner” with Covid-19, pundits were pumping up the volume on calls to loosen the lockdown and get more shops and businesses open again. But others in the media pointed out we don't know what's actually around that corner yet. 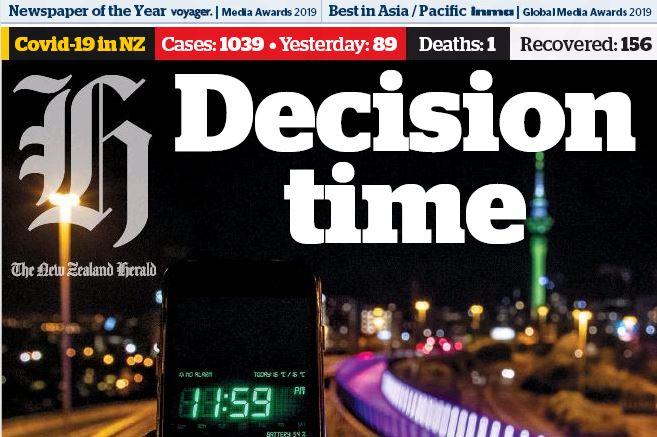 As a digital age influencer, our head of state is not exactly a prolific producer of multimedia content.

Aside from her annual Christmas message, the Queen's only done five other broadcasts in more than 65 years on the throne.

But the Crown still pulls a crowd in a crisis. 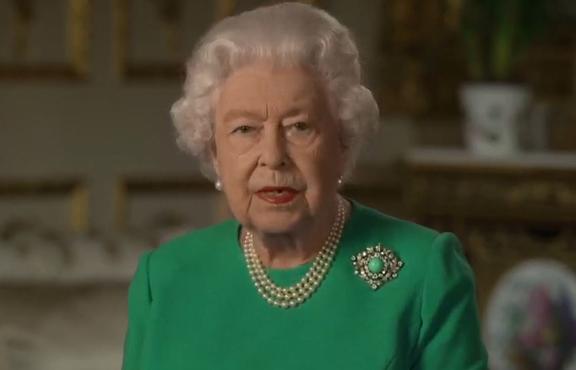 The Queen giving a special address to the UK and the Commonwealth on Covid-19. Photo: Facebook/The Royal Family

“Though self-isolating may at times be hard, many people. . . are discovering that it presents an opportunity to slow down, pause and reflect, in prayer or meditation,” said Her Majesty in the broadcast to the Commonwealth carried simultaneously by the big media outlets here last Monday.

But for broadcasters on air for hours every day - rather than once in a blue moon like the Queen -  pausing and reflecting doesn’t seem to be an option.

Later that day Cabinet was due to discuss for the first time when the lockdown might be lifted.

“Businesses are screaming for a signal we are returning to work soon,” the AM Show host Duncan Garner told viewers and listeners just half an hour before the Queen’s speech last Monday.

Co-host Mark Richardson actually talked over the start of the broadcast by the Queen with his opinions about more stores opening up.

That morning, butchers, golf courses and foundries were among industries in the news appealing for more leeway to get back to business. 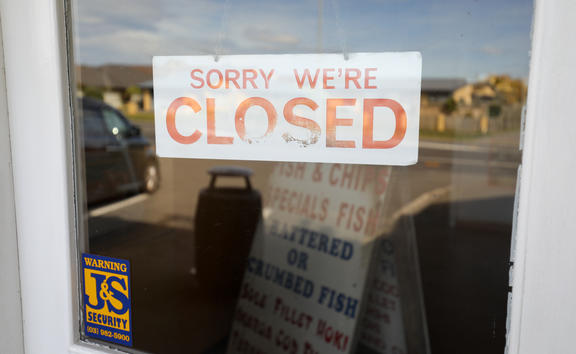 Other media pundits were amplifying these ‘screams’ even before officials gingerly spoke of “turning a corner” and the PM explicitly ruled out an early end to the lockdown.

“I’m starting to feel desperate for businesses who have been told they’re not allowed to operate during this lockdown,” said Heather du Plessis-Allan on Newstalk ZB.

As ZB hosts so often do in their daily editorials, Heather du Plessis -Allan ended on a rhetorical question:

“If we are relatively relaxed with most things, then why are we not relaxed with businesses who can do their jobs safely, and keep the economy ticking over a little bit more?” 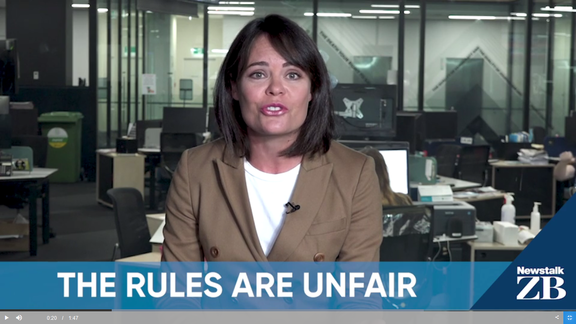 Newstalk ZB's Heather du Plessis-Allan argues the restrictions on some businesses are too harsh. Photo: screenshot

The answer is obvious: to stop people moving around more in neighbourhoods and spreading the virus - and to ensure those who aren’t already set up to package and deliver goods safely don't start up sub-optimal systems from scratch at a crucial time.

This week, the media highlighted genuine inconsistencies in food sales rules that needed to be fixed. MBIE admitted to TVNZ on Tuesday the rules weren't clear and were being tweaked.

On Monday’s AM Show, they were asking the audience: Should the Government allow stores like butchers and greengrocers to open, to take pressure off supermarkets?

The AM Show’s Duncan Garner and Mark Richardson declared this was an idea whose time had come, but they were more worried about shortening the queues at supermarkets rather than public health or the viability of businesses.

“They feel like you’re going to the Western front”, said co-host Mark Richardson, confusing Pak N Save with Passchendaele.

“You’re running the gauntlet. I did it once out of boredom and I hated it. I felt exposed to people,” he said.

AM co-host Duncan Garner went on claim Covid-19 had peaked here after a glance at a graph of the recent figures, he and his co-hosts struggled to work out the difference between the mean and the median.

“None of us passed maths,” he laughed. It might have been funny if they weren’t bantering about hundreds of New Zealanders with a potentially deadly disease.

Soon after on Magic Talk radio the same day listeners heard ACT leader David Seynour tell morning host Peter Williams the PM should end the lockdown early if public health wouldn’t be compromised: a massive ‘if’ which neither of them really addressed.

Kiwiblog published a lengthy piece - Should lockdown end early? - that said suspending businesses will cost lives and increase suicides. But it was anonymous, with no indication of the expertise of the author.

Others happy to attach their name to their reckons in the media insisted it was safe to re-open more business.

“You would, as amateurs in this whole business, be excused for thinking there seems little reason why all of a sudden now, out of nowhere, the numbers would suddenly spike,” Newstalk ZB’s Mike Hosking said on Tuesday.

The curve doesn't necessarily stay flat. In South Korea there's been an increase in new cases because the virus is still out there.

Coming out of lockdown would require “courage, guess work, luck, and potentially even a bit of magic,” Mike Hosking reckoned.

Later that day, director of health Ashley Bloomfield first spoke of “turning a corner” and the PM said the same the next day.  But knowing what’s actually around the corner is another issue.

News you can use 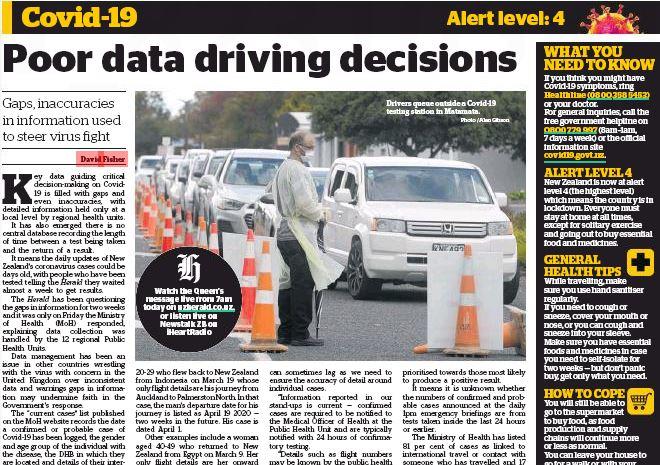 Fortunately, news-you-can-use on this is not hard to find.

In an enlightening comparison of the speed and scope of New Zealand’s response with those of other countries, Stuff correspondent Charlie Mitchell pointed out Estonia declared a state of emergency a few days ahead of New Zealand and had tested at a similar rate.

Its curve initially showed signs of flattening but has since returned to its previous rate of growth.

“Its lockdown was not quite as strict and allowed some shops to remain open. It has since expanded its restrictions,” he wrote.

Also on Stuff, leading public health experts Michael Baker and Nick Wilson explained other countries with looser suppression strategies have regretted it and had to progressively tighten up restrictions later.

The New Zealand Herald’s David Fisher lifted the lid the same day on “missing and inconsistent data” hampering good decision-making. On RNZ’s Nine to Noon economist Brad Olsen said the the probable ‘life span’ of the virus makes the Covid-19 different to every previous economic disruption.

Marc Daalder at Newsroom.co.nz has produced in-depth analysis of the options -- and also a comprehensive critique of what he called a “bad faith backlash founded on old numbers, bunk science and outright distortions" put forward by proponents of a looser lockdown.