On Monday night, Newshub’s national correspondent Patrick Gower went on The Project to issue a plea to the government. 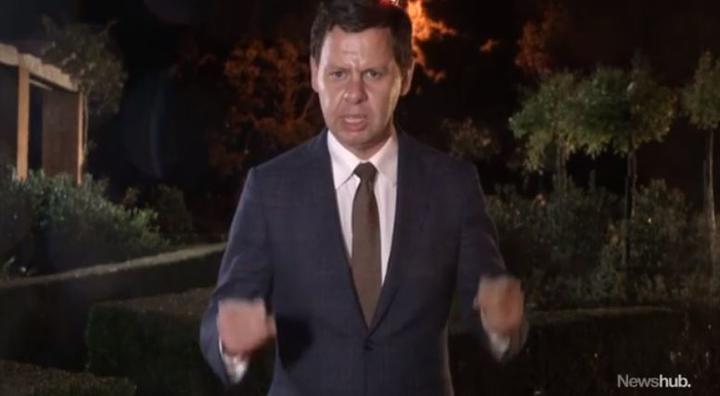 Patrick Gower pleads for a quarantine at the border on The Project Photo: Newshub

He wanted it to introduce mandatory quarantining of everyone arriving at New Zealand's border, warning that failing to enact the policy would be “wasting our sacrifice”.

“We need to fully quarantine the border. We can be the greatest country in the world if we take away the risk there,” he said.

Just hours before he made his appeal, prime minister Jacinda Ardern had signaled that the government was introducing the measure he was proposing.

On Monday morning, Ardern told media she was taking advice on how to quarantine all arrivals.

"This is an area where you'll only continue to see it ramping up," she said.

On Tuesday she reiterated that stance, adding that the move hadn’t been considered earlier because of the logistical problems with quarantining large numbers of New Zealanders returning to the country.

“On border restrictions I’ve already indicated that we will continue to ramp those up and we’ll be doing that shortly,” she said.

Several media outlets, including Newsroom, reported on the the plans to enact the quarantine, and the issues facing authorities as they look to set it up.

Despite those stories and Ardern's nationally-broadcast assurances, Gower's call has only grown louder this week.

The National Party set up a 24-hour petition calling for the quarantine on Tuesday, which was signed by tens of thousands of people. The party's leader Simon Bridges played down concerns about data harvesting following the petition, telling Stuff's Henry Cooke all the personal details gleaned from it will be deleted.

On Wednesday, political commentator Matthew Hooton said it looked like government was willing to put people out of business but not inconvenience travellers, and Gower rebroadcast his call on social media. 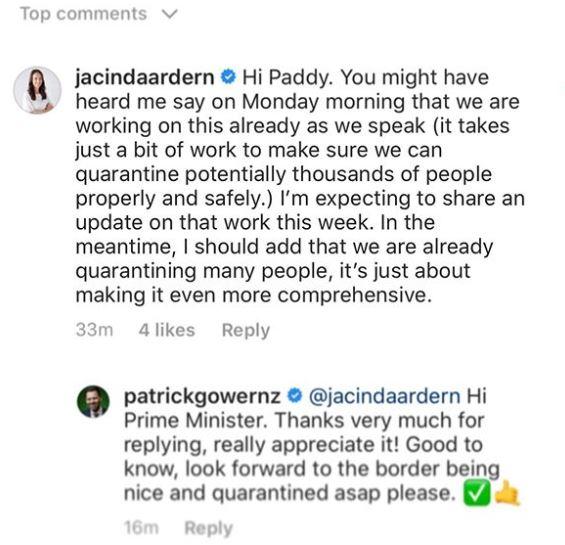 It got to the point that Ardern replied to Gower on Instagram clarifying that she was doing what he asked.

Ardern's slightly passive-aggressive reply may indicate some frustration at the calls for the government to enact a policy it has already committed to putting in place.

Those pleas may have been innocent or mischievous, but they are an interesting strategic move.

The government is now in a position where if it enacts its own plan, its political opponents, pundits and campaigning journalists can call it a victory for people power.

It gives the impression that Ardern caved under public pressure, whether she did or not.