This week the government tweaked a controversial call that meant some local newspapers couldn’t be printed during the lock-down. But some are still unable to print important local news at a time when it matters. They say it’s hurting them - and not not helping their readers either. 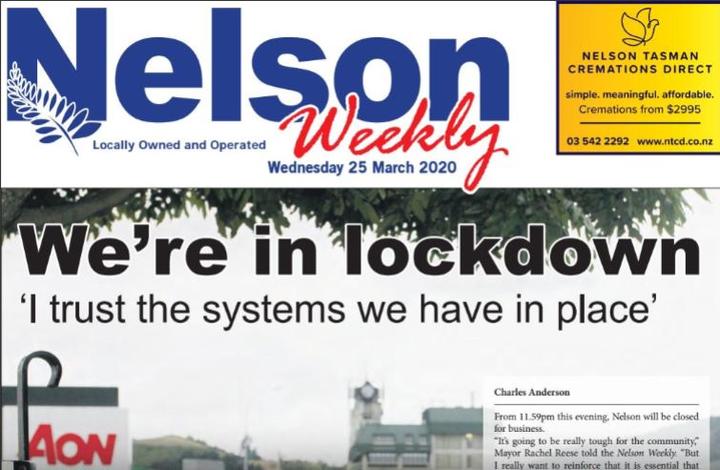 Along with magazines, local community newspapers were also deemed "non-essential" last week - effectively banned from printing and distributing for fear of spreading the virus while we’re at Level 4.

However, daily papers  - and almost daily ones published by the big publishers - were still deemed essential because they can get timely information to people locally. 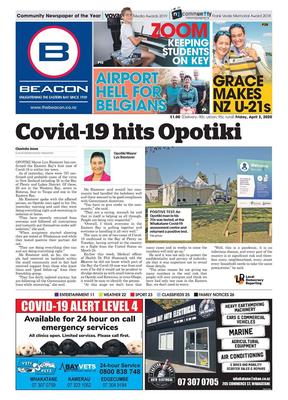 After pushback from publishers of other papers - and some politicians upset about losing a local voice in their neck of the woods - the Cabinet agreed last Monday to revise that.

Those in rural areas with little other news media, poor connection to the internet and papers serving non-English speaking readers are now deemed to essential media.

Non-daily newspapers classed 'essential' should be be distributed by post or though the dairies and supermarkets allowed to open.

But many other local papers carrying relevant local news are still in limbo - and out of pocket.

For example, the Beacon Group has reporters around the Bay of Plenty area - but its flagship paid-for paper The Beacon publishes only three days a week in Whakatane.

Wednesday’s front page reported COVID-19 had arrived in Opotiki. That edition couldn’t be delivered to town letterboxes under the new rules, but rural ones when are served by NZ Post are okay.

In  response, The Beacon made the digital edition of the paper available for free. Usually only paying subscribers can see it behind the Beacon’s paywall.

And its definitely been running relevant news: 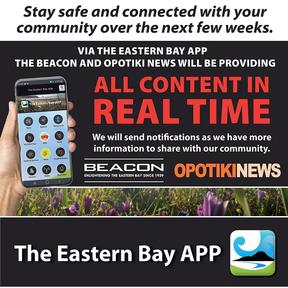 Meanwhile, The Beacon Group's other community papers in the region - Opotiki News, The Eastern Bay News, Waitomo News - are still not 'essential' under the news rues and - according to the publisher - unavailable for the duration of the lockdown.

The Beacon is also putting their local news stories for free on its Eastern Bay app while it can’t print and deliver the papers.

But that means it can’t make money printing the ads which are the papers’ lifeblood.

Another paper in a similar position is Nelson Weekly which also runs news on The Nelson App - and also one for Marlborough.

But Nelson Mail and The Marlborough Express - paid-for papers in the Stuff empire are being printed and delivered to homes - even though they publishes on only four days each week.

"I'm happy they've allowed some community papers to be printed and distributed but there's disappointment with the way it's been done," the managing director of Nelson Weekly Andrew Board told Mediawatch.

He scrapped one edition last week which he had planned to drop in supermarkets but could not get permission or clear rules in time. 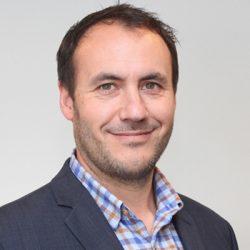 "We had advertisers including councils and the local DHB asking if we were printing or not. We had to pull the pin," he said.

Local authorities are a key source of advertising for media right now.

"We're going lose advertising to our competition who can publish. Is that fair?” he asked

But Andrew Board is not worried about the future of Nelson Weekly.

"Independent publishers are small teams and don’t carry much debt if any. We are well placed to deal with disruptions like this",” Andrew Board told Mediawatch.

"It hasn't been easy . . . but we are quite excited about how it will look getting out of this lockdown period," he said.