OPINION: As the Covid-19 crisis began, NZME chief executive Michael Boggs wrote a letter addressed to all New Zealanders. It promised the company’s publications and radio stations would uphold the “highest standards of journalism” during the pandemic. 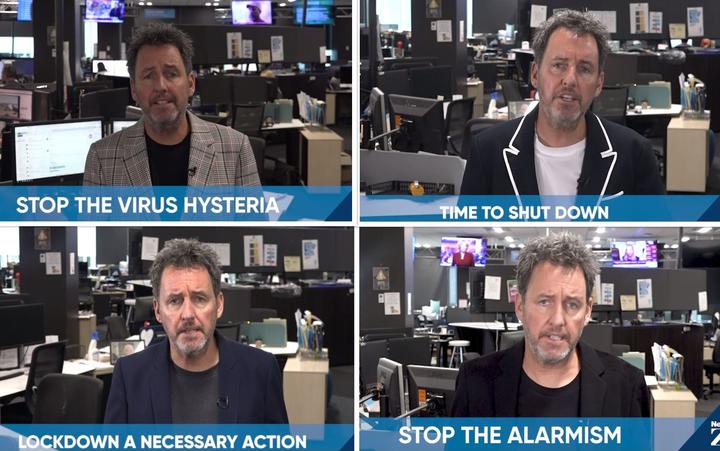 Mike Hosking delivers some of his opinions on the Covid-19 crisis Photo: NZME

Many of the company’s workers have done so, imparting information on how the virus spread, documenting its effects on low-paid workers, and delivering Q&As with experts.

But its most popular, high-profile employee has struggled to live up to Boggs’ edict.

Despite being hailed as a source of vital information, Newstalk ZB’s Mike Hosking seems to have used the pandemic to see how fast he can oscillate from opinion to contradictory opinion.

These are the positions the morning talkback host has taken, in chronological order.

1. We need to stop overreacting to coronavirus

Hosking entered March thinking coronavirus is no big deal. On March 6, he argued Covid-19 isn’t a “killer virus” but merely a “virus that can kill” under the headline ‘Coronavirus hysteria is out of control’.

At that point, the virus had killed nearly 3500 people. But Hosking identified something even worse than the deaths.

“The greatest tragedy is, of course, the economy,” he wrote. “The fallout is not proportionate to the actual health facts. Fear has won, and the psychology of that fear has translated into real bottom lines, jobs, and futures.”

2. The government shouldn’t be too quick to intervene in the economy

Around the same time, Hosking was arguing the government shouldn’t be too quick about delivering stimulus to deal with the economic fallout from the pandemic. Under the headline ‘No need for coronavirus economic panic’, he wrote “these are tough, uncertain days, but they're still early days. Holding your nerve is a skill, hopefully not missing in this government.”

3. The government should have been quicker to intervene in the economy

Just over a week later, the man who urged the government to hold its nerve had vanished, replaced by one who couldn’t understand why it hadn’t acted faster. “The fact it isn't is yet another example of a government that has been caught in too many meetings, and doesn’t know how to be bold. You don't close your country on Saturday and tell us to wait three days to be told how the economic gaps are to be filled," Hosking wrote.

4. We need to shut the country down

After saying the response to Covid-19 amounted to “hysteria” on March 6, Hosking called for the government to put the country into lockdown to deal with the spread of the virus on March 23.

5. We didn’t need to shut the country down

After an interview with Auckland University epidemiologist Simon Thornley, Hosking downplayed the danger posed by Covid-19, saying most of the people it kills are sick or elderly and may have died anyway of different causes. 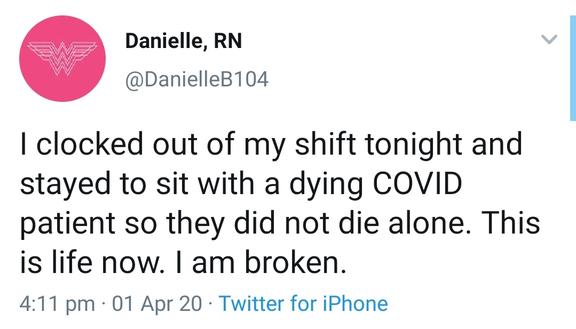 In response to a listener who raised the spectre of an overwhelmed health system, he pointed out that the flu kills 600,000 people every year and yet “we don’t close borders. We don’t land planes. We don’t crash economies.”

Covid-19 is far more deadly and contagious than the flu, and has overwhelmed hospitals because of the volume of people it infects in short spaces of time. As for its economic impact, one commentator has explained why governments have introduced drastic measures to stop its spread.

"We are going up in 10s. Look at the charts of those countries in trouble, they all tell the same story. Michael Baker is right, we need to be shutting doors,” wrote Mike Hosking on March 23.

Strangely, Hosking doesn’t appear to have acknowledged his views have changed over the course of the month, and might not even know they have. It’s possible he exists in an eternal present where the past is eradicated every morning, just in time for Mike’s Minute to begin.

Another possibility is that Hosking is more concerned with criticising the government than being consistent. That kind of oppositionality can have its place. But it’s arguably not appropriate during a public health crisis where getting people timely, accurate information can save lives.

One of Newstalk ZB’s promotions for Hosking’s show reads ‘the vital news you need to know, here and now’. It would be nice if it lived up to that promise - at least for the length of the Covid-19 crisis.