Covering a country under lockdown

Our media have plenty of ‘emergency journalism’ experience after several major disasters and crises in recent years. But covering the whole country going into lockdown was a new one - and in spite of the sudden surge of public interest in their work, the impact will be severe for them too. 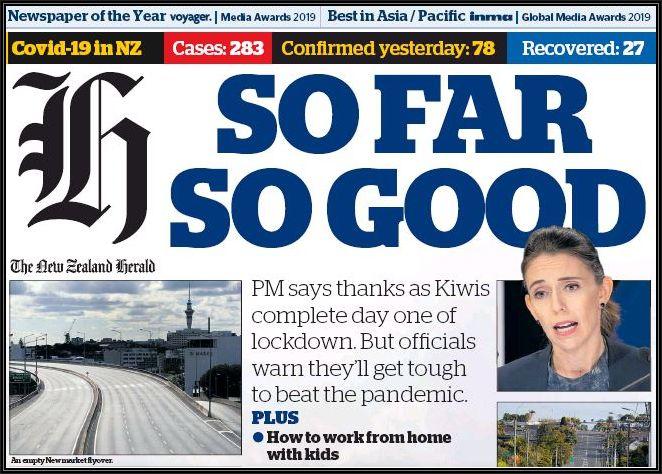 Painting a picture of Wellington the day before lockdown for the global readers of The Guardian, local reporter Charlotte Graham-McLay said it felt surreal "to prepare to hunker down without having seen the enemy yet".

Complacency scuppering compliance would have been on the minds of decision-makers too.

We were already in a state of national emergency at that point after the Prime Minister announced going to Level 3 earlier in the week - and the government’s plan was reinforced by Monday’s rolling news coverage on radio, TV and online.

Media coverage made clear the key things everyone needed to know and what they needed to do - and why.

There were only a few media mis-steps. 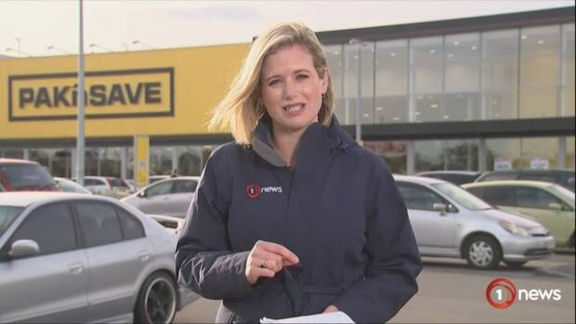 After the announcement of a lockdown-to-come on Monday, reporters scrambled to supermarkets.

Live coverage of panic at Pak N Saves prompted some reporters to ask if they might actually be undermining the message that there was plenty for everyone so long as the first to come didn't super-serve themselves.

But reporters scouting the retailers on the ground also provided news we could use, such as restaurants and shops closing ahead of the Level 4 deadline.

Broadcasters’ schedules were rapidly rejigged this past week to accommodate much more news and public information  about COVID-19 containment.

TVNZ ran a special programme on Thursday in ten languages in response to Ministry of Health concerns they weren’t connecting well enough with Pasifika people - especially older ones.

TVNZ’s launching programs for kids and families next week on its Duke channel and broadcasting fitness sessions next week at 9 am on TVNZ 1 weekdays. There will also be a special kids’ fitness class on TVNZ2 in the afternoons.

Reporters also highlighted where there was a lack of clarity - and helped to provide some themselves.

For instance, what the “essential services” were was not clear right away, but persistent reporters clarified that  - and established that The Warehouse and Dominos Pizza weren’t as essential as they wanted to be.

The same day Stuff’s political editor Luke Malpas pointed out mixed messages from the Government and Police about safely staying in your bubble.

The mostly-clear communication of key facts from authorities - and then, via the news media - certainly boosted peoples' understanding of the unprecedented restrictions when it really mattered. 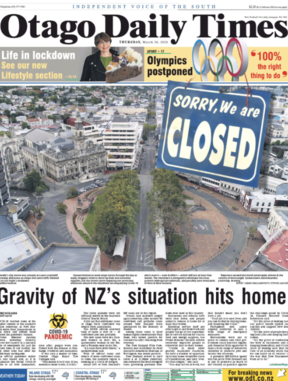 Across the Tasman, where people are still flocking to the beach, the message from the top has been much more murky. Flip-flops over hairdo times hardly projected urgency.

Last Monday the ABC reported surfers at Bondi abused surf lifesavers trying to save them from COVID-19.

One freshly out of the water told the reporter he didn't believe what he read and heard.

“I don’t know what you're doing. I think it's all bullshit,” he said.

But ABC itself was accused of undermining public messages too.

The ABC’s own medical expert and award-winning broadcaster Dr Norman Swan has been pushing hard for a tougher lockdown across the Tasman.

His daily podcast Coronacast has been a big hit.

It’s been reported that the federal government got so upset with Swan’s public criticism and advocacy that it called ABC management to object.

But in spite of public confusion, The Guardian’s Australia editor Katherine Murphy told the ABC the media must question the official line.

“We really need to  . . . continue to ask questions, which is our job. We can't be stunned into some sort of silence or timidity because the times are very serious,” she said.

But do media challenges to government and health authorities run the risk of confusing the key health messages at the worst possible time?

Last week Newsroom.co.nz was predicting dire economic, medical and social consequences without the toughest measures ASAP - running ahead of what the government and the experts it consults were planning.

It’s most strident voice was Bernard Hickey who writes about economics, business and politics for Newsroom. 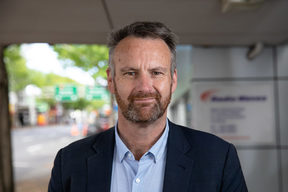 He told Mediawatch he believes criticism of the government's timetable is justified.

"We needed to have a public debate on it, based on what was happening overseas," he said.

"New Zealanders hadn't caught up and that's a failing on the part of the commentariat and the mainstream media in New Zealand  - of which I am a part," he said.

New Zealand media fully justified their collective status as an "essential service" in the current national emergency, and there’s been a huge spike in public demand for their work.

But Bernard Hickey said sadly they won't benefit much from it.

In fact, he thinks some may not survive the economic shocks to come out of the events they’re covering right now because news publishers are largely dependent on advertising revenue.

"Their advertising has stopped because their advertisers are fighting a fire and they don't have time to market. They face a massive challenge in the next few month - even weeks," he said. 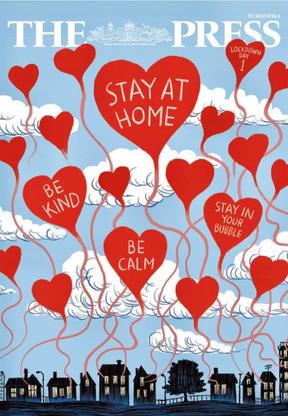 The Press last Thursday - Lockdown day one. Photo: The Press

"It wouldn't surprise me to see them approach the government within a few weeks to say if they don't get assistance, hundreds of journalist currently doing crucial work won't be there at all (in future),' he said.

"The public may not be aware of it, but they should be," he told Mediawatch.

"Some journalists are doing the work of their lives at the moment, but their employers aren't getting revenue," he said.

In an article about all that last Friday, Stuff’s Tom Pullar-Strecker invoked Marvin the Paranoid Android pessimistically parking cars at the Restaurant at the End of the Universe.

"NZME is now seeing an impact on trading revenue due to the economic uncertainty resulting from the pandemic," the company told the NZX last Monday.

The crisis is already starting to bite in the real world for journalists.

This week reporters at Stuff and NZHerald publisher NZME were asked to take leave soon to reduce costs  and at NZME, some were given 24 hours to express interest in voluntary redundancy