Media strive to adapt to ‘the new normal’

The media are playing an important role conveying essential information during the COVID -19 crisis, even as their people work at a distance from each other and the economic upheaval clouds the future for some. But a surge of contradictory comment also risks confusing people at a critical time. 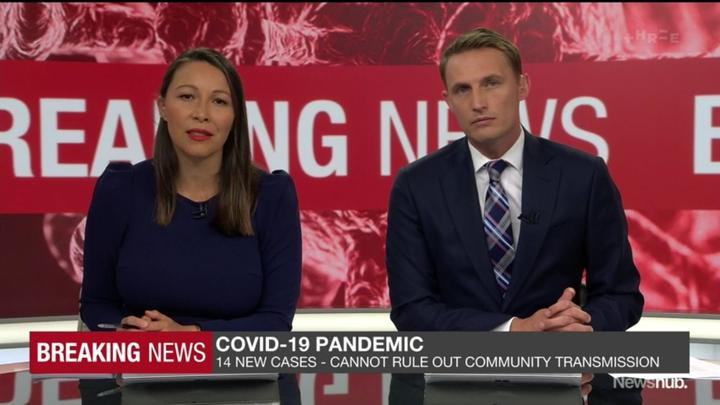 When Jacinda Ardern addressed the country at noon on Saturday, Newshub had already been covering developments live for three hours on Three.

They were live for another hour after that too, with two expert scientists in the studio and reporters responding to the news. As the pundits have been saying of the PM, Newshub performs well in a crisis too.

Newshub is the news wing of broadcasting company MediaWorks which put its loss-making TV arm up for sale last year.  At that time some were saying its TV channels could be switched off altogether before the new year.

The economic fallout from COVID-19 further threatens the financial future of MediaWorks - and others in the commercial media marketplace right now.

But all major media outlets covered the announcement and explained its significance to an anxious audience and all have created extra content in various ways to keep them informed once the COVID-19 crisis became acute. 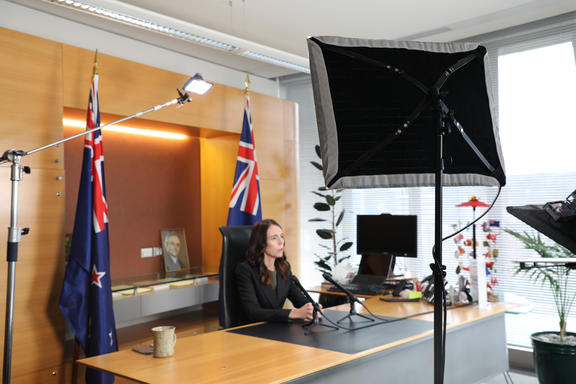 Jacinda Ardern's address to the nation on March 21. Photo: Supplied

The PM was clearly worried about people reacting to information at odds with the experts it consults.

“This is a time when I know people will want as much information as possible. It’s also a time when there is plenty of misinformation,” she said in her address.

On his Newstalk ZB show yesterday morning, Jack Tame told his listeners some in his own newsroom were out of step with each other.

“There are elements of the punditry, colleagues of mine, who just weeks ago were saying this whole coronavirus thing was overblown.They're now screaming that the government should have acted sooner or restrictions should be harsher,” he said.

Last Wednesday,  NZME’s chief executive Michael Boggs released a statement about its responsibility in the current crisis headed “A Letter to New Zealand”.

After the travel restrictions announced by the government one week earlier, breakfast-time host Mike Hosking complained last Monday the measures were too little too late, having previously warned against jumping the gun. 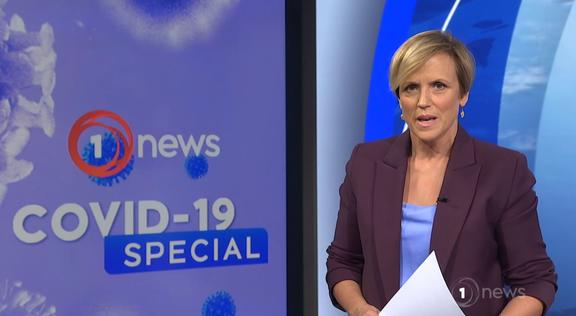 But at midday, host Andrew Dickens was urging his listeners to get behind them, chastising colleagues who'd been critical.

“Any argument that might weaken people’s resolve and personal responsibility will only weaken the fight against mitigating the virus’ effect,” he told ZB listeners.

But just minutes later, ZB’s own political editor Barry Soper was telling Andrew Dickens getting “too paranoid about this” was no use.

He said the travel restrictions and economic measures put in place would damage the economy badly and may not prove to have been necessary jn the end.

“We should be doing what Britain is doing - expecting the inevitable that people will get it - and build up immunity in the community,” he said.

The UK’s so-called ‘herd immunity’ strategy was being heavily criticised by public health experts at the time pointing out that would condemn tens of thousands to death. Herd immunity usually works in conjunction with known illnesses for which vaccines are available.

And in any case, the UK government insisted that was not actually UK government policy andthe next day, UK PM Boris Johnson was telling the herd not to roam free after all when he announced new rules to put parts of the country “into lockdown” . 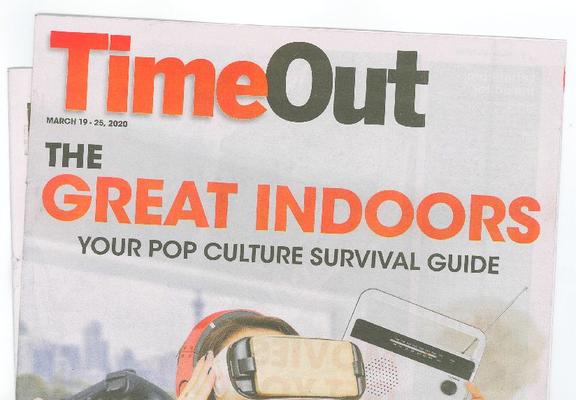 The following morning, the top of Newstalk ZB’s website featured no fewer than four opinion pieces by the station’s hosts contradicting each other about the COVID-19 crisis - and pushing down actual news stories about it.

The previous Sunday, ZB and Radio Sport host Martin Devlin railed against the government’s plans throughout his three-hour sport show, telling listeners social isolation was ineffective and a “bat-shite crazy” idea adopted because the PM wanted to look good in the eyes of the world.

He also told callers he did not believe COVID-19 counted as a pandemic.

In his corporate statement last Wednesday, NZME’s chief executive Michael Boggs also said: “We have radio networks, newspapers and websites that connect with New Zealanders every day . . . and we’re open to ideas.”

Opinion pieces are everywhere in the media these days because they are often more widely read and shared than the news.

A good idea would be dialing down the contradictory in-house commentary day-after-day, confusing the listeners at a critical time.

There have been some excellent examples of media using scientific experts to good effect - at NZME outlets and elswhere.

Along with Professors Michael Plank, Shaun Hendy, and Alex James he analysed a report out of the UK's Imperial College London which prompted countries around the world  - including the UK - to rethink whether to suppress COVID-19 or merely mitigate its effects.

Last week, Jamie Morton wrote The maths of Covid-19 - and how you can change it in wihich professors Plank and Hendy explained how statistical models track it. It was complicated stuff but clearly explained and illustrated.

Remote but in control 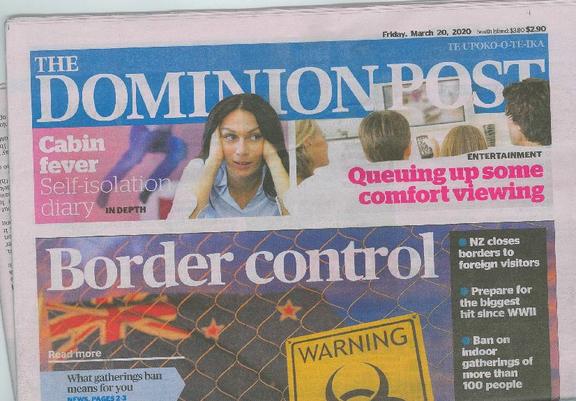 On Newstallk ZB yesterday, Jack Tame gave listeners a glimpse of what was happening behind the scenes:

"The newsroom is dividing – there’s a red team and a blue team. The teams will take turns to work out of the newsroom and work at home. They’ll never cross over in the office," he said.

"But for the theory to work in practice, you can’t do anything socially with your colleagues either. Physically, you can never cross paths," he said.

Other news outlets have taken unprecedented measures to keep newsgatherers safe too - and keep the news coming  to meet unprecedented demand for it.

Nothing but coronavirus in the Herald's top 10 online stories on Wednesday. Photo: PHOTO / RNZ Mediawatch

The previous record for daily visits to the site was on March 15, 2019 - the day the worshippers were attacked at Al Noor mosque and Linwood mosque. That volume of visits was exceeded last Tuesday - and again the two days that followed.

"I can remember thinking we would never get more traffic than that because of the volume that came from overseas on that day. People want news and live coverage and updates of what's happening right now," said Megan Whelan.

"It all feels like it's happening very fast. We published a timeline which showed everything that's happened since late last year. It's ramped up in the past two weeks and people are trying to find out how," she told Mediawatch.

Like many others in newsrooms right now, Megan Whelan is working remotely from home - but not everyone can.

"As a broadcaster, someone has to be in front of the microphone. Some has to be there to make sure it connects to the transmitter," she said.

"We're trying to do some things in more creative ways, but if more restrictions come in meaning more people have to stay home, we will have to look at what we can and can't achieve and which services we operate," she said.

Megan Whelan told Mediawatch discussions have already taken place between major media companies about pooling some resources and working together.

"They're focused on things like live-streaming press conferences and if we can send a singe team to do that that limit the number of people who attend," she said.