Major media organisations rolled out lots of commemorative coverage to mark one year since the atrocity in Christchurch. It honoured those who died - and those who survived but have suffered - and gave New Zealanders a chance to hear more from Kiwi Muslims. But some of them didn't welcome the commemoration. Mediawatch asks filmmakers and reporters from Christchurch how to get the balance right. 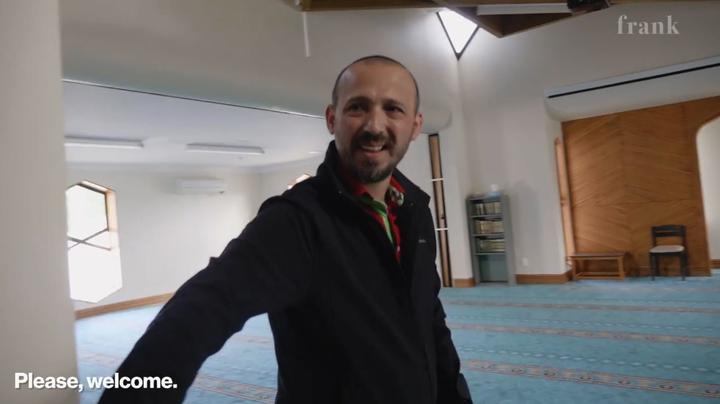 Two weeks ago, Otago Muslim Association president Mohammed Rizwan told the Otago Daily Times the group would not be taking part in the memorial service in Christchurch - and there would be no such event in Dunedin.

He said anniversaries were not a big part of Islamic culture  - and a Muslim Association of Canterbury spokeswoman echoed those sentiments.

"We are OK with it, in the sense that this is what the rest of New Zealand wants. But personally, as Muslims, it’s not something we have,” she told the ODT.

With that in mind, the association created a website of its own - One Year On. 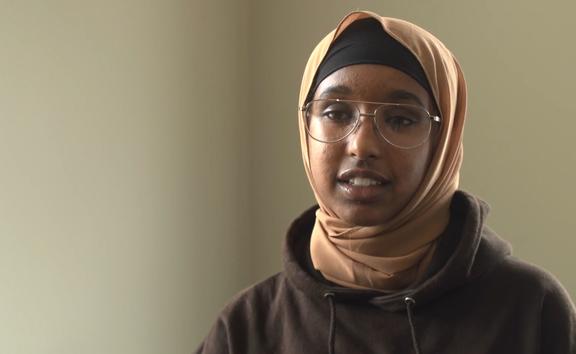 Mulki telling her story in a video from the 'One Year On' website. Photo: screenshot /One Year On

“It has been created to make it easier for our small community to respond to the many requests we get from New Zealand and overseas media,” says the site.

“We trust that media will respect our community’s privacy and wellbeing at this sensitive time,” it says.

In one of  six “Message from the Mosques” videos, a young woman named Mulki - one of the survivors of the attacks - makes it clear in her video she didn't relish the anniversary either.

She’s not the only one in the videos who feels that way.

But Al Noor mosque spokesperson Tony Green says on the site their community wants the videos to be shared far and wide online - and they have been. The Press reporter Charlie Gates turned Mulki’s message into a story for Stuff.co.nz - most read news website in the country. 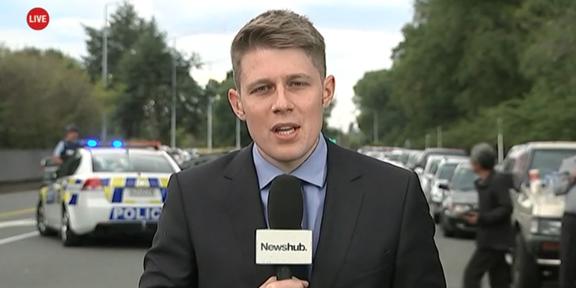 TV reporter Thomas Mead - along with Newshub camera operator Mike Johnson - was confronted with the worst consequences of ethnic extremism in his home town on March 15 2019.

His remarkable interview with wheelchair-bound Farid Ahmed at the police cordon was seen all over the world.

Now with TVNZ, Thomas produced several stories with survivors and victims' families to mark the anniversary.

Did he sense that it was an unwelcome event for them?

"There is a mix of opinion among those I have spoken to and among the leadership about how much we do. But the guiding factor for me is that the imam at the Al Noor Christchurch Mosque said it is an opportunity to look back and reflect," he said.

"Some people didn't want to be involved but others - especially those I spoke to in the days afterwards - were very open in talking about it again. I'm continually amazed by how open some of the victims are," he told Mediawatch 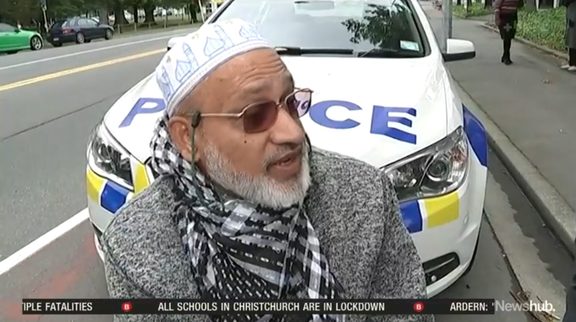 "Remember they are also getting requests from international media and I think that is becoming overwhelming for some of them,' he said.

In the end, the centrepiece of this weekend's anniversary - the national commemorative service at the Horncastle Arena - didn't take place because of coronavirus precautions.

But much of the special commemorative content from the media did give Kiwi Muslims a voice - one rarely heard in our media before March 2019.

The One Year On site itself hosts some of it including This is Us - a series of digitafConvel stories created by Iranian-born Kiwi film-maker Ghazaleh Golbakhsh for RNZ.

TVNZ1 on Tuesday aired We Are One - a documentary following six of these families through their first year after the attacks.

Not all the special programs about March 15 2019 lately have been all about the personal stories.

He said he had hoped New Zealand would stop believing it was immune to far-right extremist violence after March 2019 - but a year on, he’s not sure enough has changed.

"We still need to do more, including on keeping the public better informed that the problem hasn’t gone away. Just ask those who continue to be targeted," he wrote.

Just last Monday Stuff’s Thomas Manch  - and Newsroom’s Marc Daalder  - both reported a member of the far-right Action Zealandia organsiation was planning possible crimes, sounding out sources of guns and reaching out to dmagerous neo-Nazi groups overseas including The Base in the US.

Two other people affiliated with AZ have recently been arrested: on following a threat made to worshippers at the Al Noor mosque and a last month Thomas Manch identified a 27-year-old soldier as a member.

Telling a city's stories up close

Nine Bullets was produced for Stuff by Frank Film founder Gerard Smyth who’s done more than anyone to record for posterity the consequences of and responses to Christchurch’s traumas in recent years. 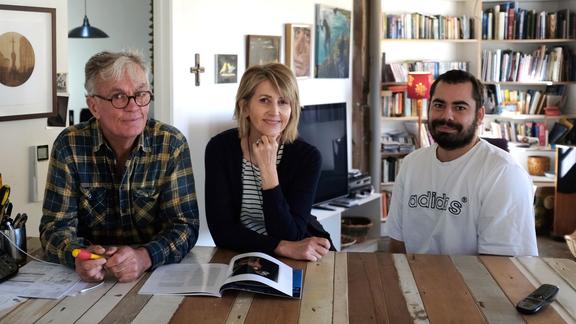 "It's been historic. I can't remember an occasion where every possible type of media in New Zealand has done something on one subject. From TV documentaries to the podcasts so many different stories can be told - from the widows, and people who have been shot to the larger community," he said.

"I was talking to some people from the mosque the other day and one of the things they said they hoped would come from the publicity of the last year is that they can be seen as mainstream New Zealanders," said Gerard Smyth.

"Maybe that's a positive that can come out of it.That's been the power of the coverage for me," said Frank Film' Jendy Harper, a former TV3 reporter who covered the quakes in 2010 and 2011.

"We're sensitive to the fact that not everyone wanted to reflect on that day," Jendy Harper told Mediawatch.

"That;s very similar to the situation journalists and wider media had following the earthquake anniversary. There will be parts of society that don't want to  - just as there will be people that do want to reflect and be together as a group," she said.

Frank Film came into its own producing a definitive account of the quakes in the documentary - When A City Falls - alongside shorter video vignettes for the web.

In a city which gets nothing like the coverage of Wellington or Auckland, the likes of the Changing South series - funded by New Zealand on Air also hosted by Stuff.co.nz - fill a void.

"Current affairs from the South for all New Zealanders," is the way they are pitched.

It's a new form we can do because we distribute on the internet. There's a new kind of contract with the audience and a new literacy. And you can get a lot into a short sharp video," he told Mediwatch.

A good example of this short-form storytelling: What happened at Christchurch Hospital on the day of the Mosque shootings.

"When I was working for TV, we'd do a story on tape and it would go on air and then end up in the library never to be seen again," Jendy Harper.

"Analytics show these (videos have) thousands of views - even around the world," said Jendy Harper.