Midweek Mediawatch: How not to cover Covid-19

In this week's Midweek Mediawatch, Hayden Donnell talks to Karyn Hay about the perils of both-sides journalism during the Covid-19 crisis, a weird on-air monologue from Kerre McIvor, and some slightly cringeworthy market research from Radio NZ.

Both-sides journalism and the Covid-19 crisis 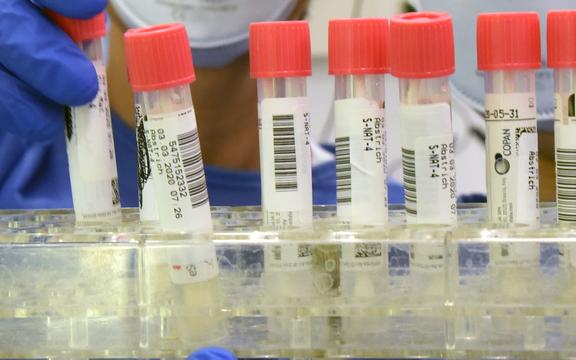 As Covid-19 spread rapidly across the US, President Donald Trump oscillated between two types of misinformation: downplaying the crisis and pinning the blame for it on his predecessor.

“The Obama administration made a decision on testing that turned out to be very detrimental to what we’re doing, and we undid that decision” he told reporters at the White House last week.

In other appearances, he dismissed deepening worry about the virus as a “hoax” and claimed it was no more dangerous than the common flu.

None of those statements were true. The Obama administration hadn’t changed any rules. Covid-19 has killed more than 4000 people, and its mortality rate is far greater than that of flu.

You might not have picked that up if you read The New York Times, which carried Trump’s comments about Obama under the headline Criticized for Coronavirus Response, Trump Points to Obama Administration.

It wasn’t until paragraph three that the report gently introduced an element of doubt, saying there was no easily discernible basis to the statement.

If you want to know why Trump tells lies, this is why …

… sometimes if you say something untrue you can get a headline, a dek, and a two-paragraph lede repeating your lie only to have it debunked further down. pic.twitter.com/MZyb4MnuIC

US public broadcaster NPR characterised Trump’s inaccuracies as saying “what’s on his mind” and going “with his gut”.

“It's a challenge for any politician to accurately convey public health messages: to encourage preparedness and avoid inciting fear without underplaying or overselling the risks. That challenge is particularly acute for Trump given his free-flowing communications style,” its report said.

The media commentator and journalism teacher Jay Rosen spent much of the last week railing against this type of euphemistic coverage of Trump’s repeated false statements.

He says the coverage is illustrative of a deeper problem: political reporters’ addiction to dualistic or ‘both sides’ journalism.

In Rosen’s eyes, many political reporters see their job as stenography: writing down what two opposing political forces think about an issue, and implying the truth is somewhere in between.

The New York Times’ long-serving White House correspondent Peter Baker is particularly committed to that approach, saying in a recent interview that he tries not to form opinions on the truth, even in his private life.

That breed of ‘both-sidism’ has come under heavy criticism in recent years for its tendency to give misinformation and extremism the same footing as facts or more legitimate arguments.

Rosen argues that reporters like Baker stick to both-sides journalism because telling the truth about the actions of an administration like Trump’s can look like bias.

The reason is too unbelievable for anyone in journalism to accept:
1.) To merely describe what he's doing sounds like bias.
2.) Sounding unbiased is a higher imperative than truthtelling.
3.) But in their self-image nothing comes before truthtelling.
4.) So 2.) has to be denied. https://t.co/XMgHGV5ipv

“It’s too damned important to be covered as a two-sided battle over who’s winning the narrative,” he wrote at Presswatchers.

Froomkin says political journalists’ refusal to make assertions on the truth could cost lives during a health crisis where it’s vital to deliver timely, factual information to as many people as possible.

“For political journalists to refuse to even decide who’s right and who’s wrong is ridiculous, particularly at a time of such extraordinary asymmetry in terms of the two political parties’ relationships to reality,” he said. “But when it comes to covering science, refusing to decide who’s right and who’s wrong is not just ridiculous, it’s anathema. It is ascientific – it is the exact opposite of science.”

New Zealand doesn’t have a political figure as outlandish as Trump, but the National Party has been criticised over parts of its response to the Covid-19 crisis.

Hamilton East MP David Bennett was labelled “drongo-istic” for encouraging panic-buying in an interview on FreeFM, and his leader Simon Bridges was the subject of a critical open letter from the microbiologist Siouxsie Wiles after sharing anecdotal feedback on the official response to the crisis.

Media generally led with criticism of Bennett’s comments, though Bridges’ arguably irresponsible assertions fell into a grayer area, and were initially met with less overt pushback.

Debate over the media’s coverage of potential political misinformation also flashed up recently over the response to misleading National Party ads about the government’s ‘feebate’ scheme.

National were eventually ordered to remove the ads by the Advertising Standards Authority after it upheld a complaint against them.

Labour-aligned commentator Neale Jones has argued the ads are a sign that “post-truth” politics is coming to New Zealand.

Whether he’s right or not, media organisations face crucial decisions on how harshly they’ll call out misinformation, truth-stretching, and general bullshit heading into the 2020 general election.

They could do worse than sticking to the hammy old adage: “If someone says it’s raining and another person says it’s dry, it’s not your job to quote them both. Your job is to look out of the window and find out which is true.”

When New York’s Port Authority chief Rick Cotton got diagnosed with coronavirus, the prominent US news anchor Katie Couric was quick to tweet her support.

“Rick Cotton is an old friend of mine. In fact I just saw him on Saturday for the first time in a long time. Feel better Rick,” she wrote.

The sentiment was nice, but as many people quickly pointed out, it was concerning that Couric had recently come into contact with a potentially contagious person.

She was urged to self-isolate.

Today, Couric followed up by telling people she had been told by New York health authorities and her private physician that she didn’t need to self-isolate.

“My interaction was a 90-second conversation with an asymptomatic person and involved no physical contact,” she wrote. “Overall, the people I spoke to said to continue using common sense and good hygiene practices.”

Couric isn’t the only prominent American to be criticised for failing to self-isolate after potential expose to Covid-19. President Trump has also come under fire for refusing to be tested for the virus despite coming into contact with people who’d interacted with an infected person at the conservative conference CPAC.

Which of the 10 New Zealanders are you?

RNZ yesterday released several documents on its ill-fated plans to sideline RNZ Concert and establish a youth-focused radio station in its place.

The documents, requested under the Official Information Act, show Radio NZ’s management believed RNZ Concert is underperforming, in part because much of its audience is made up of existing Radio NZ listeners. They originally floated a plan to shunt the station off radio entirely, before adjusting to allow it to continue on an AM frequency.

But the part of the document dump that’s caught most peoples’ eye is some market research carried out by Colmar Brunton for the bosses investigating the new station.

It boils the entire New Zealand audience down to 10 categories, including ‘Tell-it-like-it-is Sports Fan’, ‘Go-getter’, ‘Globalist’, and ‘Curious Intellectual’.

Comedian Tim Batt took a picture accompanying the research and came up with his own descriptions for the groups, in an article for Metro.

He sees the ‘Tell-it-like-it-is Sports Fan’ someone who has ‘very definite opinions on immigration’ and the ‘Globalist’ as a person who finds themselves ‘between lagers wondering aloud if men really are copping it a bit unfairly in this #MeToo era’.

This is the his mock bio for a ‘Go-Getter’: "You are the most feared entity at a BBQ or house party. You ignore subtle social cues like it’s an Olympic event, have an Instagram account riddled with shirtless beach selfies and are (admittedly) doing pretty well at Vodafone. Everyone is sick of you bringing up Bitcoin."

For instance the ‘Tell-it-like-it-is Sports Fan’ is described as someone who wants to ‘hear it straight-up from presenters who aren’t afraid to say what they think (because they don’t worry about offending people)’.

A weird moment for Kerre McIvor

Kiwi NRL players Corey Harawira-Naera and Jayden Okunbor were suspended this week after reports they'd brought teenage girls they'd met on a team school visit back to their hotel rooms.

Their suspensions were mostly welcomed as a small step forward for the NRL, which hasn’t always covered itself in glory in disciplining off-field offences.

It brings to mind a 2010 column McIvor wrote for the Herald, which hits on similar themes.

“I'm of the mind that if women head out on the town with the purpose of being shagged by a sportsman, then they must bear some responsibility for their actions," it reads.

“Treating all women as victims infantilises them. If women want sexual freedom, they must accept sexual responsibility.

“Alcoholic comas, unwanted sex and remorse are occupational hazards for trollops on the prowl.”

For more on why that's not a great way of looking at sex, or consent, you can read this essay by the lawyer and commentator Madeleine Holden over at Metro.

But even with that history, you’d think that McIvor would’ve hit pause on the monologue when she saw the words ‘school visit’.

There’s a power disparity at play. Corey Harawira-Naera is 24. Jayden Okunbor is 23. They’re professional NRL players being hailed as sports heroes on a school visit with their team. The could've acted professionally.

On Monday, Stuff put out an article telling the story of Mulki, who survived the March 15 terror attacks, sourced from the website oneyearon.org.

The site has been set up to manage media interest in the community as the March 15 anniversary approaches.

It also looks like an attempt to create distance between journalists and the victims of the massacre, with one section requesting that reporters direct their enquiries through a single email address.

The site isn’t the only evidence of discomfort among March 15 survivors heading into the one-year anniversary of the attack.

Last month, the Otago Daily Times ran an interview with Otago Muslim Association president Mohammed Rizwan, who said many of the families were unhappy with a commemoration service set to take place on the anniversary.

It’s not typical to mark anniversaries in Islamic culture, Rizwan told the paper.

"We remember every day what has happened, and pray for those who have lost their lives every day,” he said. "We do not need a fixed day to actually remember them."

The paper reported that the Canterbury Muslim Association was also not involved with the service. The association’s statement said that its members just want to move on with their lives, but understand that many Kiwis want a memorial.

"We are OK with it, in the sense that this is what the rest of New Zealand wants. But personally, as Muslims, it’s not something we have."