Authorities and the media alike knew it was just a matter of time before we had our first case of the new coronavirus here. But panic-buying sparked by the breaking news prompted more headlines this weekend that undermined the message to keep calm and carry on. 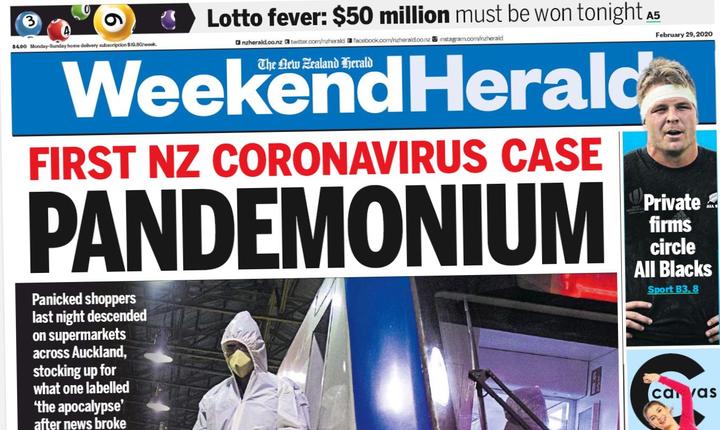 "This morning, as supermarkets are apparently overwhelmed by people stressed out about ... a looming threat we can’t see, I think it’s a good opportunity for us all to strike a balance between prudence and perspective," he said.

It wasn't prudence and perspective that needed to be balanced - but facts and fears.

Moments before he said all that on air, ZB's traffic report warned of car congestion around supermarkets.

The ZB news at the top of the hour began with reports of panic-buying in Auckland supermarkets that morning, quoting one shopper's description of a "zombie apocalypse."

"It's just nuts," Alexia Russell told ZB news after visiting Wairau's crowded Pak 'n Save for supplies for a party.

Alexia Russell is also the producer of daily news podcast The Detail for RNZ and Newsroom.co.nz.

Two days earlier an entire edition of it was devoted to misinformation about Covid-19 and how it could provoke fear.

Meanwhile on RNZ National, Kim Hill told her listeners: "I'd be panic-buying in Auckland too if I'd seen the screaming front page of the Weekend Herald."

The front page of the paper on sale in Auckland yesterday was indeed startling. 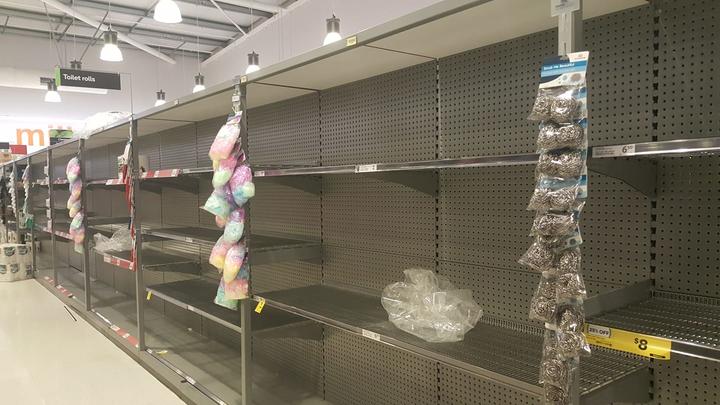 Under the banner headline 'First NZ Coronavirus case: PANDEMONIUM' there was a big photo of a man in protective gear washing down an underground train.

But it wasn't taken at Britomart station in Auckland - it was from Tehran, the capital of Iran and the point of origin of the New Zealand citizen who’d tested positive in Auckland on Friday.

There was also a smaller photo at the bottom of the page showing empty shelves at an un-named Auckland  supermarket. The caption claimed “shelves across Auckland” were being cleaned out.

"Panicked shoppers had descended on supermarkets across Auckland, stocking up for what one labelled ‘the apocalypse’," said the Weekend Herald.

Panic-buying in several locations was certainly newsworthy, but how bad was this really?

The Herald story quoted one resident as saying his local Pak 'n Save was “weird” from the outset - as it was hard to find a park at 9.15pm.

“We have been doing our groceries on Friday evenings for the past four years. Never seen anything this bad,” said another.

Another told the Herald it was “worse than Christmas Eve” in the aisles - but the Christmas crush at Countdown doesn't usually make the news.

And the panic-buying didn't feature at all on the front pages of the other weekend papers in The Herald's stable around the North Island.

Further South the Otago Daily Times - which shares copy with the Herald - lead with “First case of virus in NZ.” 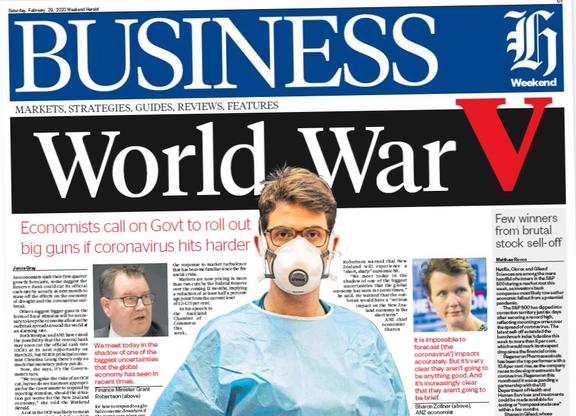 It's war . . . in the business section. Photo: PHOTO / RNZ Mediawatch

But queues and car park crushes in Auckland shops weren't part of the picture.

The business section of the Weekend Herald had the banner headline 'World War V' and a huge picture of a health worker in a gown and facemask.

Dramatic stuff, but the pic was from Turin, Italy - and the actual story was an otherwise sober - and sombre - assessment of what coronavirus might do to our economy in the coming months.

Just as health authorities here have been planning for a case of Covid-19 on our soil, news media were ready with “what you need to know”-type explainers which were rolled out online when the news broke.

Radio stations had public health experts on hand to go on air.

"It's absolutely business as usual. Go out and enjoy yourselves and do your usual things," Otago University's professor of public health Michael Baker said on NewstalkZB on Friday soon after the news of the first case was confirmed.

He could have added we should stick with trusted sources of news and information - but take panicky headlines like PANDEMONIUM and WORLD WAR V with a pinch of salt.